Seven Minute Frosting is a classic. Basically sugar and egg whites heated and beaten together for seven minutes to form a soft fluffy, marshmallowy icing that turns any cake into a special occasion masterpiece. (Skip to recipe.) 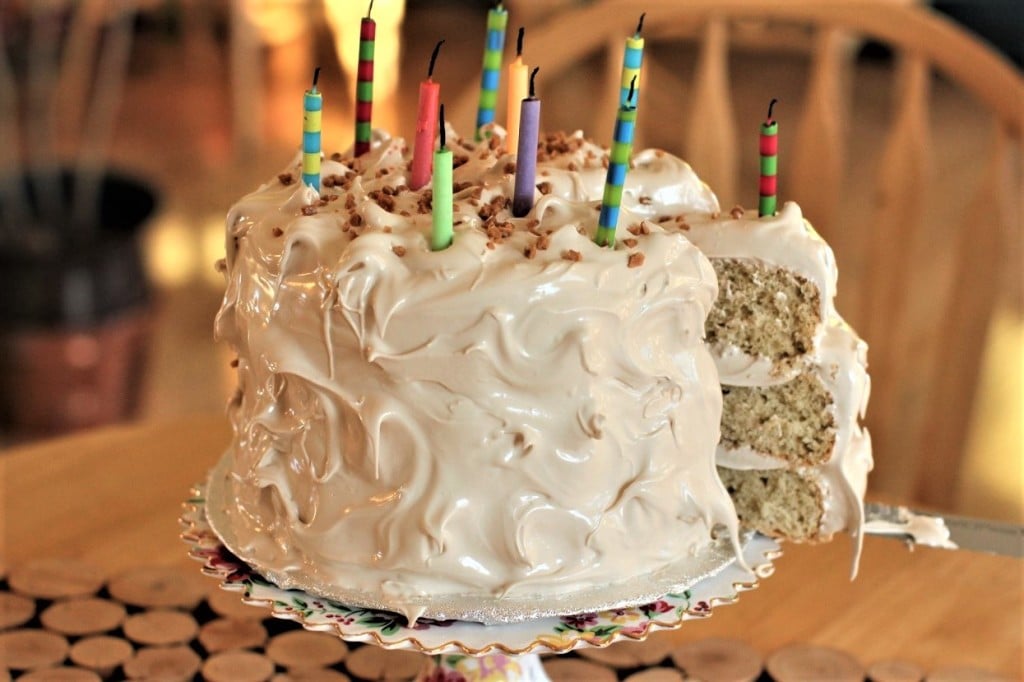 Cooking with Meredith and Lara

Two weeks ago my little sous chef kitchen buddy had a birthday - she turned ten! To celebrate we had to bake a birthday cake, of course. 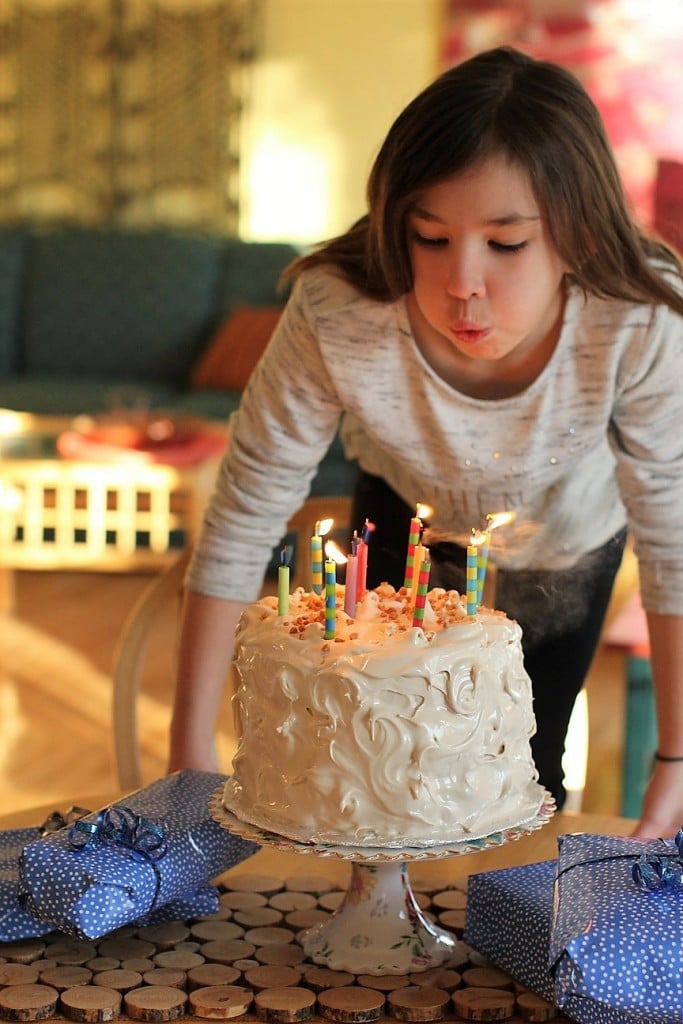 Meredith invited her friend Lara over, and the three of us had a birthday baking spree and our own little party. The girls measured, stirred, and sneaked fingers of cake batter. 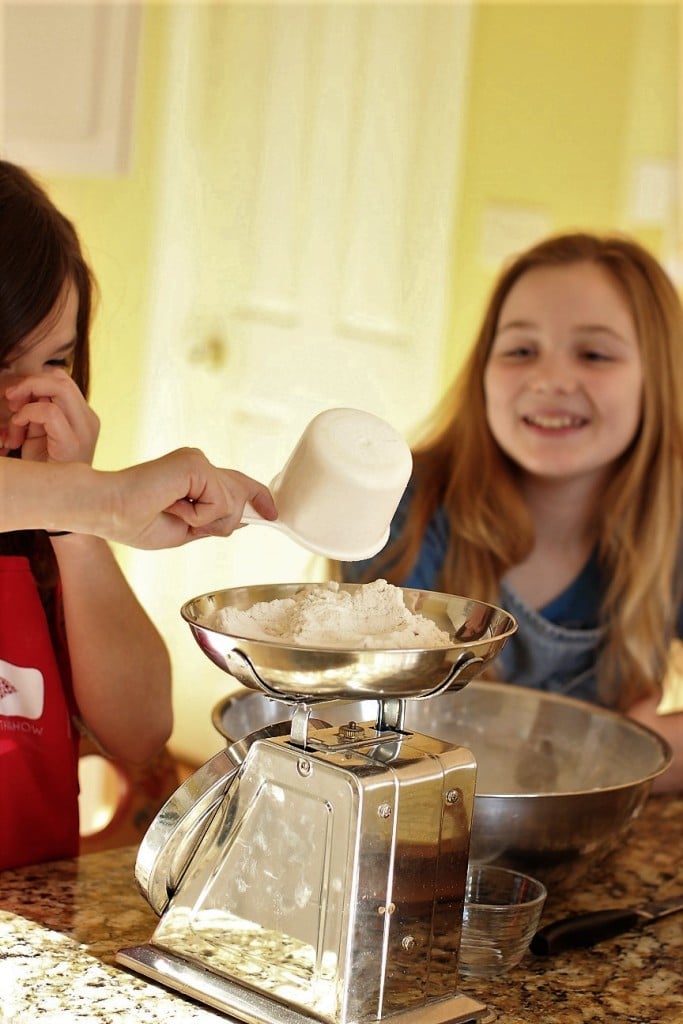 They folded, whipped, and poured, then sneaked more batter. 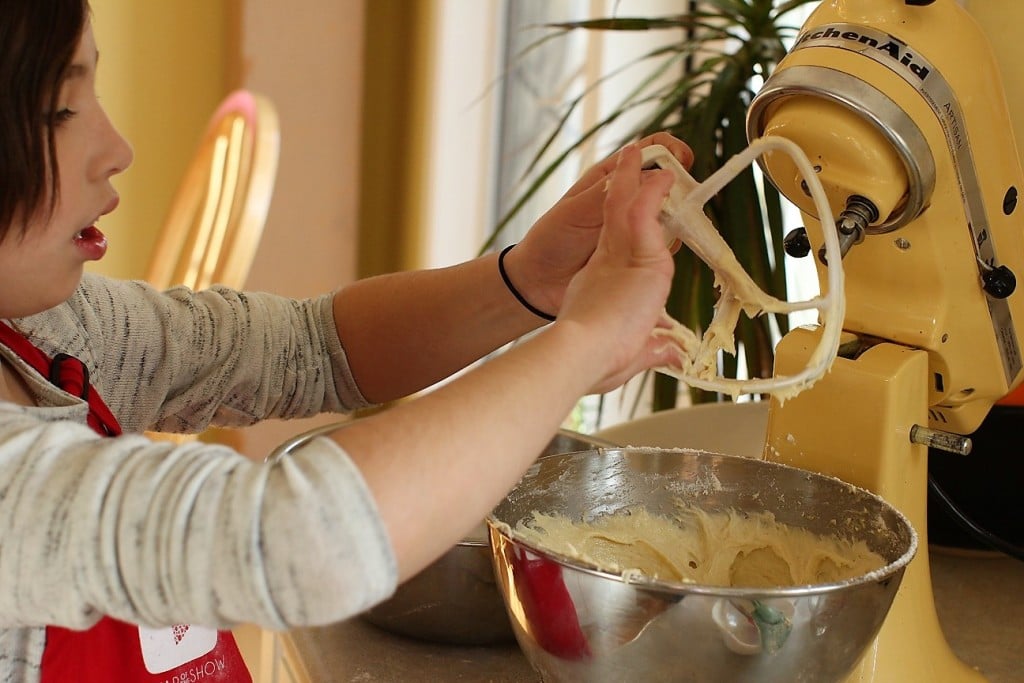 In between, they invented some crazy dance moves.

Then they made icing. They measured and separated eggs and whipped it up with the beaters, all the while sneaking more fingerfuls of fluffy icing. 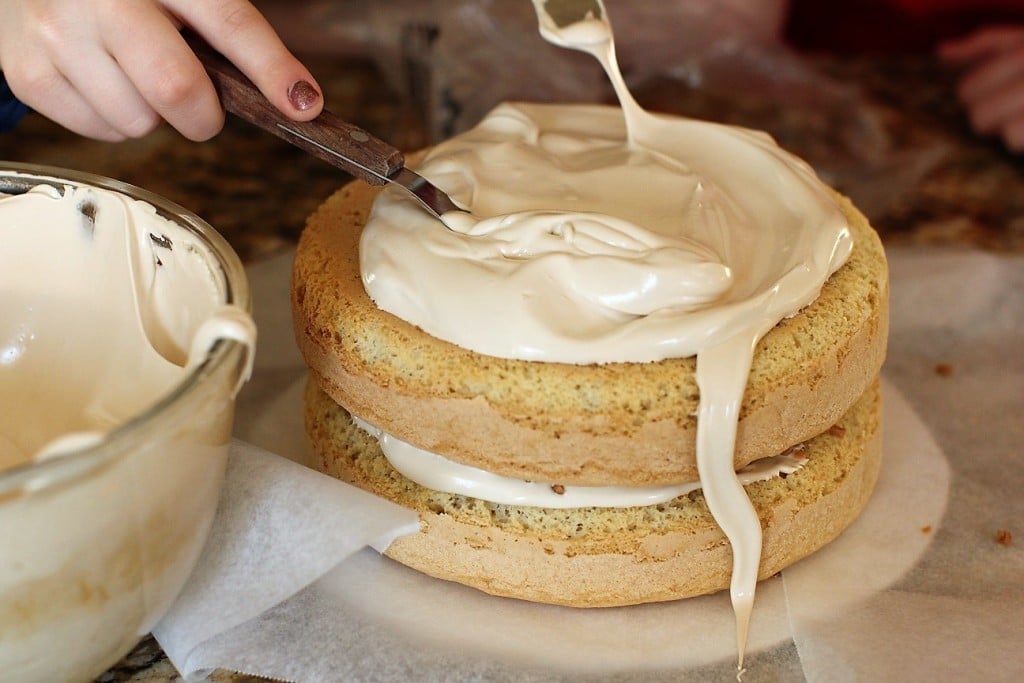 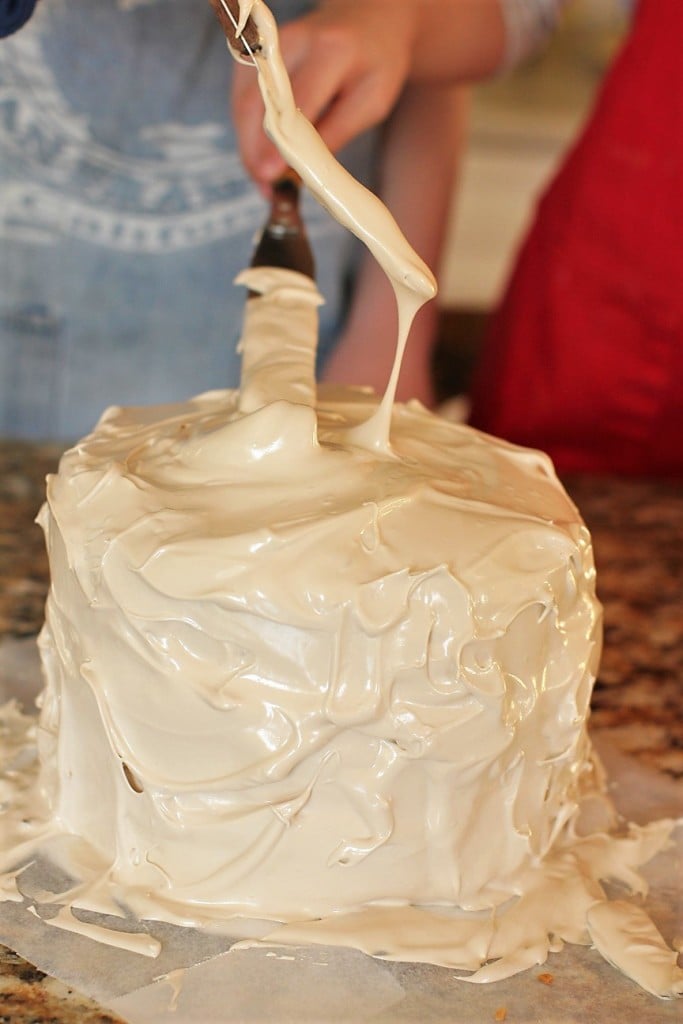 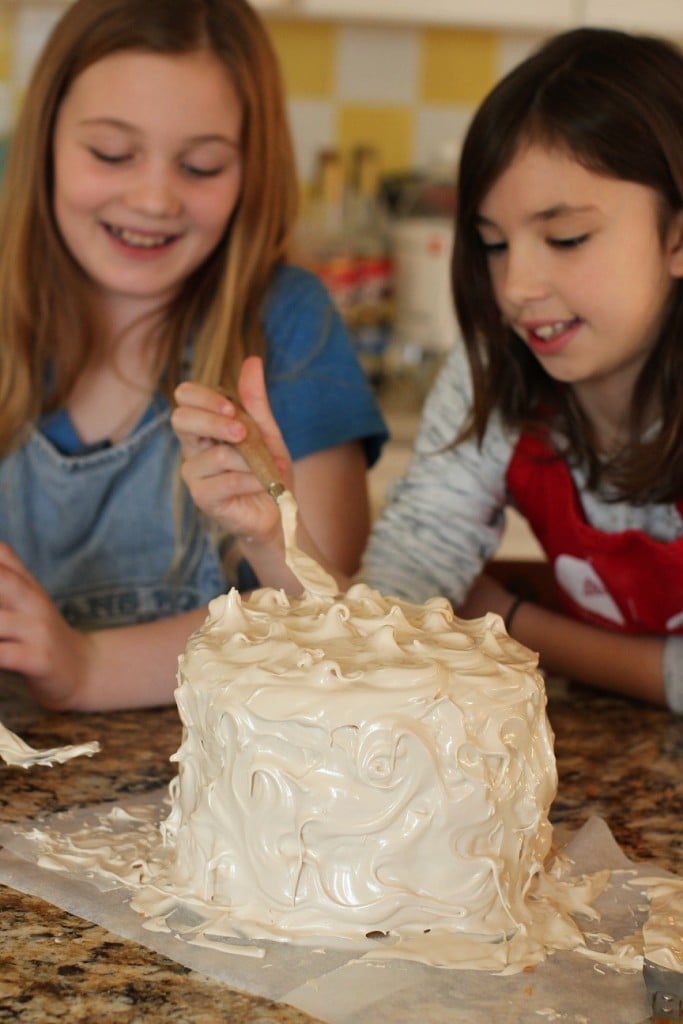 They finished off by smoothing and spreading and swirling the icing on the cake, licking fingers, spoons, bowls, and beaters. 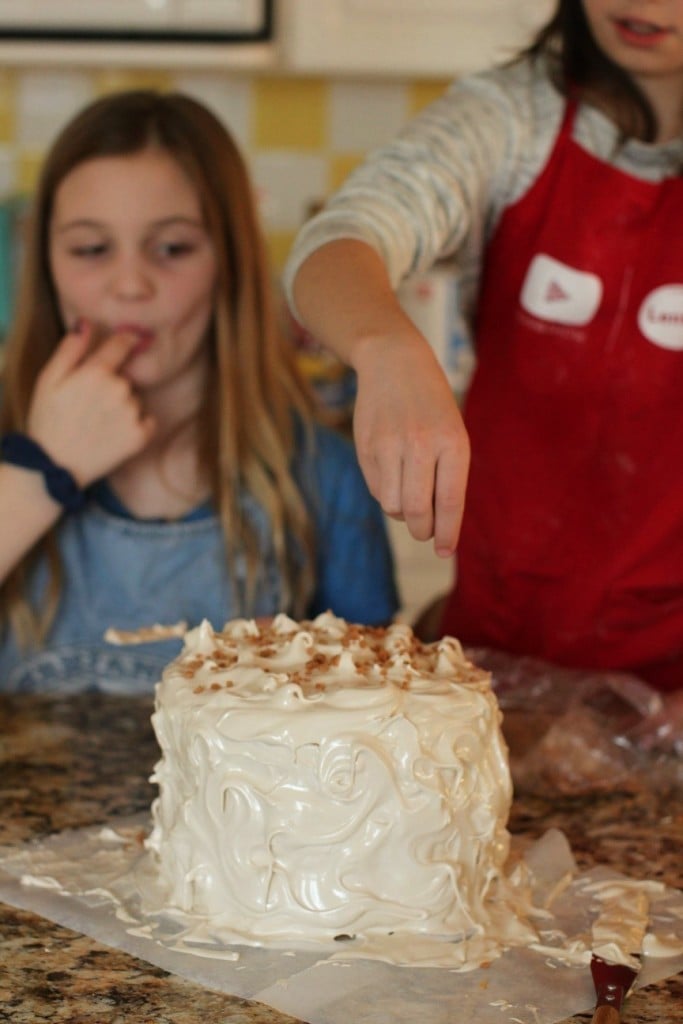 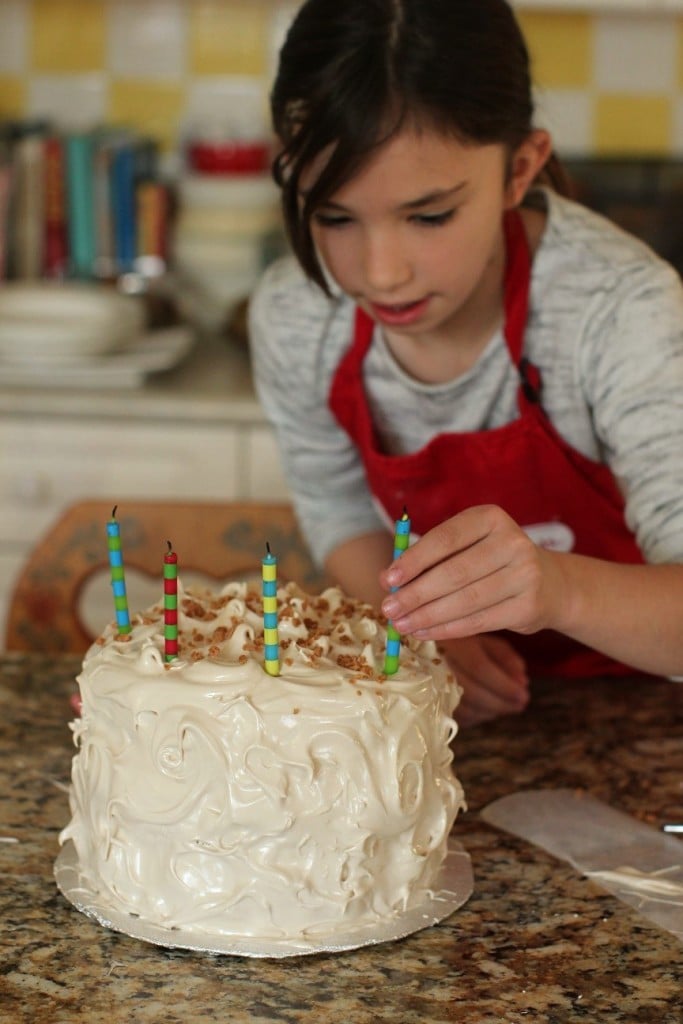 It's a tough job. Takes a high level of snitching skills. 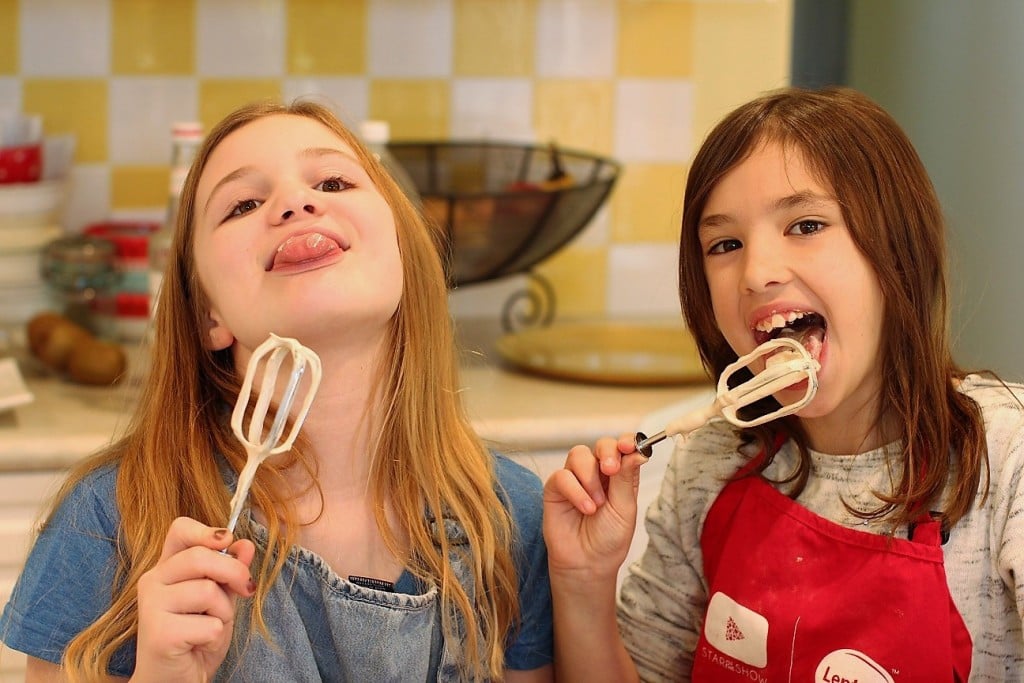 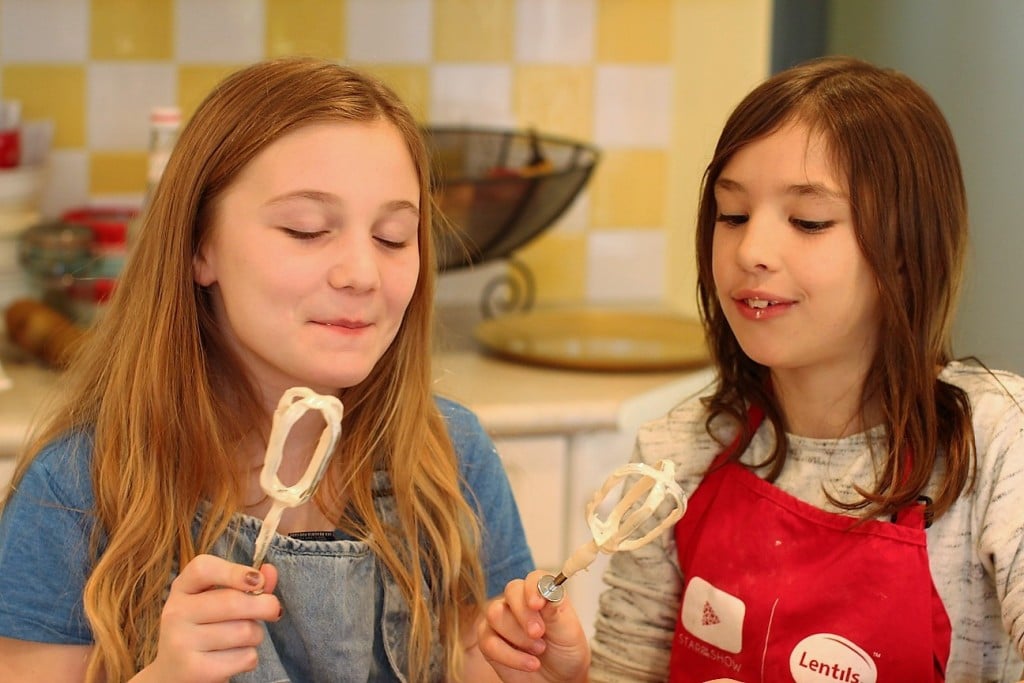 The icing we made is the classic Seven Minute Frosting - the one my mom made for all our birthday cakes when my sisters and I were growing up. It brings back such fluffy, gooey, sweet memories for me. This lovely icing is basically a soft, billowy meringue, smooth as silk and not tooth-achingly sweet. I'm sure the reason it was a family staple is because it's mainly made from egg whites and sugar - basic ingredients we always had in the house on the farm. The recipe comes from mom's old Fannie Farmer cookbook, and the traditional version is a light, snowy-white icing that swirls easily into kiss-curl drifts on the cake. 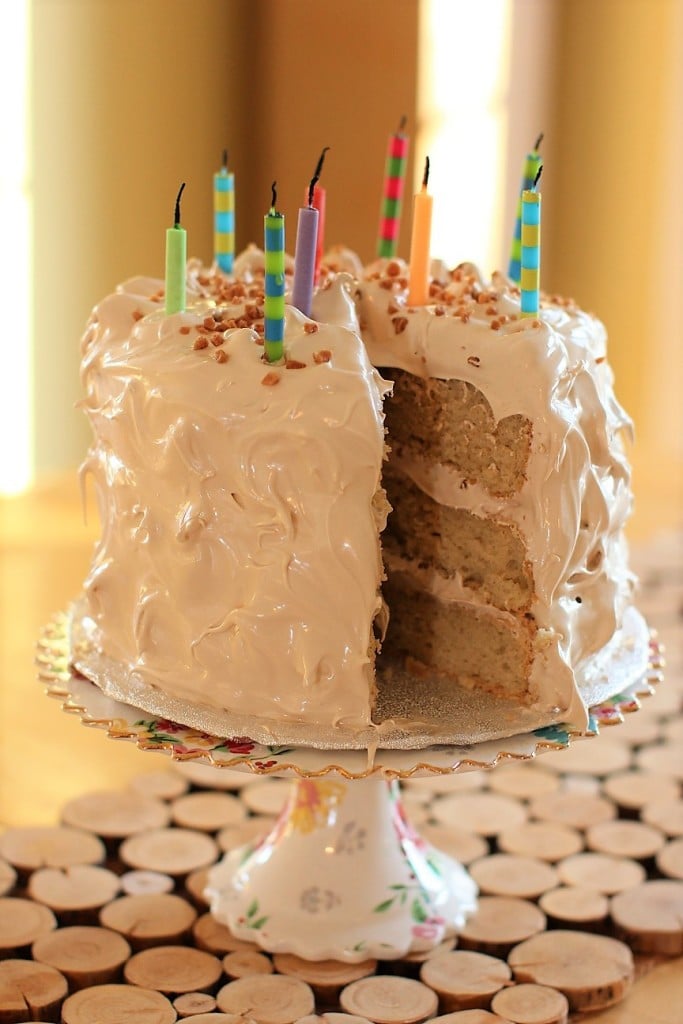 Meredith chose the caramel variation, so we substituted one cup of the granulated sugar with brown sugar. We made one and a half times the  recipe for our three layer cake. Once the girls iced it, those layers became a majestic tower of creamy caramel swirls, with toffee bits added between the layers and showered over the top.

She was a very happy birthday girl - the cake turned out just as she'd dreamed it. 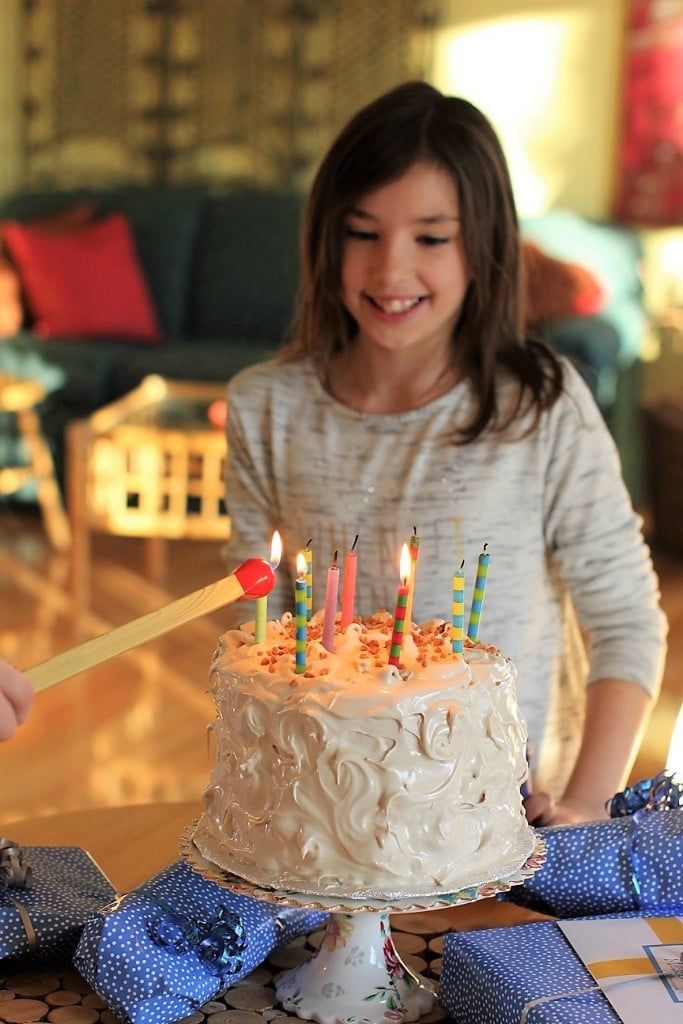 The beauty of this frosting is that it takes less than ten minutes to make - one minute to measure and seven minutes to beat. How's that for easy? Plus it's gluten free and dairy free, too. If you haven't tried this simple and luscious old-fashioned frosting yet, you might be really surprised at how light it is - a refreshing change from some of the heavier frostings often used today.

A lovely frosted cake would also look fantastic with the homemade sprinkles we made for Meredith's birthday last year.

Kitchen Frau Note: Before frosting the cake, lay four strips of wax or parchment paper underneath it, overlapping each other around the four sides, to catch the overflow of frosting. Then when you're finished frosting the cake, gently pull out the strips, and dab any loosened icing back into place with the tip of a butter knife. You'll have a nice clean cake plate with no messy edges.

Seven Minute Frosting is best used on the day it is made, as it dries up and forms a crust on the outside if stored for longer (still tastes good, though). 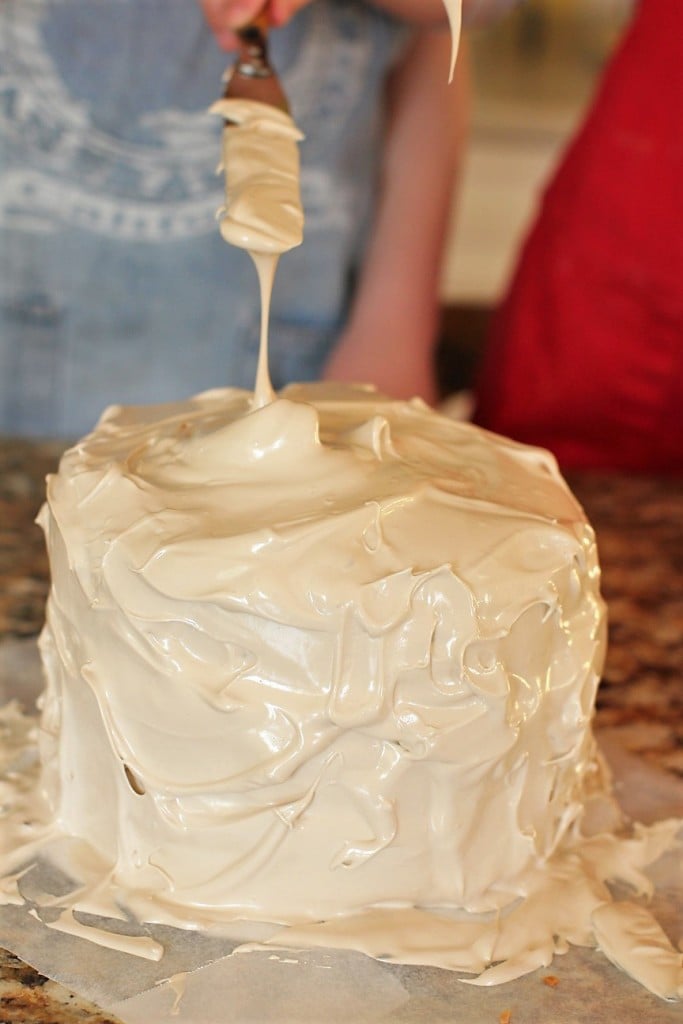 Pour about ½ inch (1.5cm) of water into a medium sized saucepan. Bring it to a simmer. Mix the sugar, cream of tartar, salt, egg whites, and water in a metal or heatproof glass bowl. Set the bowl over the simmering water. Beat steadily with an electric hand mixer on high speed for seven minutes. The frosting should be light and fluffy and stand in stiff peaks when you lift up the beater.

Remove the bowl from the heat and continue beating until the frosting is thick enough to spread.

This frosting is best when served within a few hours of making it.

See what else we’ve been having fun with in our ‘Cooking with Kids’ section!