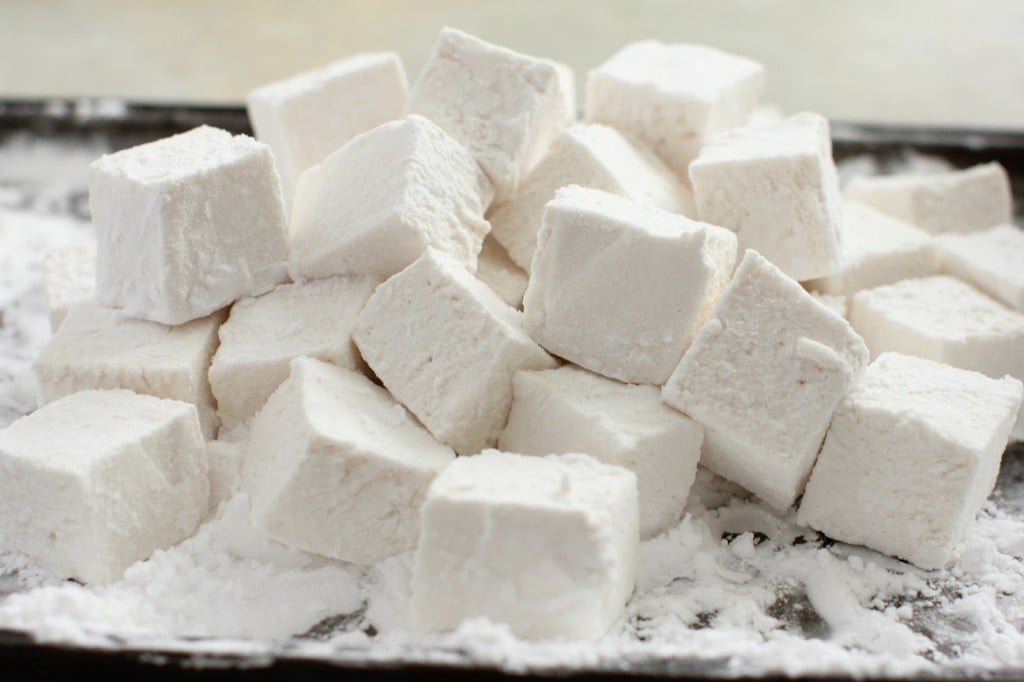 If you've never made marshmallows, you're in for a treat.

I should have known when I read the recipe in my mother-in-law Mabel's cookbook that these marshmallows were a no-fail project. After all, she's been making them for over 65 years, and was turning out batches of them as special treats for her seven children in a time when wood-burning stoves were the heat source, electric mixers were rare, and candy thermometers were for city folk. My husband's sister remembers the children sitting in the farmhouse kitchen and passing the bowl from one to another to take turns whipping these marshmallows by hand.

Whew. I am glad we have electric mixers nowadays. 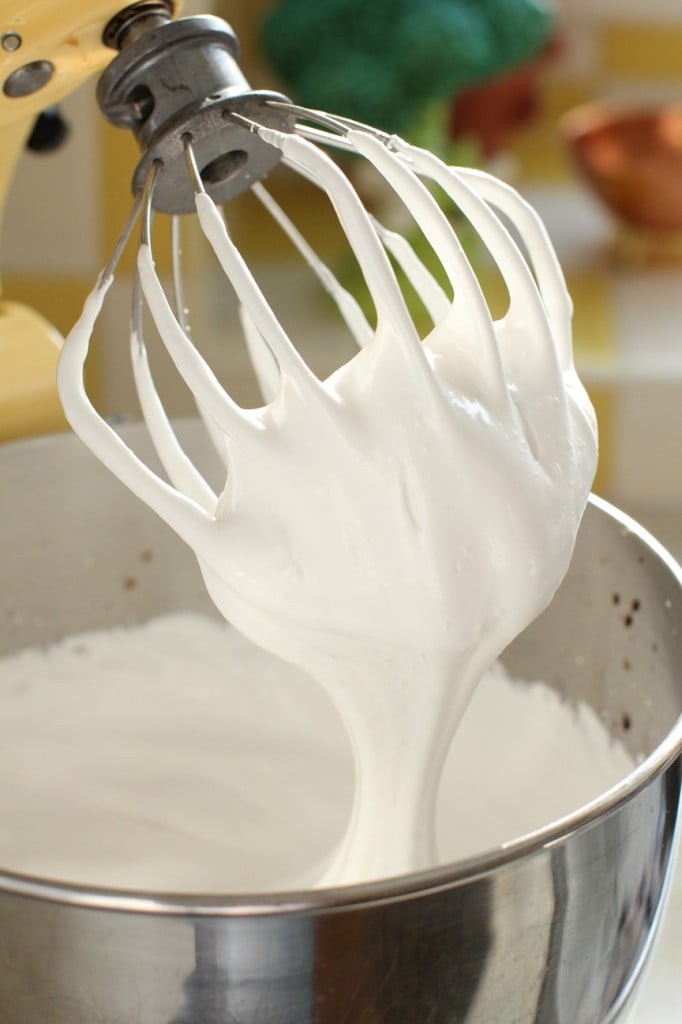 Every homemade marshmallow recipe I could find online or in my cookbooks involved a candy thermometer and getting the syrup to the exact candy-temperature stage, then pouring it carefully in a thin steady stream over the dissolved gelatin while beating. Most recipes involve corn syrup as well as sugar, and some include egg whites. Many of them have alarming lists of all the different reasons why your marshmallows could fail/not set/stay sticky/get gummy/curdly/clumpy/weepy.

Yikes. Homemade marshmallows sounded like a project for the not so faint-of-heart cooks.

Until I found these. An old Canadian prairie recipe. So easy that anyone can make them. Even me. Even you.

They turn out wonderfully every time. If you make them with sugar they taste just like the store-bought ones. If you want a slightly healthier, refined-sugar-free option, try them with honey. We love them that way.

Roll the pillowy cubes in icing sugar, or potato starch, or toasted coconut or chopped nuts.

Let them melt into lusciousness on top of hot chocolate. 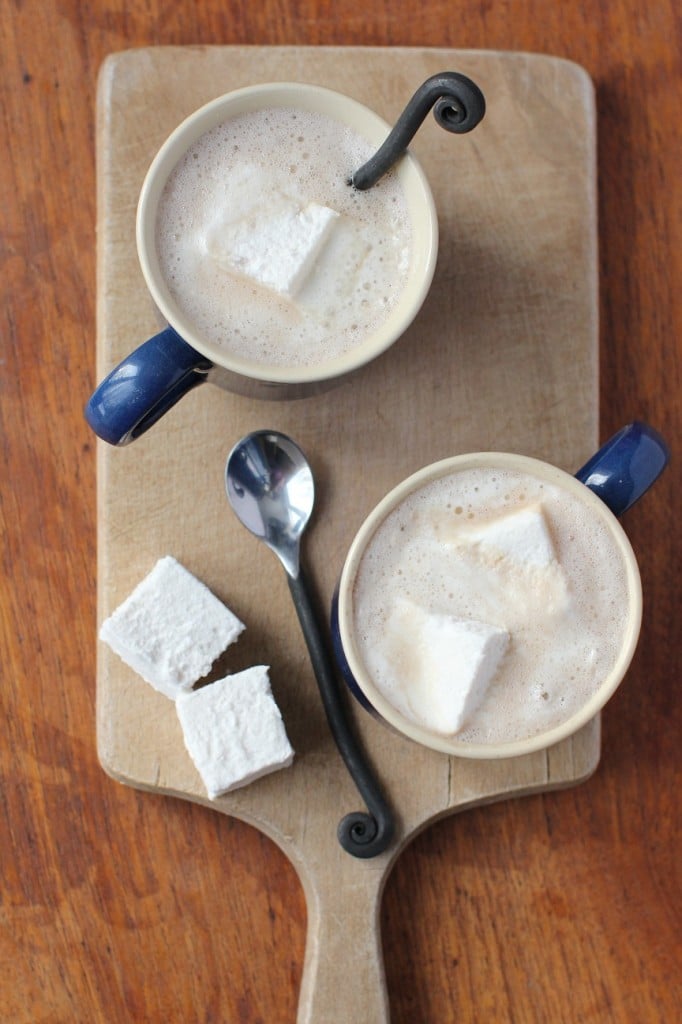 Or just pop them in your mouth and squish the sweet fluffiness with your tongue. 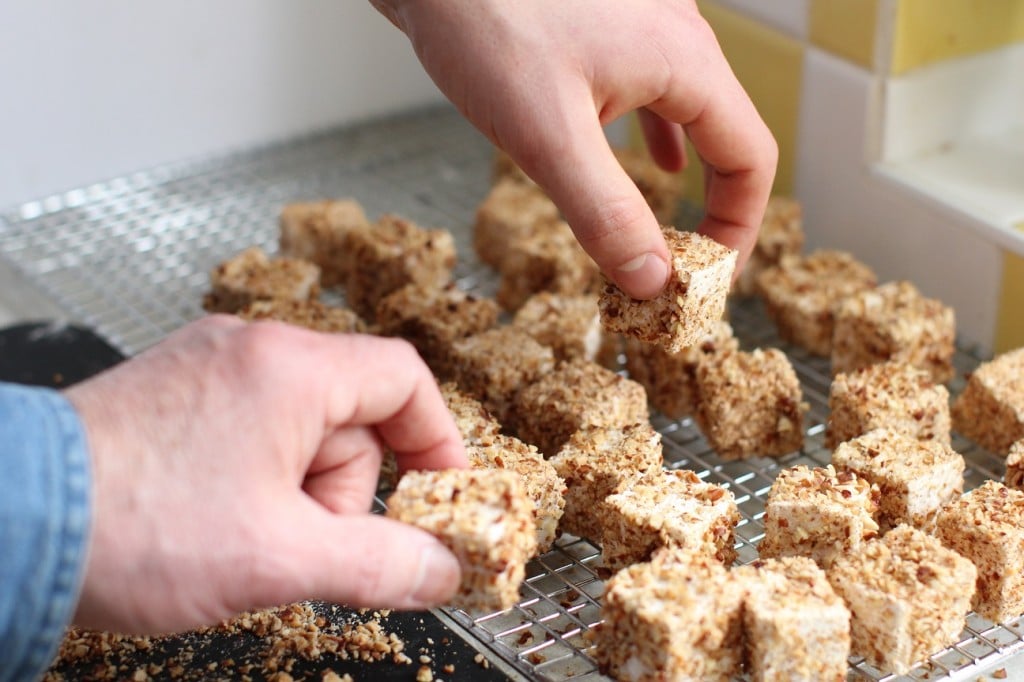 They get swiped by (almost) invisible hands as fast as I can make them.

Kitchen Frau Notes: Mabel's homemade marshmallow recipe uses 2 packages of gelatin (like Knox brand) and they are soft and fluffy. For the version using honey, I increased the gelatin to 3 packages to compensate for the extra liquid provided by the honey.

For a delicious variation, try these lovely pink Raspberry Honey Marshmallows made with raspberry juice. 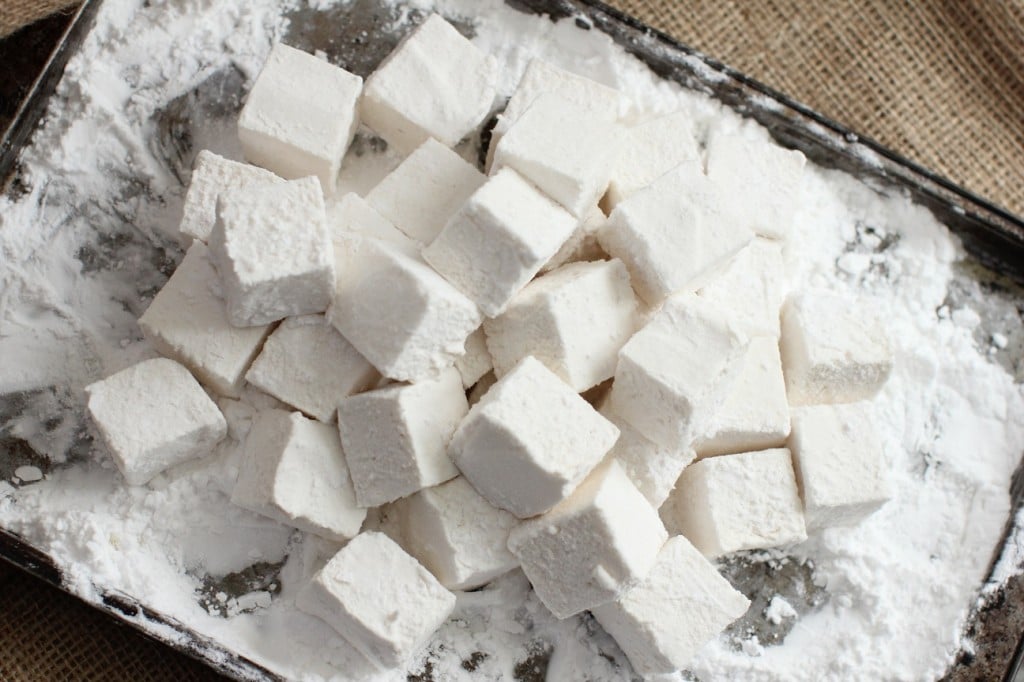 Sprinkle the gelatin on top of ½ cup (120ml) of the cold water in a small bowl or measuring cup. Stir lightly with a fork. Let it 'bloom' for at least 5 minutes, until it is all moistened and softened. It will be very thick.

Meanwhile, heat the sugar and the remaining ½ cup of water in a medium-sized saucepan until the sugar is dissolved. Add the dissolved gelatin to the sugar syrup, using a spatula to get every bit of gelatin out of the bowl.

Bring the mixture to a full rolling boil. (It will get foamy and you can't stir down the bubbles.) 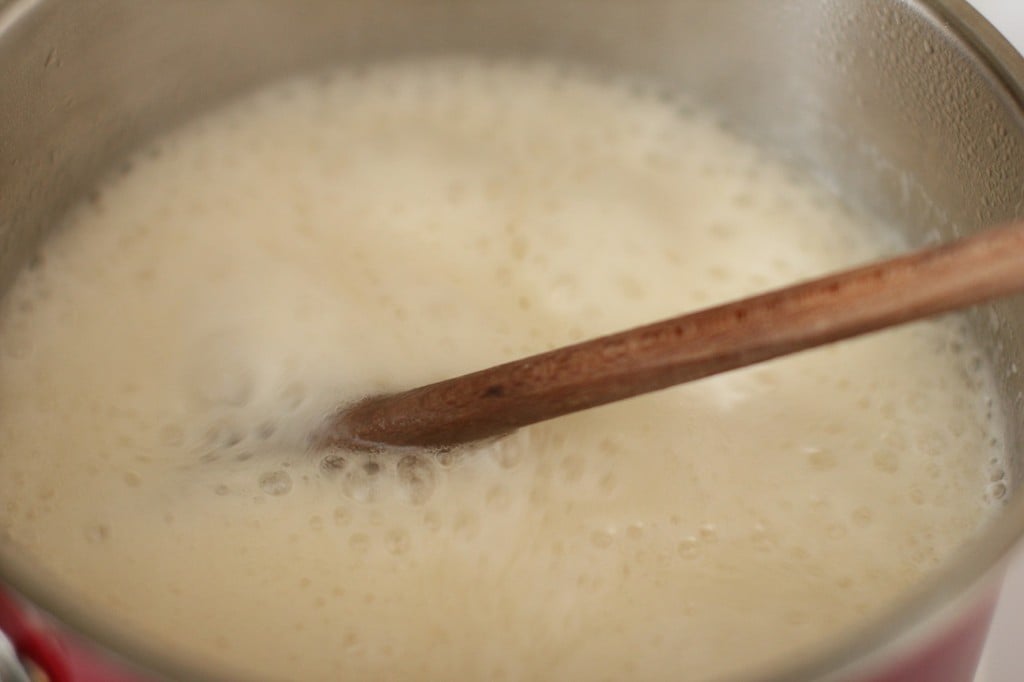 Remove the saucepan from the heat. Let sit until lukewarm (about 20 to25 minutes).

Pour the syrup into the bowl of a mixer. Add the vanilla and salt. Beat with a stand mixer (using the whisk attachment) on high speed until thick and tripled in volume - about 7 to 8 minutes, or with a rotary hand mixer, which will take a bit longer - maybe 10 minutes.

While it is beating, prepare a 9 x 13" (23x33cm) pan, by lightly greasing it and dusting it with icing sugar. Tip the pan over and knock out any excess icing sugar.

When the marshmallow mixture has finished whipping, scrape it into the prepared pan, and use a wet spatula to smooth the top. 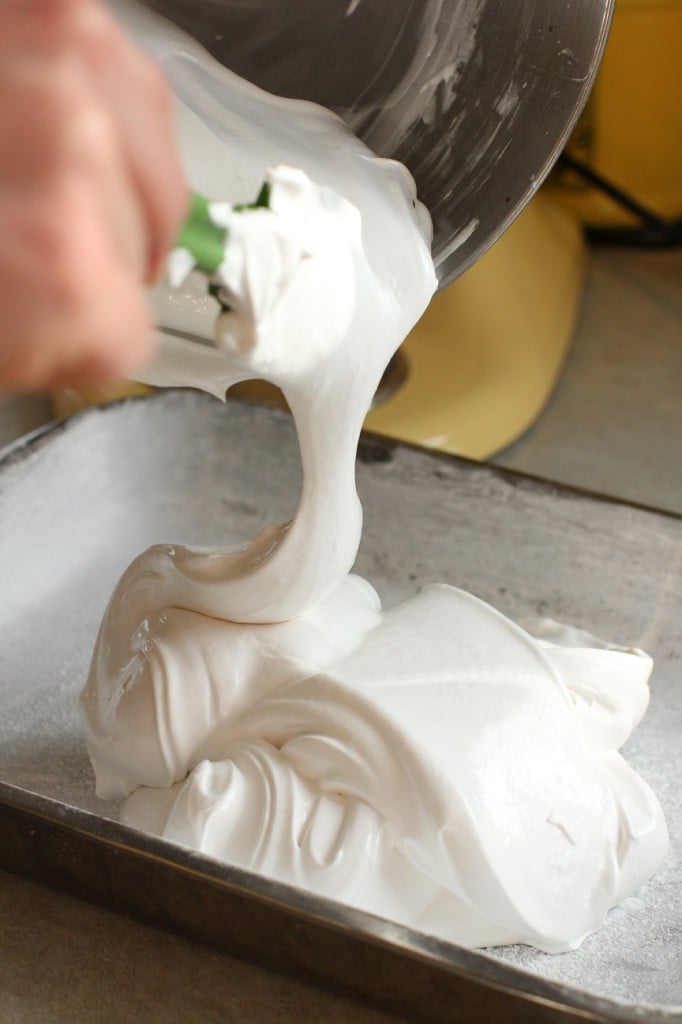 Allow to set until cold, about 4 hours (or less if placed in the fridge) or up to overnight.

Cut into squares with a knife dipped in water between each cut. If the top of the marshmallow mixture has dried out too much to stick well to the coconut, wet your fingers and smooth a thin slick of water over the top to moisten it again.

Place on a rack and allow to air dry for 3 to 4 hours, then store in an airtight container at cool room temperature for up to 2 weeks.

*If using coconut to roll the marshmallows in, toast it first by heating it in a skillet over medium heat. Stir constantly once it starts to brown, since it can burn easily. Toast to the depth of brown you'd like it.

**To toast pecans, place them on a cookie sheet in a 350°F oven for 10 minutes, until they are fragrant and golden. Chop very finely so they stick to the marshmallows. 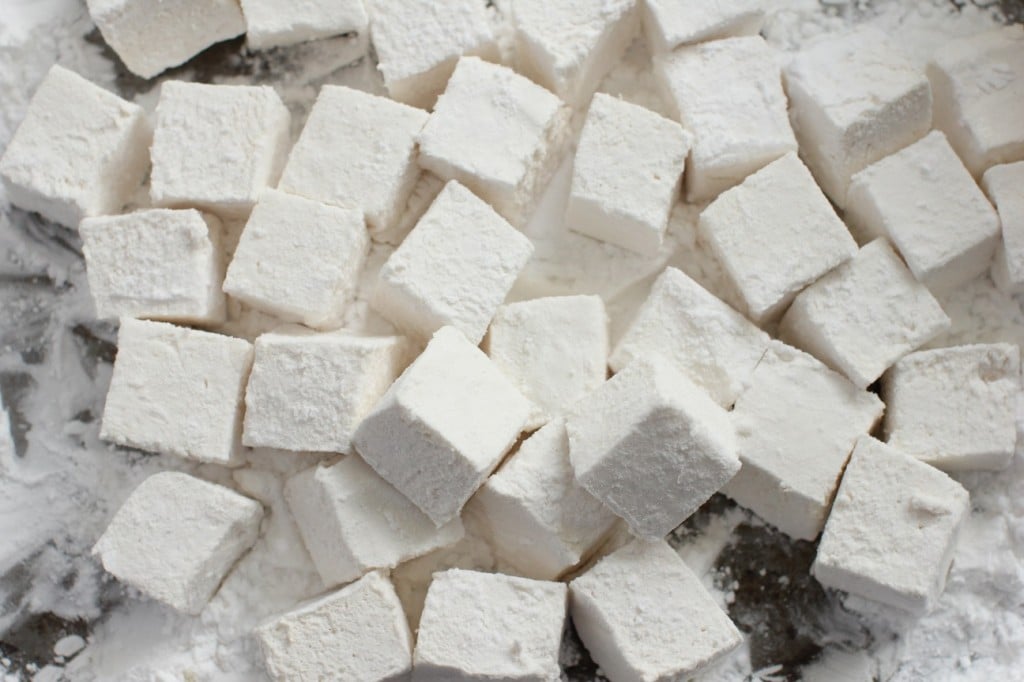 Make recipe as above, replacing the sugar with the honey. 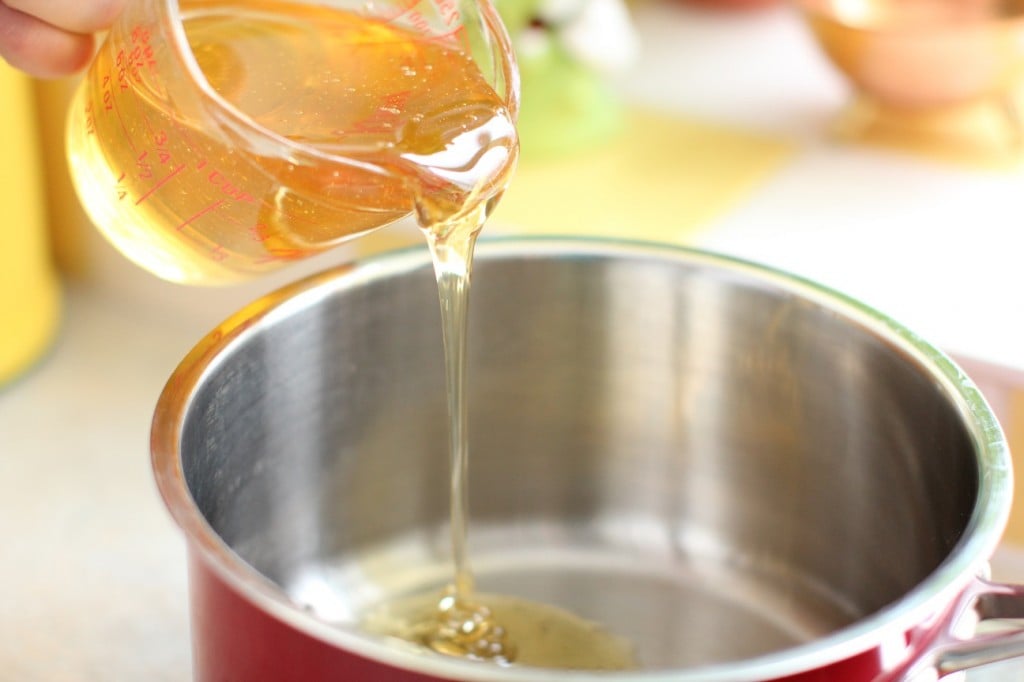 To keep the marshmallows refined-sugar-free, roll them in potato starch or other starch, toasted coconut, or finely chopped nuts, and use starch to dust the pan.

Healthy Fudge with a Wicked Alias