It's easy to make funky little homemade sprinkles to brighten up a bowl of ice cream or birthday cakes, doughnuts, cookies - whatever needs a hit of flavour, colour, and crunch. 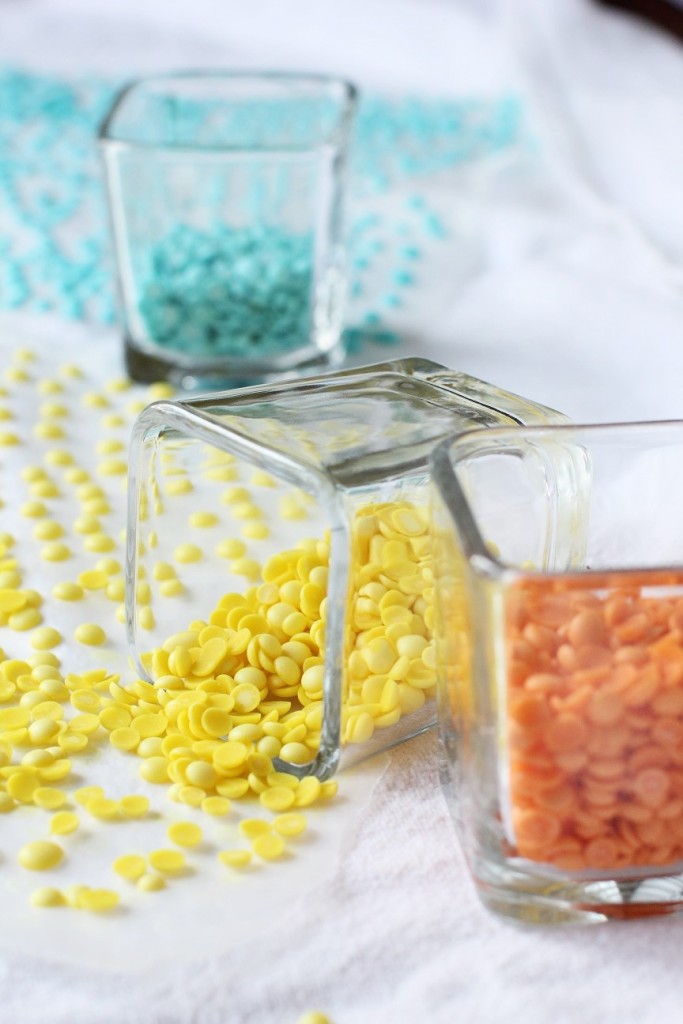 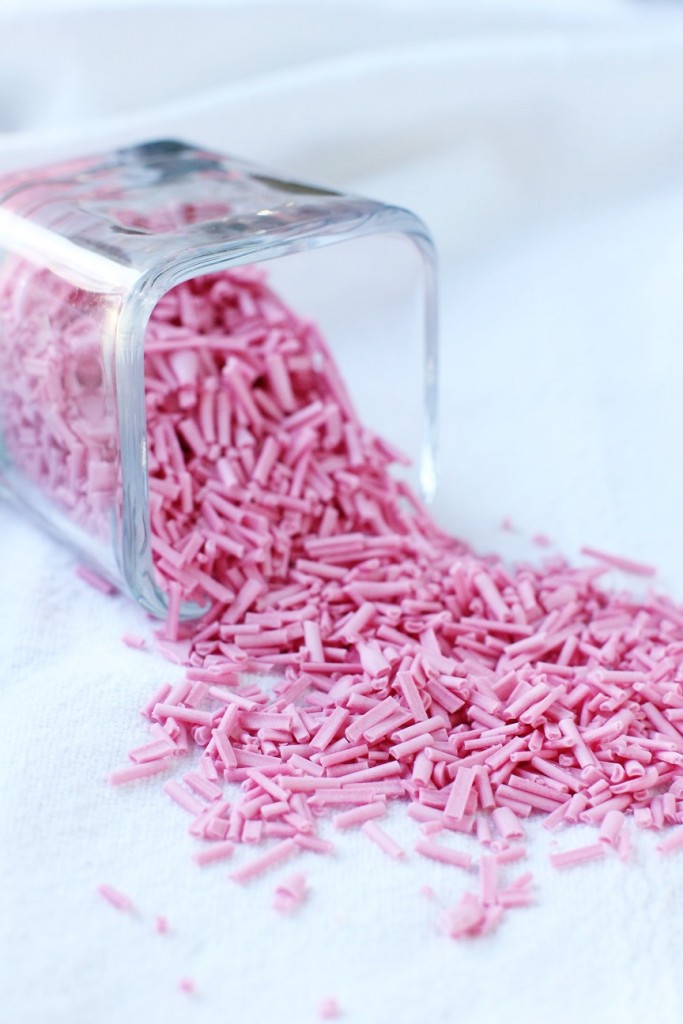 It was birthday party time - Meredith's to be exact. She turned nine last week. What fun for me to get invited to her party. Twelve happy girls having a blast! 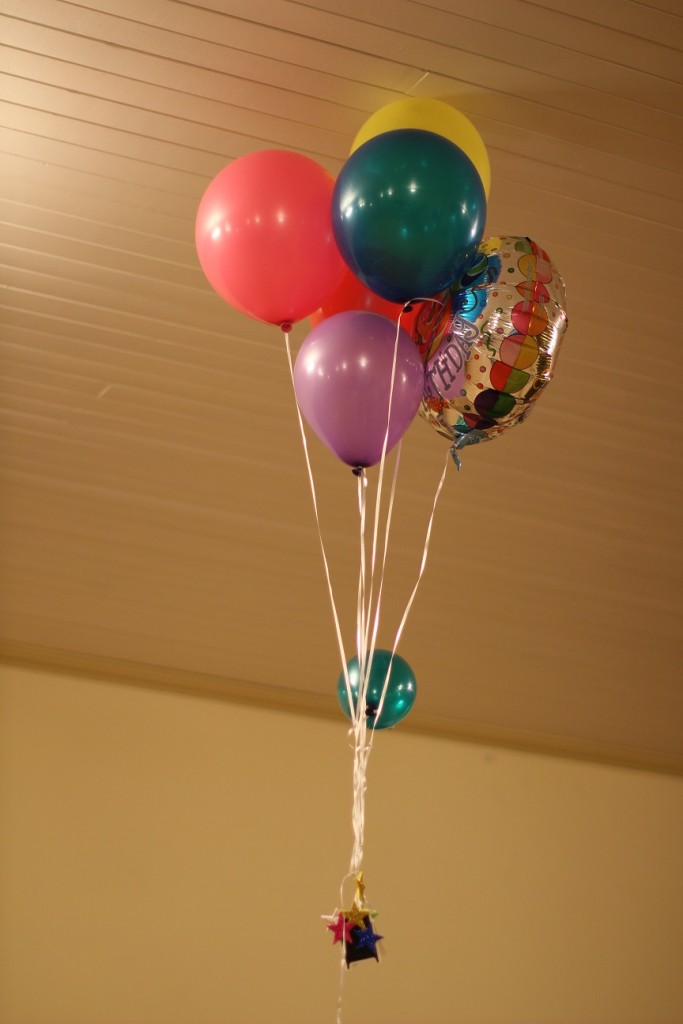 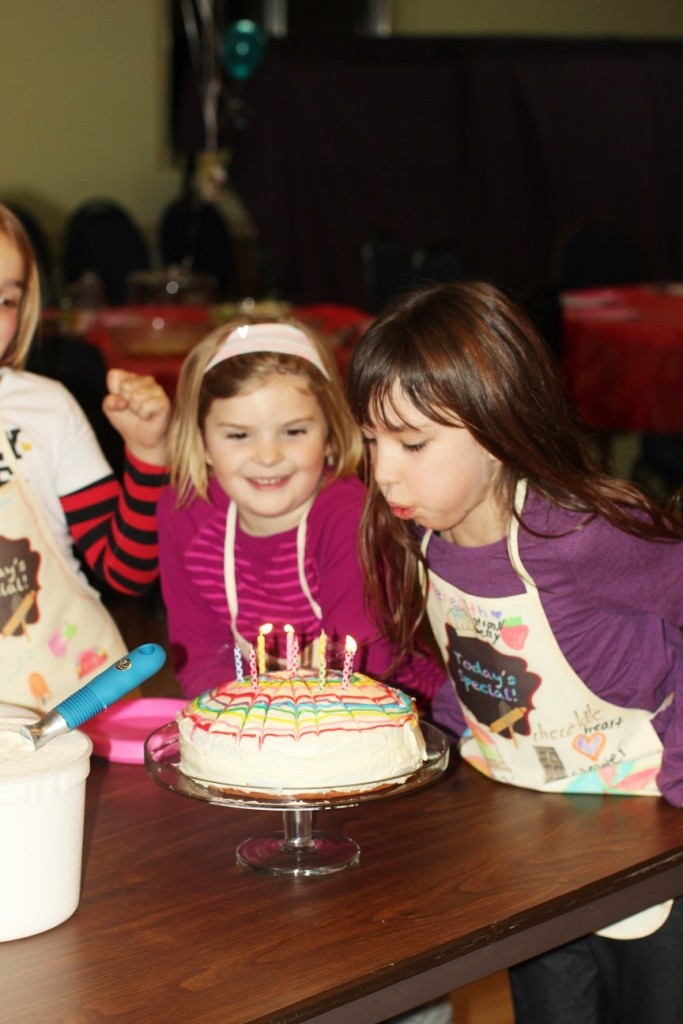 They bounced like jumping beans in the bouncy castle, crafted little chef ornaments out of wooden spoons, decorated their own chef's aprons, piled their plates high at the taco bar, and dithered happily over choices at the cake and sundae bar, but the highlight of the evening was the uproarious game of Musical Chairs - good old-fashioned musical chairs. The girls wanted to play again and again, shrieking and laughing with joy as they scrambled for chairs whenever the music stopped. It's obviously a game that has stood the test of time, as I remember playing Musical Chairs at my own birthday parties when I was that age! 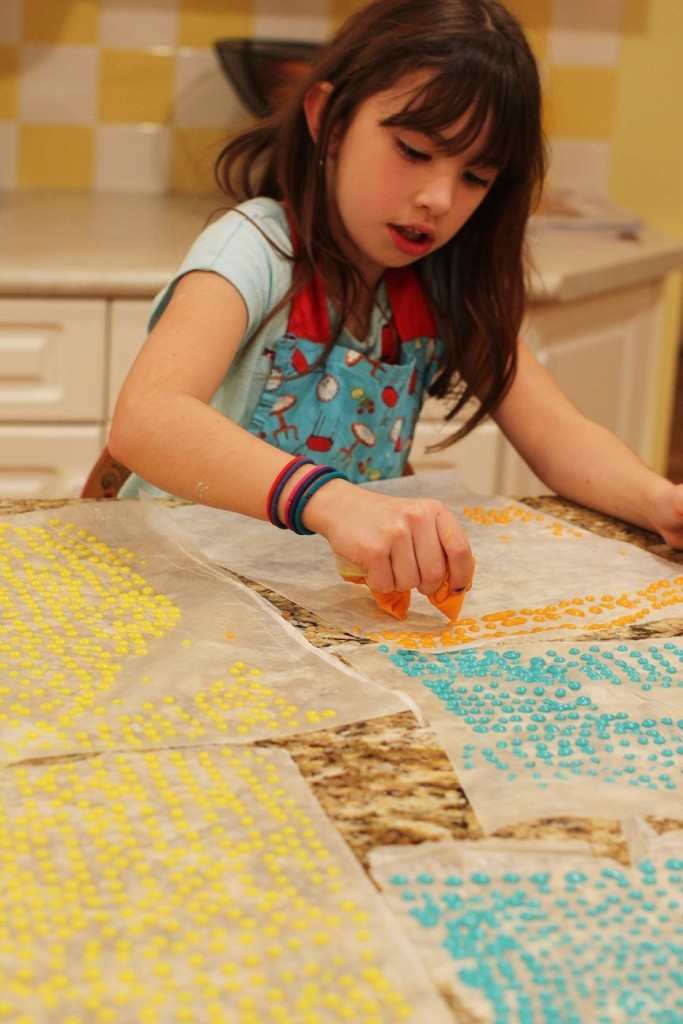 The week before Meredith's birthday, she and I had a great cooking session making sprinkles for her party. We decided on little button ones, which are fairly labour intensive, but a lot of fun to make. Our project grew bigger than we'd planned as we kept deciding to make just one more colour. We decided to make the long pink sprinkles, too. 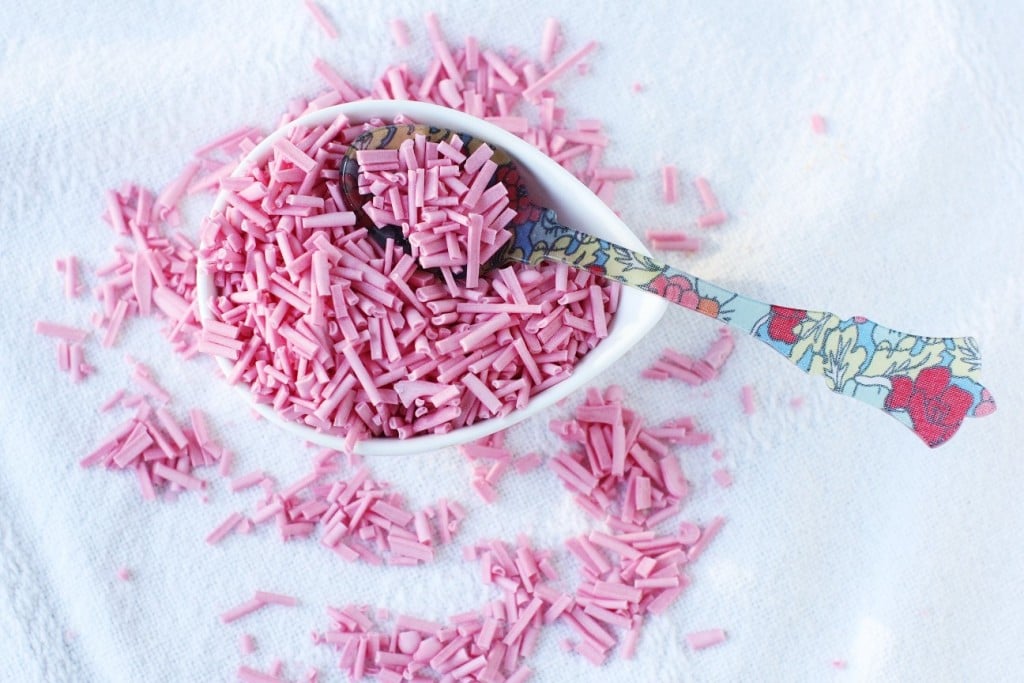 The homemade sprinkles were a party hit at the Cake and Ice Cream Sundae Bar for dessert. The girls piled the sprinkles onto their ice cream bowls and gobbled them up. 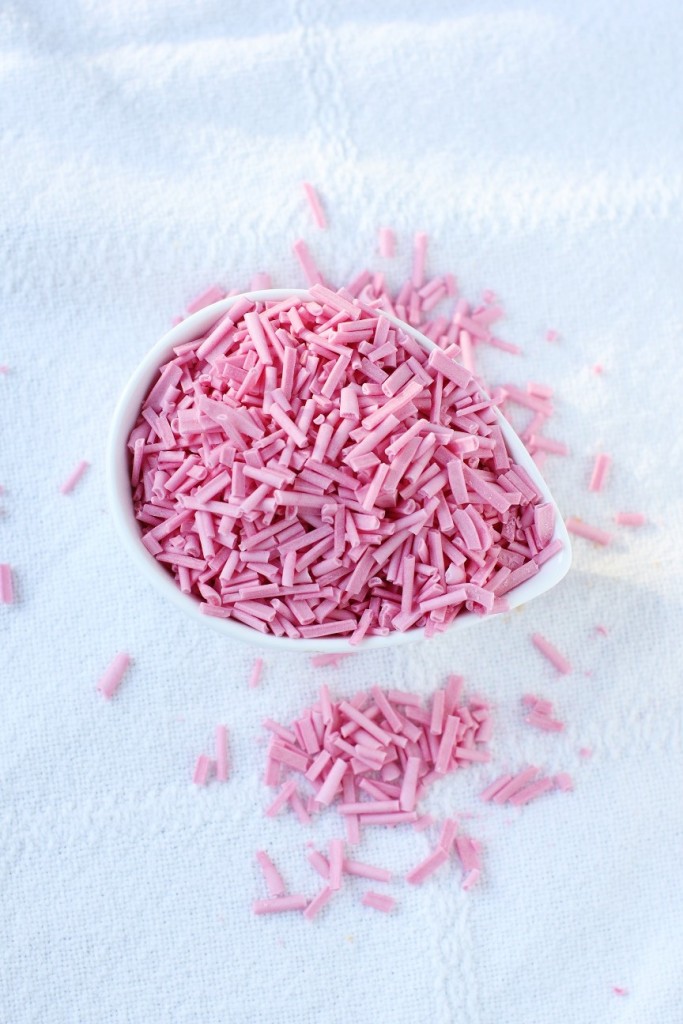 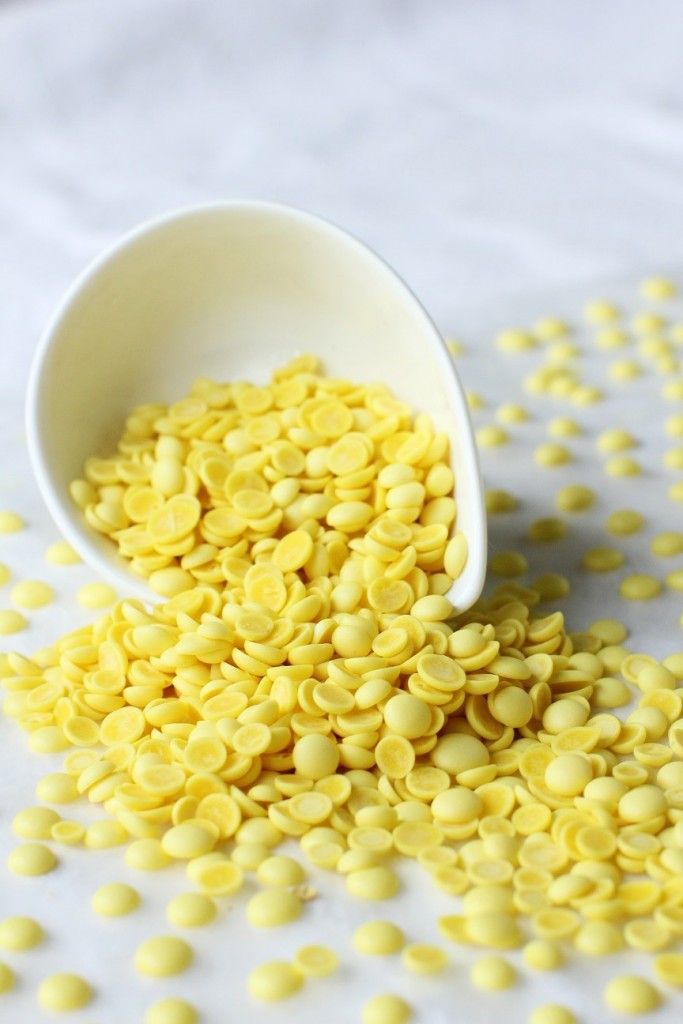 The citrus extracts actually add lovely little bursts of flavour when you use these sprinkles to top ice cream, cakes, or cupcakes.

Kitchen Frau Notes: This homemade sprinkles recipe is basically a plain icing with a bit of flavouring and a tablespoon of syrup to keep it supple and not form a crust too quickly as it dries. You can drop the icing into little beads, or make long strands which you chop into short pieces to make 'jimmies'. The beads are more time consuming but look lovely. The longer jimmies are quicker to make and look more traditional. It's great to have some of both on hand. I think they'd keep for a long time in the cupboard. We made the pink ones with water instead of milk, so I think they should last almost forever!

I found a lot of different ways to make sprinkles online, but finally settled on a version of this recipe from Snixy Kitchen and played with it a bit. I found that the beads were easier to make when the icing was a bit runnier, and Meredith and I liked it with a bit more flavouring - the sprinkles are good enough to eat straight from the bag! 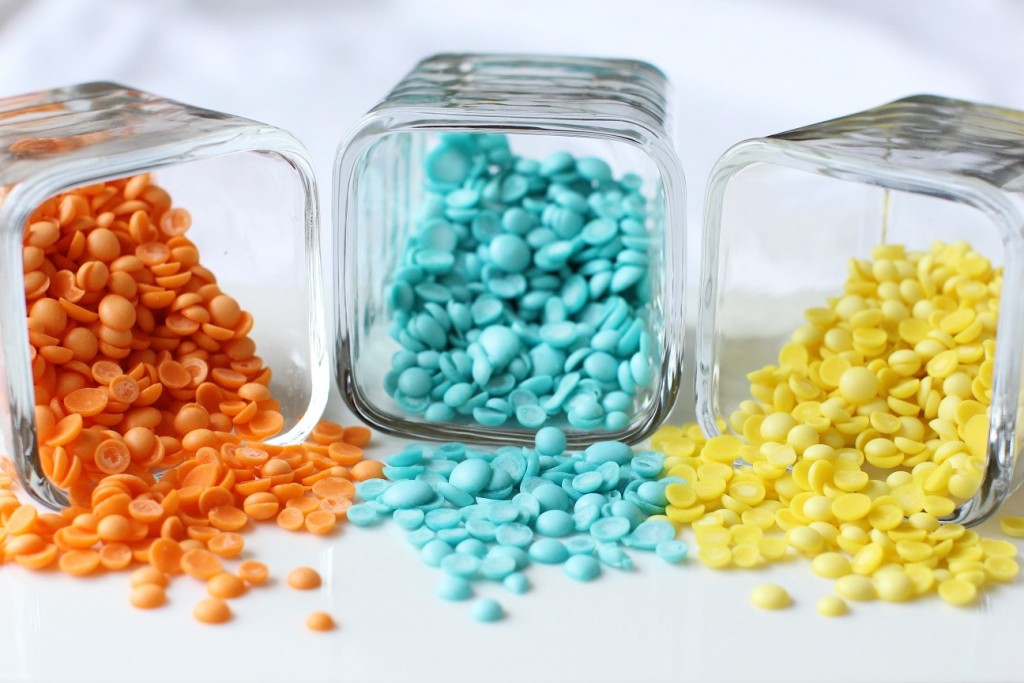 Mix the icing sugar, milk, syrup and flavouring in a small bowl. Stir until all the lumps are worked out and the icing is smooth. You want a fairly runny icing, kind of like a pudding consistency. Add a drop more water if too thick, or a spoonful more icing sugar if too thin. 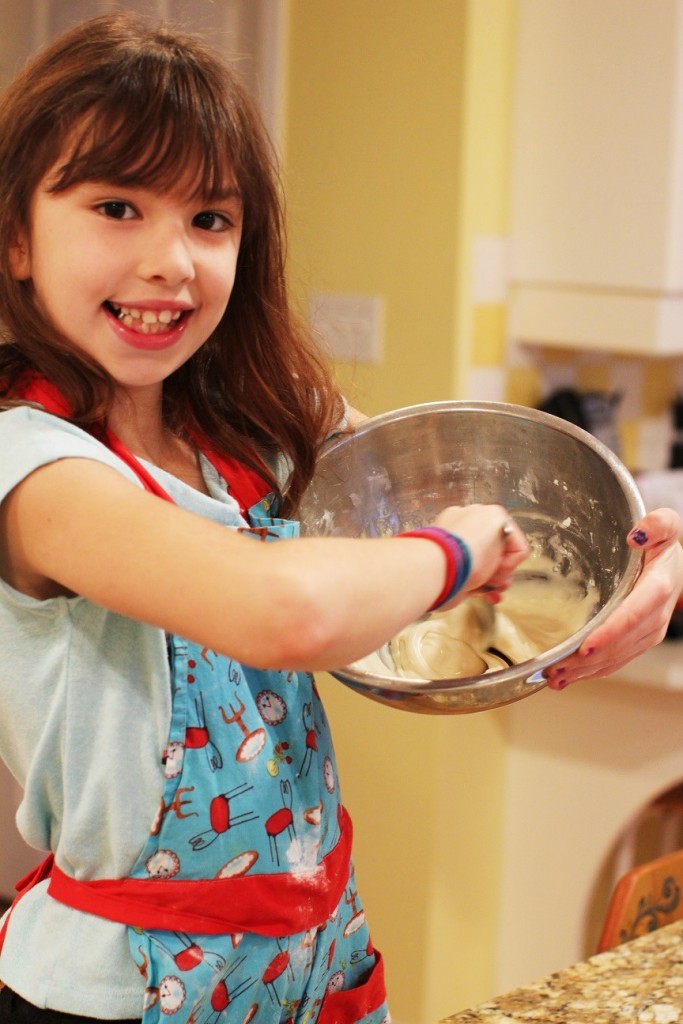 Add the colouring: if using liquid food colouring, add one drop at a time and stir after each addition. If using paste colouring, use a toothpick or skewer and add about a rice-grain-sized dab at a time, stirring after each addition. Use a new toothpick or clean skewer each time you dip into the container (it can go 'bad' if contaminated). Keep in mind that the colour of the sprinkles lightens as they dry, so tint them a deeper shade than you think.

Scrape the icing into a zip-top sandwich baggie (snack-sized works best). This is easiest to do with two people - one to hold open the baggie, and one to scrape in the icing. You can also use a piping bag with a small round-holed tip.

Line baking sheets with wax paper or parchment paper, or lay  the paper pieces  directly on the countertop.

Snip a teeny tiny corner off the baggie, and holding it straight above the paper, pipe rows of tiny dots, or long stripes. 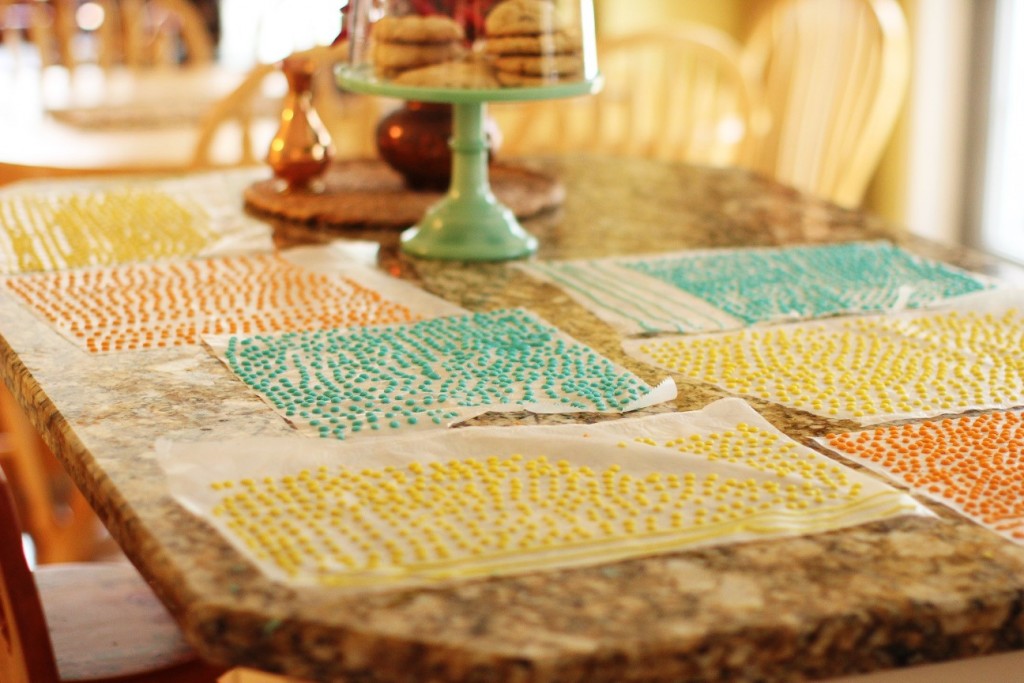 Leave  the sprinkles on the counter to air dry for 24 hours. If you need to move the sheets of parchment paper, slide a rimless cookie sheet or a piece of cardboard under the paper to lift it and set it elsewhere. When dry, you can just pop the sprinkle beads off the paper. If you've piped lines, pop them off the paper and bunch them gently together. Slide a cutting board under the paper, and cut the bundles of strips into short pieces with a sharp knife. 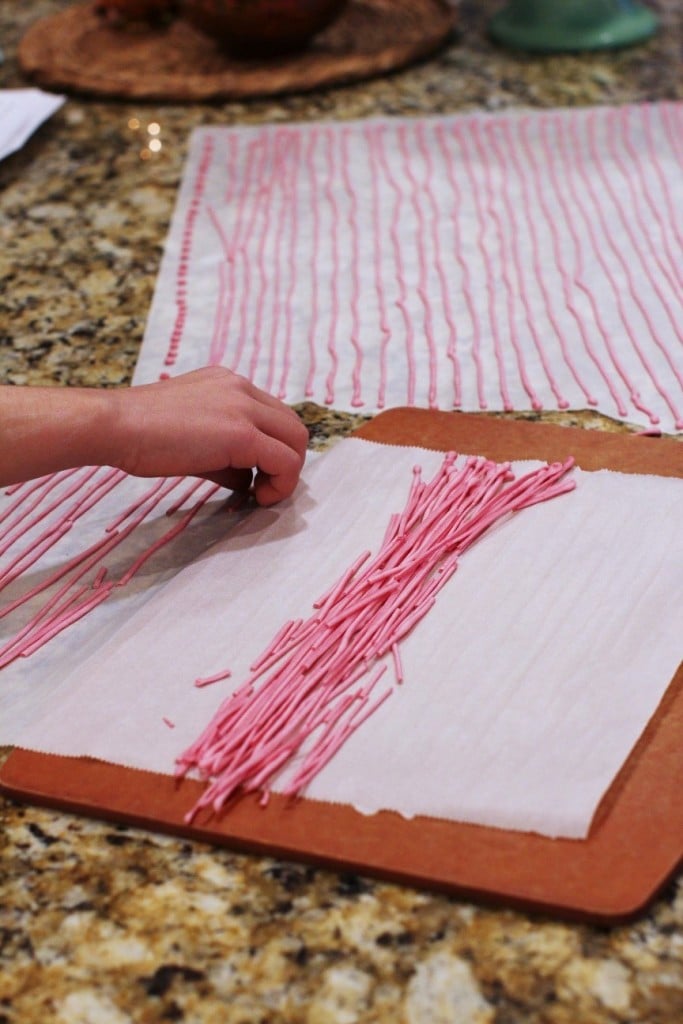 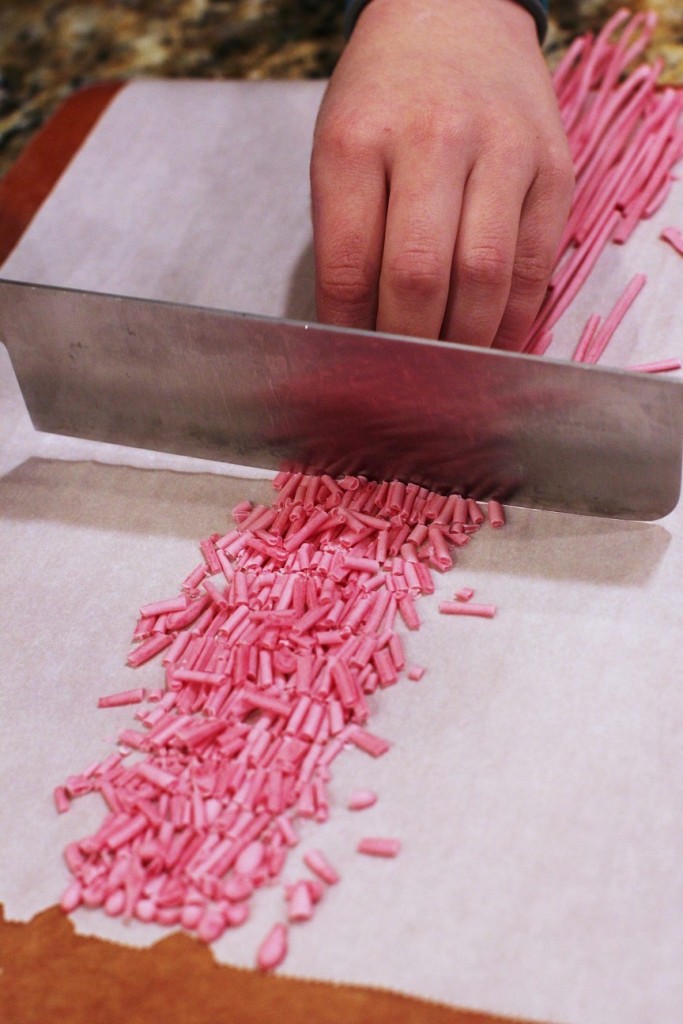 Makes ½ to ¾ cup of sprinkles, depending on the shapes you make.

See what else we’ve been having fun with in our ‘Cooking with Kids’ section!

Homemade Honey Vanilla Ice Cream (would be yummy with sprinkles on top!)