This light and delicate Coconut Cheesecake is made with a crispy baked gluten free crust and a smooth and silky diary free 'cheesecake' filling. Top it with a fresh berry sauce for a winning combination. (Skip to recipe.) 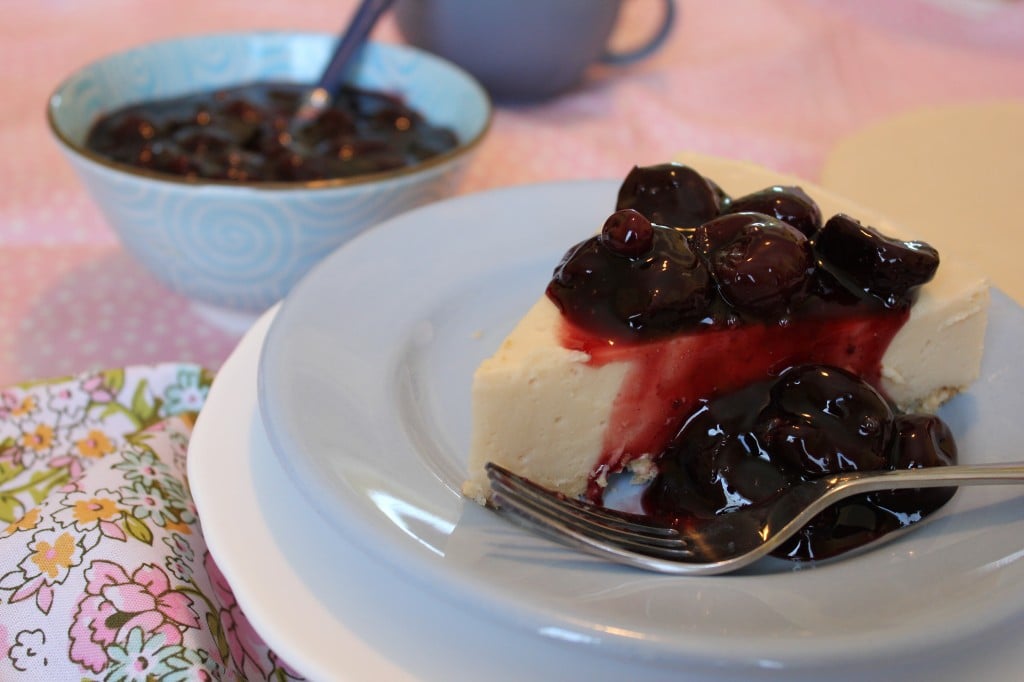 Voila - the birthday cake. They don't always have to be three-tiered marvels of icing and swirls (though who can resist those?). Sometimes a simple cheesecake does the trick. After all, it's not so much the actual cake that matters, but who you share it with, and who sings Happy Birthday to you before the sharing.

This is actually an un-cheesecake, but shhh.....don't tell. It was delicious anyway, and took to candles as well as the best fancy-schmancy cake out there. And the rousing rendition of Happy Birthday turned it into a lovely belated birthday party for daughter Erika.

Three years ago, our oldest daughter, in her first year of university, landed in the emergency room three times in one week with severe head-to-the-soles-of-her-feet hives and throat-swelling. We were told it was likely some kind of autoimmune condition. So began a quest to get to the bottom of it. At age ten she had started to suffer from constant stomach aches. We were told it was Irritable Bowel Syndrome, stress-induced, and told to stay away from foods that bothered her. Right. Like that was easy. Everything seemed to bother her. We were also told it couldn't possibly be celiac disease, even though her grandma and several aunts and cousins on my husband's side of the family had it. Stomach aches were a normal part of her growing-up years, and sometimes soda crackers were the only food she could tolerate, so we believed the not-possibly-celiac diagnosis.

Several years later, we asked for a blood test to rule out celiac disease anyway, and it came back negative. After the emergency-room episodes, we initiated a new round of doctor visits and started to do research on our own. A specialist diagnosed her with Cold Urticaria, a serious allergy to the cold, for which she carries an Epi-pen (oh, great - in our northern climate), but will gradually outgrow. Our family doctor informed us that a previous doctor had discovered she was IgA deficient, but had failed to let us know, and that deficiency would automatically render a blood test for celiac disease negative. Hmm. A new round of tests finally did diagnose her with celiac disease, and we have since discovered she is also allergic to dairy and corn.  Since changing her diet, her stomach aches and various body pains are gone, she grew another inch in height, and her energy has skyrocketed. Bingo! And it only took ten years to figure out!

But now my cooking had to change, even though she lived on campus. She still came home often and I sent her many 'care packages'. So began a whole new era of learning for me. It was exciting to learn to cook with new ingredients (as any foodie knows - new ingredients are almost as thrilling as new clothes to a shopaholic) and an excuse to buy new cookbooks. Whoohoo!

And I think Pippa, our dog, was also happy I was learning a new way to cook, because she lapped up the many failed attempts with such relish you'd have thought they were the best gourmet offerings. (She is really not discriminating at all.)

I now have a freezer full of all kinds of different flours and starches, and a pantry full of alternative baking ingredients. I love to play around with amaranth and quinoa and sorghum flours. Coconut flour makes delicious pancakes and sweet rice flour works well to thicken gravies. We've discovered foods that were naturally gluten-free all along - like socca (flat snack pancakes) made with chickpea flour, and chia seed mousse. Coconut milk is my new favourite ingredient - making the creamiest puddings and desserts.

When our two other older children found out a year ago that they were allergic to gluten and (gulp) eggs, it was just one more aspect to the cooking challenge, though I do admit that the eggs made it somewhat (a lot!) more difficult (Pippa did so much taste-testing, she may have to go on a diet soon). However, I am slowly finding recipes that work, and that we like.

This "cheesecake" was one of them - light, creamy and with a satisfying crust. A birthday success. 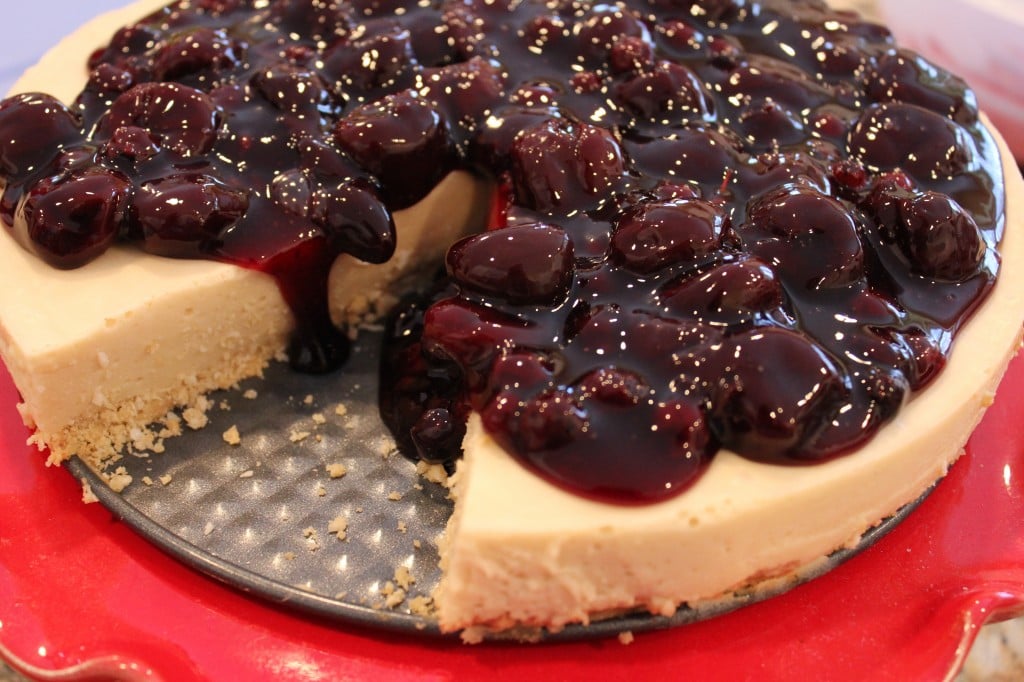 Grease a 9-inch (23cm) springform pan or pie dish. Mix the crust ingredients together until crumbly and evenly moistened with the oil. Press it firmly into the pan. Prick with a fork, and bake for 20 minutes in a preheated 350°F oven. Let cool completely. (You can even make the crust ahead the day before.) 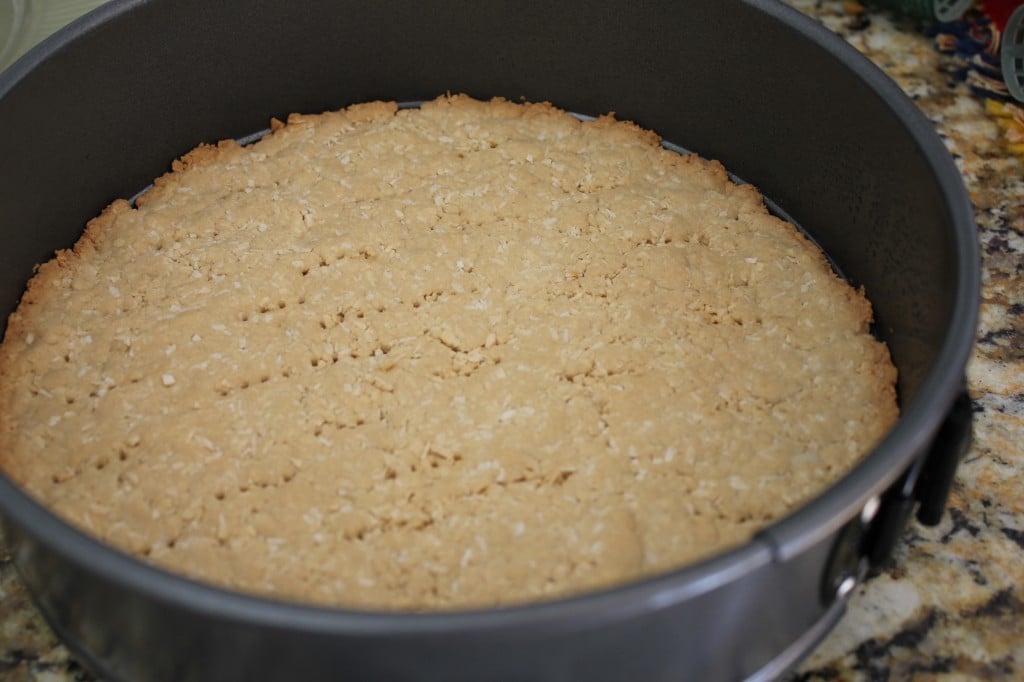 In a blender or food processor, puree the coconut milk, apricot nectar, sugar and vanilla. Put the container in the fridge and chill for 30 minutes. Once the time is up, sprinkle the gelatin over the ½ cup (120ml) cold water  in a small bowl, and leave to soften for five minutes. Then add the boiling water and stir until the gelatin is dissolved. Add the gelatin mixture to the mixture in the blender container, return to the blender base, and process to combine.

Set the container back in the fridge for 10 to 20 minutes, until you start to see it thicken to about the consistency of raw egg whites. Remove from the fridge, blend again, and pour into the cooled, baked crust. Refrigerate until firm, about 2 hours.

Meanwhile, put the berries, sugar and lemon juice into a saucepan, and bring to a boil. Mix the water and cornstarch together, and pour into the berries, stirring constantly. Return to a boil, then remove from the heat.

Serve over the cheesecake. 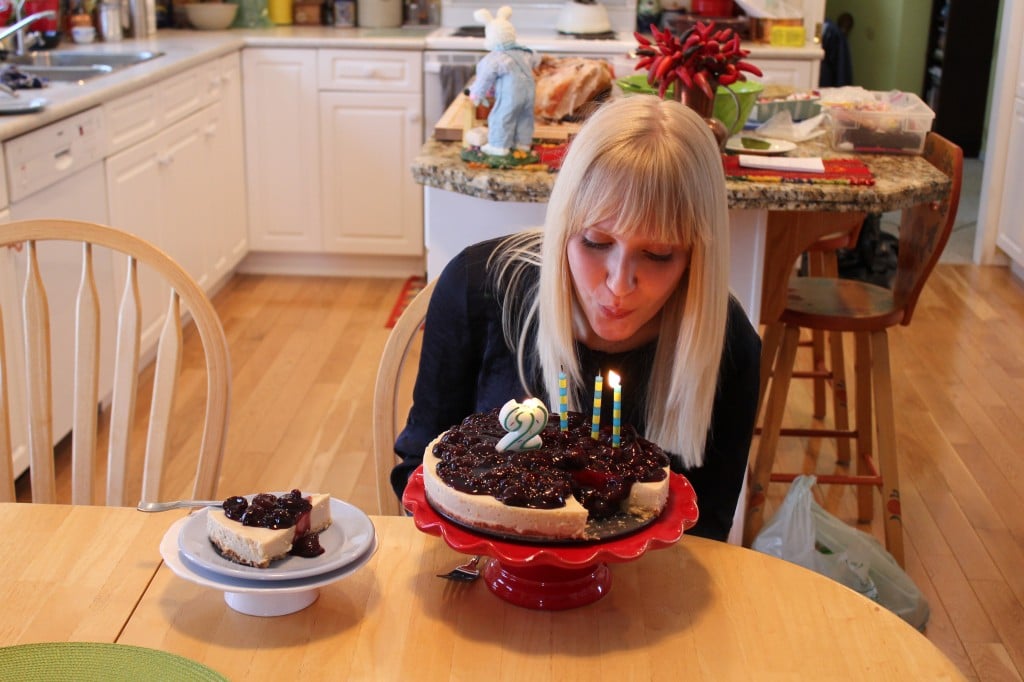 And stick in a few candles if you can find a birthday girl (or boy).