Homemade Chocolate Pudding is a decadent, comforting treat you can easily whip up at home. It just takes a few ingredients from your fridge and pantry, a pot, and a whisk, and you can have a luscious, creamy bowl of chocolate heaven in your hands in no time at all. Make sure you leave some to share! (Skip to recipe.) 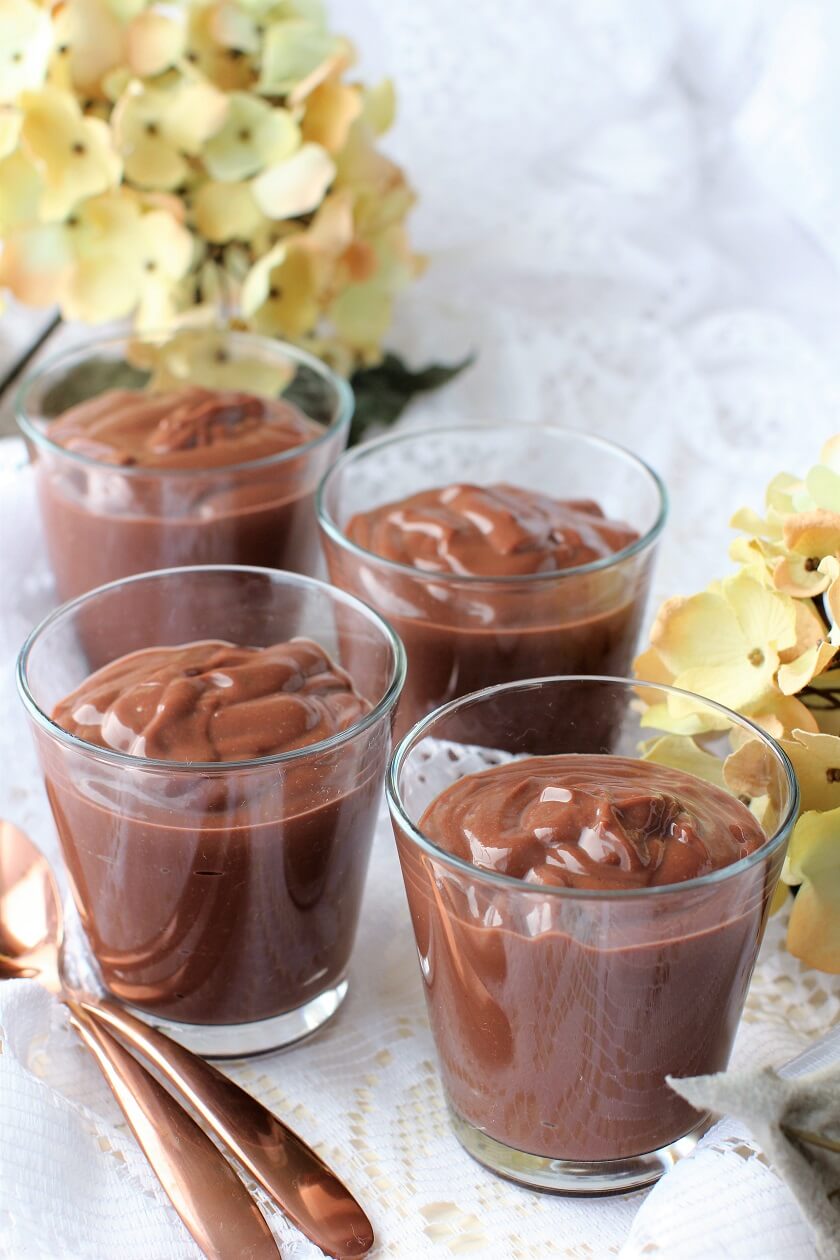 A few months ago my little cooking buddy, William, and I had a fun afternoon whipping up a bunch of culinary delights. One of those was a delicious pot of creamy chocolate pudding. It really is an easy treat to make at home. All it needs is some pantry and fridge ingredients, a pot, and about 10 minutes of your time, and you can be spooning into a bowl of warm chocolate heaven. 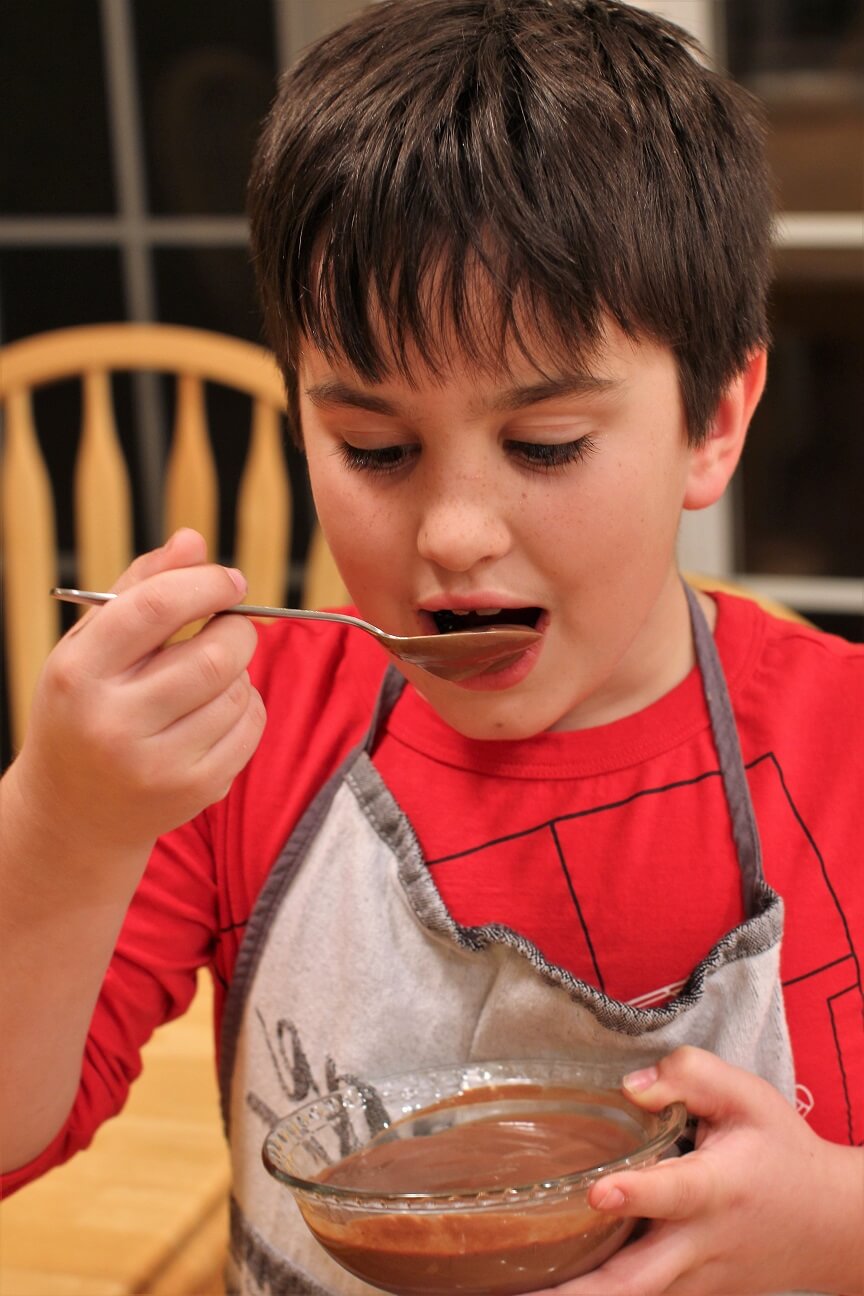 Growing up, we always had those boxes of powdered pudding mix in our cupboards, to cook up a variety of pudding flavours any time we had the urge. My mom, a German immigrant cook, didn't grow up with pudding mixes during wartime in Germany, but she bowed to pressure from us kids to have some of the boxed conveniences so widely popular during the seventies and eighties. We wanted to be cool like all our friends.

But I've since grown up and discovered how easy it is to use simple, unprocessed ingredients to make pudding from scratch in my own kitchen. I've never looked back. 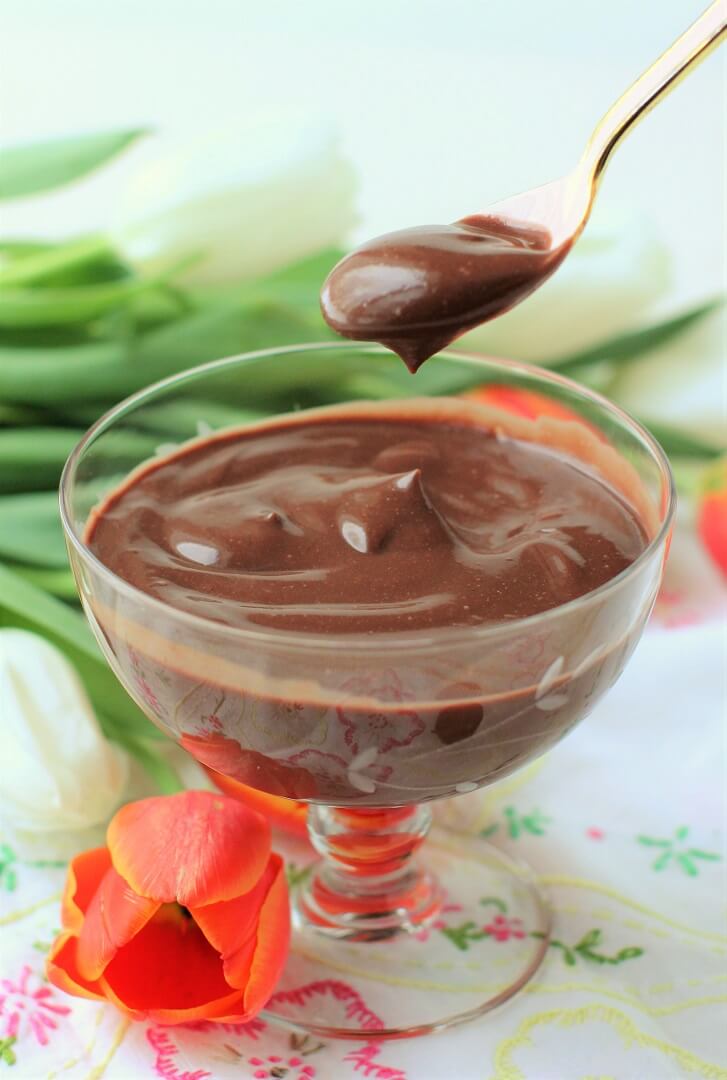 Making pudding is a great cooking project for kids to do; it teaches them how to measure, how to be patient and stir carefully, and gives pretty instant rewards in the form of a bowl of creamy deliciousness as soon as you're done cooking it. If chocolate pudding's not your jam, try our easy Homemade Vanilla Pudding - it's even simpler!

Just measure out the dry ingredients.

Stir together an egg and some milk, then add them to the dry ingredients a bit at time to make a smooth paste. Then cook and stir until it bubbles and plops and becomes a smooth pudding. 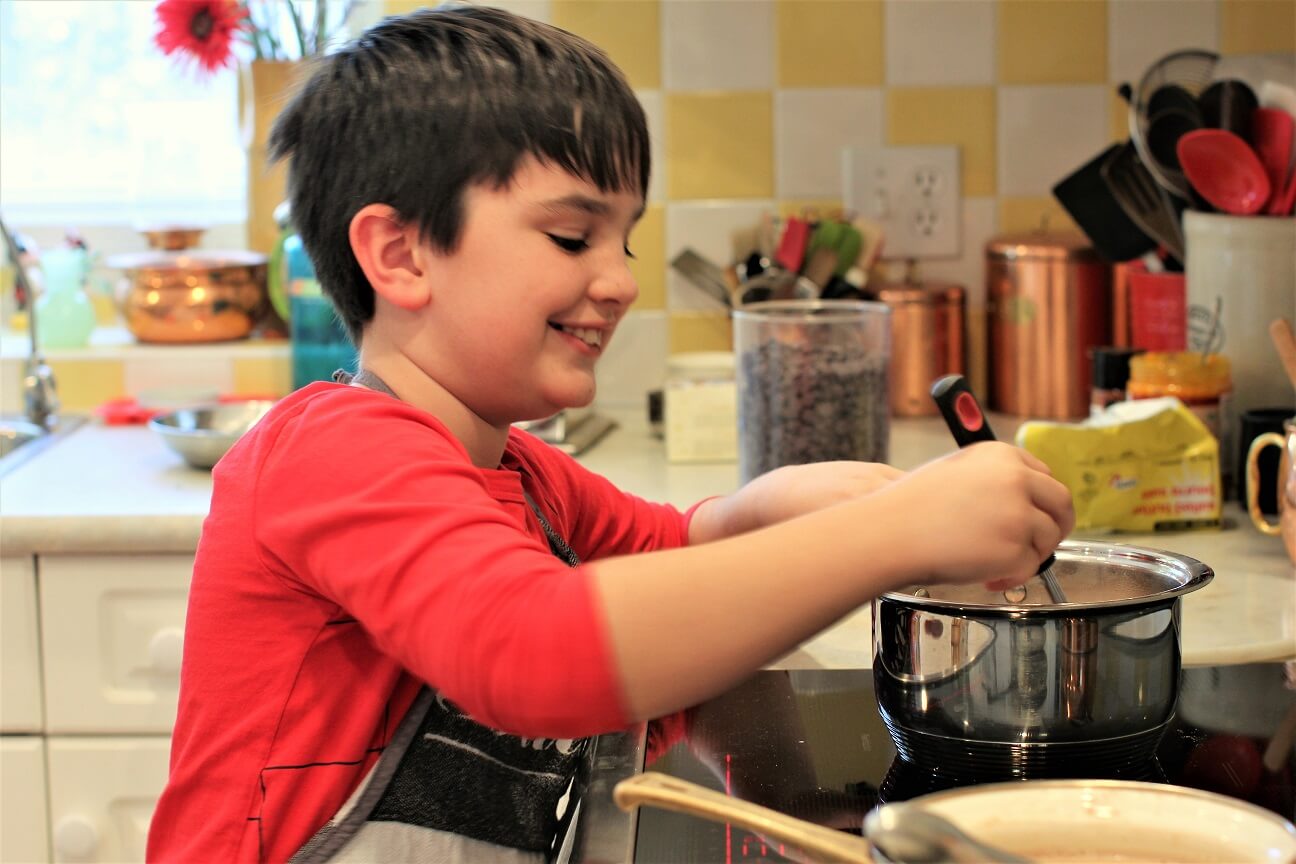 Add in a pat of butter, some vanilla, and a few chocolate chips to make the pudding extra rich and creamy. Of course, the chef gets to have the first taste - just to make sure it's perfect. 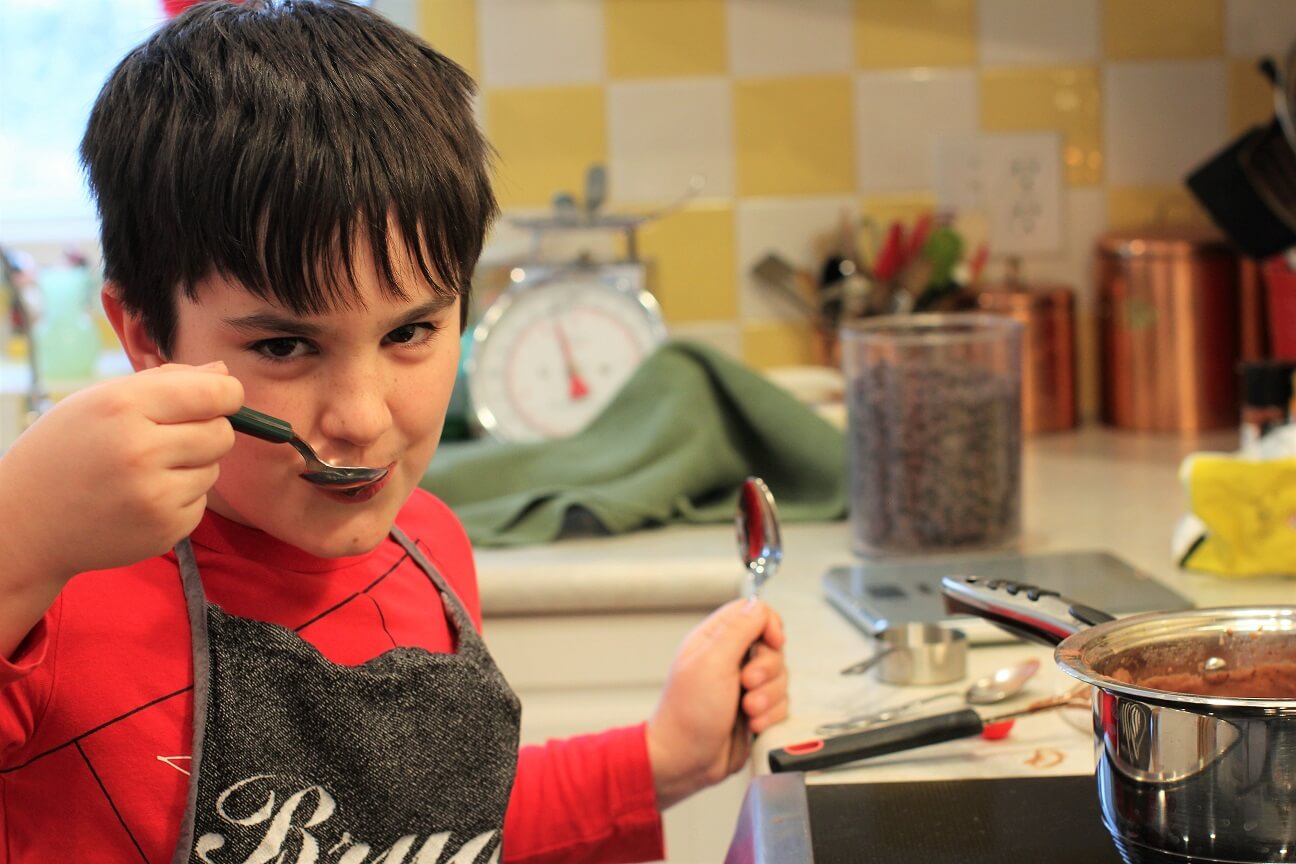 Yup - it's delicious! (Might need to check another spoonful just to make sure.) Now just pour it into a bowl. 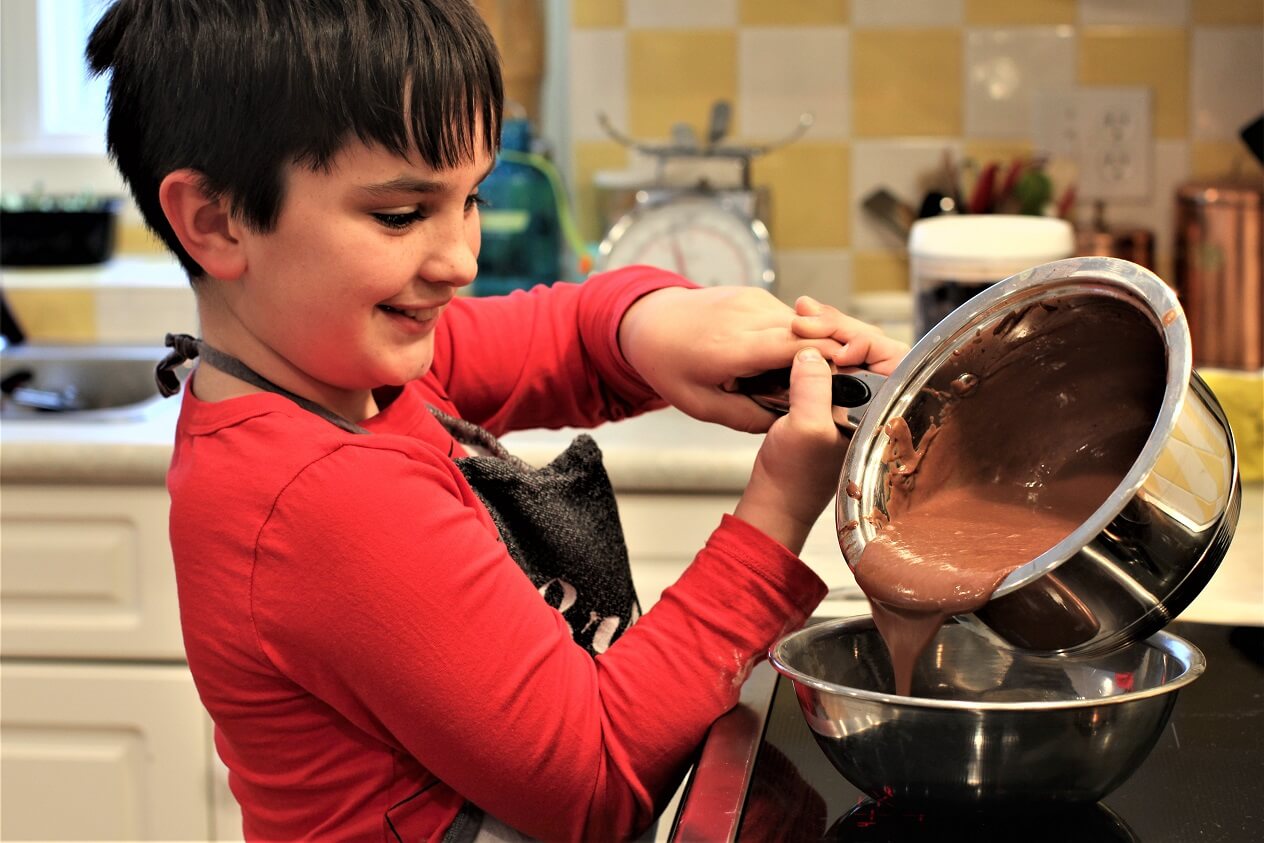 Cover it with some plastic wrap touching the surface so it doesn't form a skin as it cools. 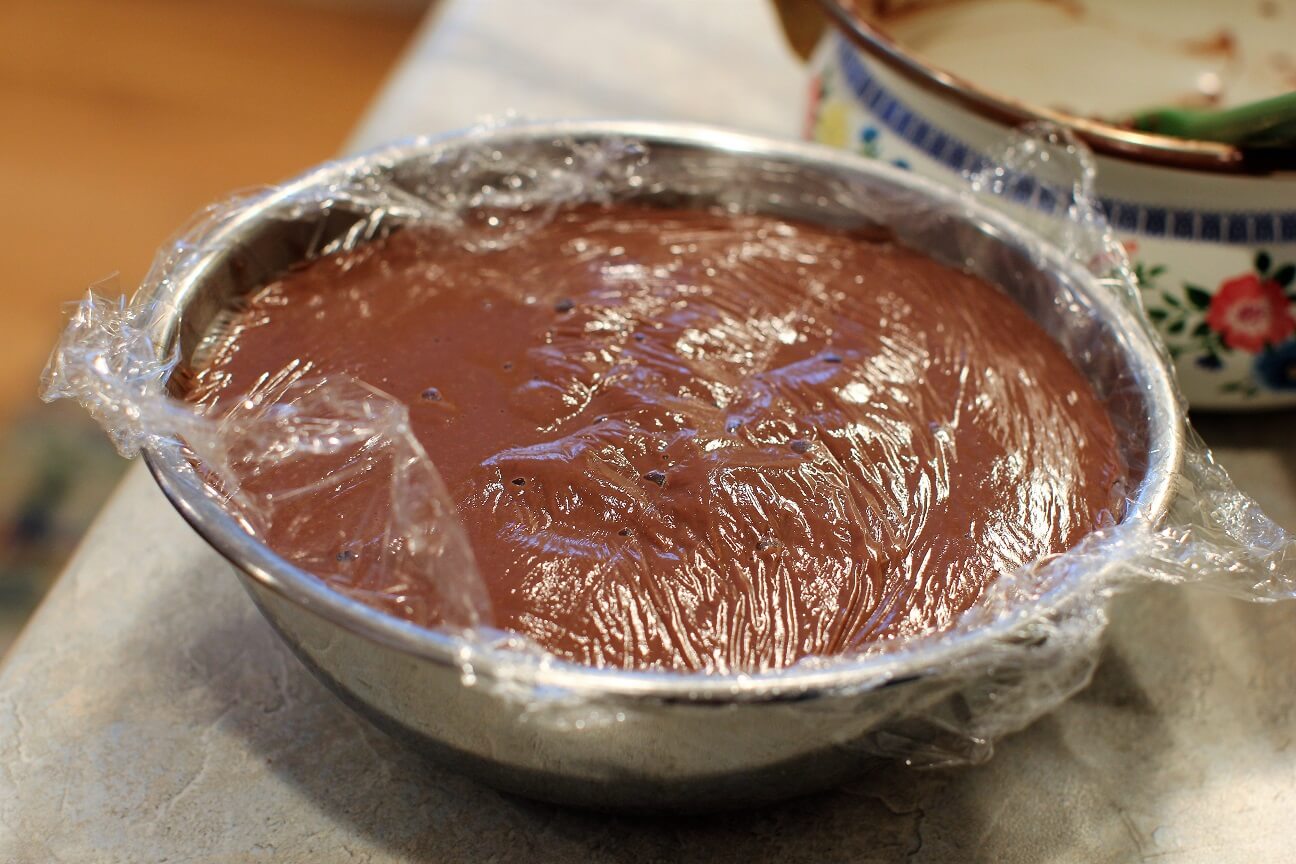 Chill it, and then give it a stir. Look at that lusciousness! 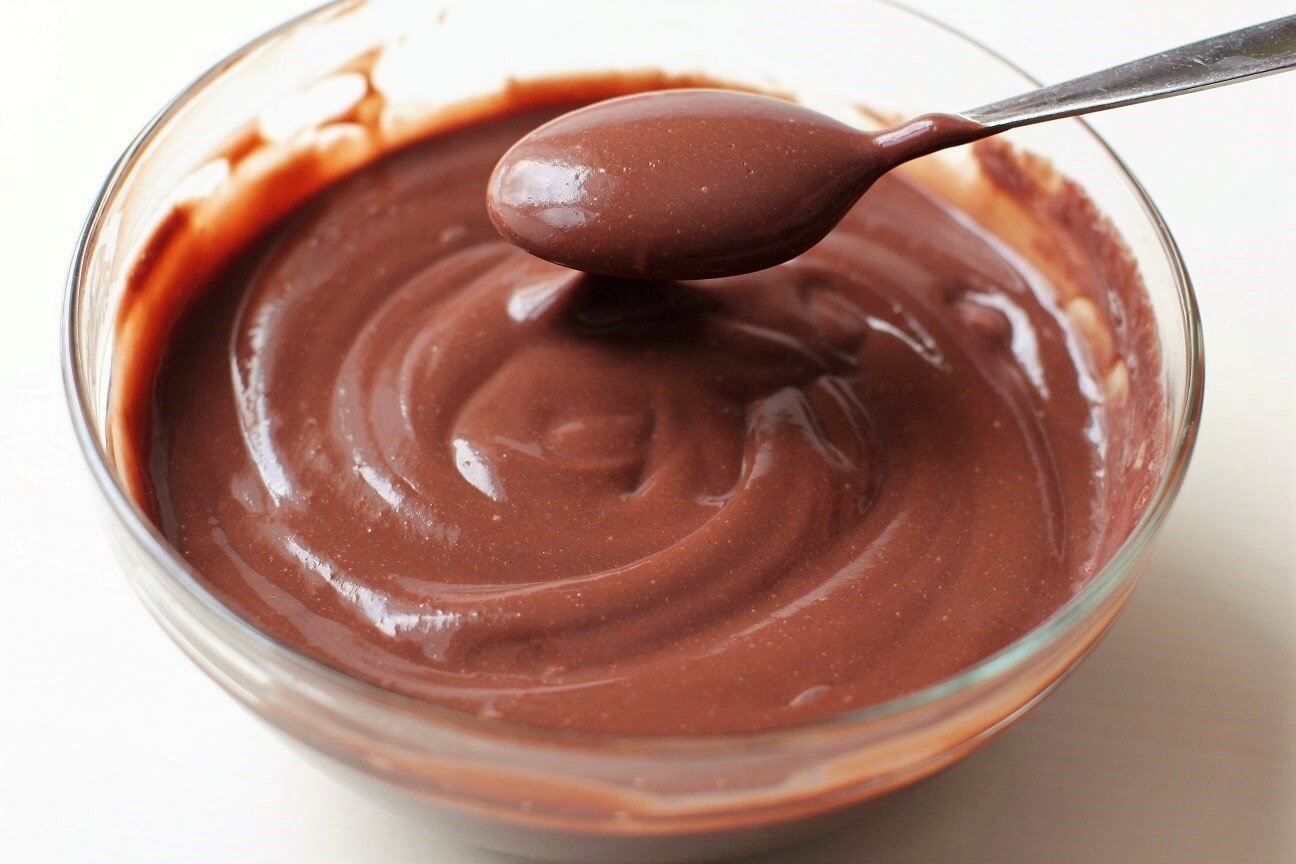 Why buy a box of processed powdered pudding mix, when you can make the real thing at home in 10 minutes? It's got a whole lot more nutrition in it and the luscious, rich flavour is miles ahead of its boxed counterpart. Plus, mixing and stirring the pudding slowly as it thickens is like some kind of awesome zen therapy. Let's return to making the old-fashioned basics at home again.

Kitchen Frau Notes: If you want to omit the chocolate chips, just use ½ cup less milk and the pudding will still be delicious. I've made it both ways. (In addition to adding a bit more of a rich chocolate taste, the chips help thicken the pudding slightly, so without them you need a little less milk.)

You can replace the chocolate chips with 2 tablespoons of Nutella - yummm.

You can also make the pudding without the egg - just increase the cornstarch to 3 tablespoons. 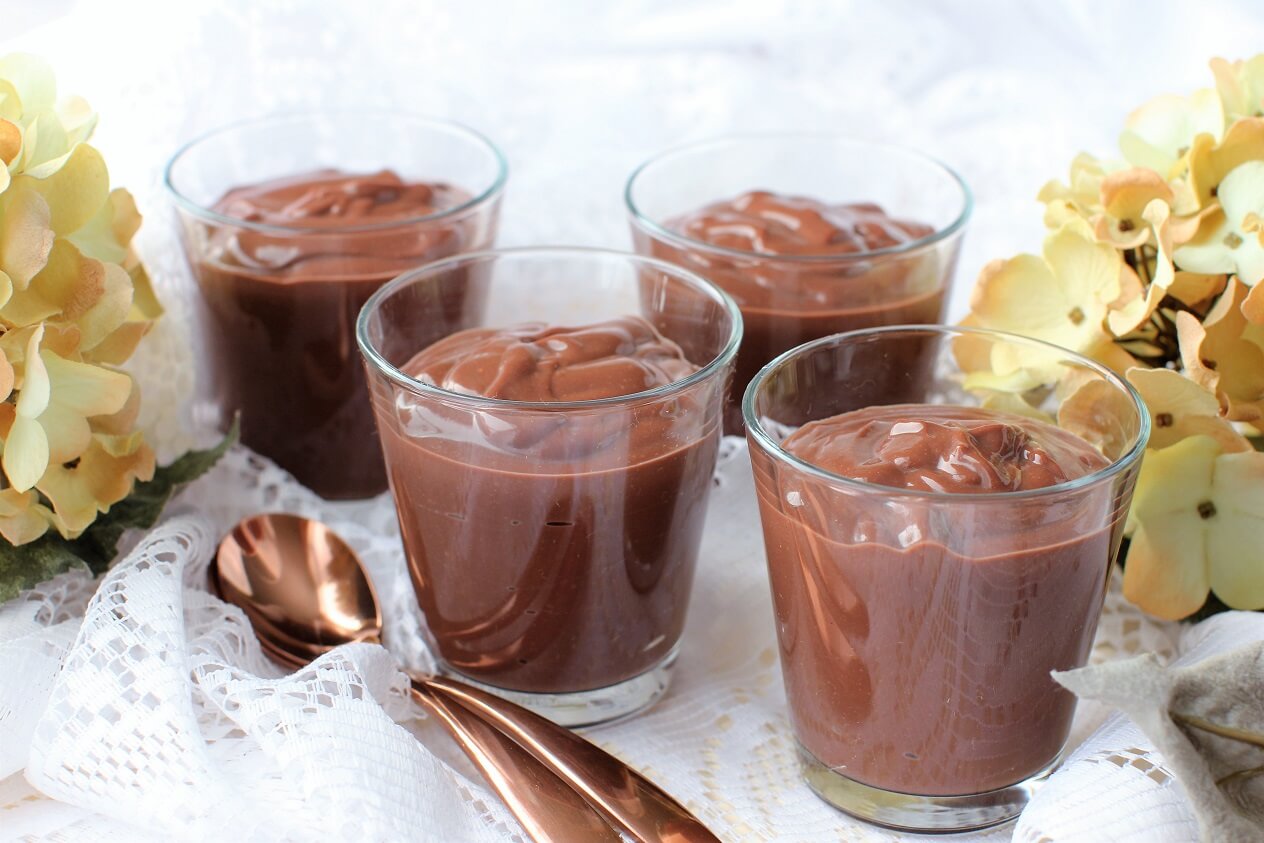 In a small saucepan, stir together the cornstarch, sugar, salt, and cocoa powder.

In a bowl, beat the egg well with a whisk; it should be frothy. Gradually whisk the milk into the egg and beat them well to combine.

Set the saucepan over medium heat and cook, stirring occasionally at first then whisking constantly as the milk gets hot, until the pudding thickens and starts to bubble.

Turn the heat lower, and cook for 1 minute, whisking constantly. Remove the saucepan from the heat and stir in the chocolate chips, butter, and vanilla, whisking until they are melted in and smooth.

Let the pudding cool for 5 minutes, whisking twice during that time to prevent a skin from forming. Pour the pudding into a bowl. (For an extra silky smooth pudding, you can pass it through a fine meshed sieve into the bowl - in case there are any bits of egg that cooked and made little lumps.)

Place a piece of plastic food wrap directly onto the surface of the pudding, making sure the wrap goes right up to the edges of the bowl. This will prevent a skin from forming on the top as it cools.

Once the pudding has cooled to lukewarm, place it in the refrigerator and chill it until it is completely cold, 2 to 3 hours (but there’s nothing wrong with eating it while it’s still warm, either). Stir the pudding before serving. 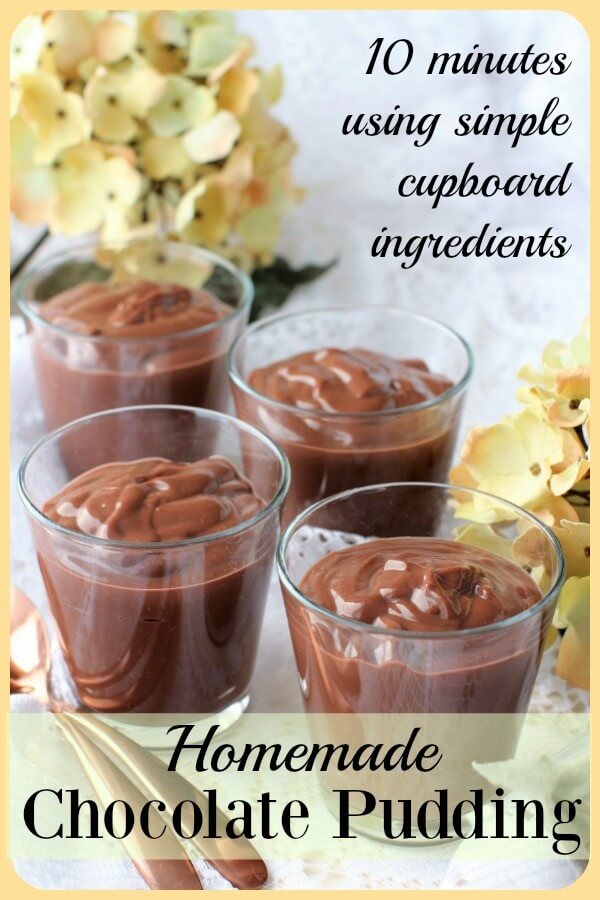