Classic tapioca pudding dressed up for a party with chocolate and almonds – so comforting and delicious. (Skip to recipe.) 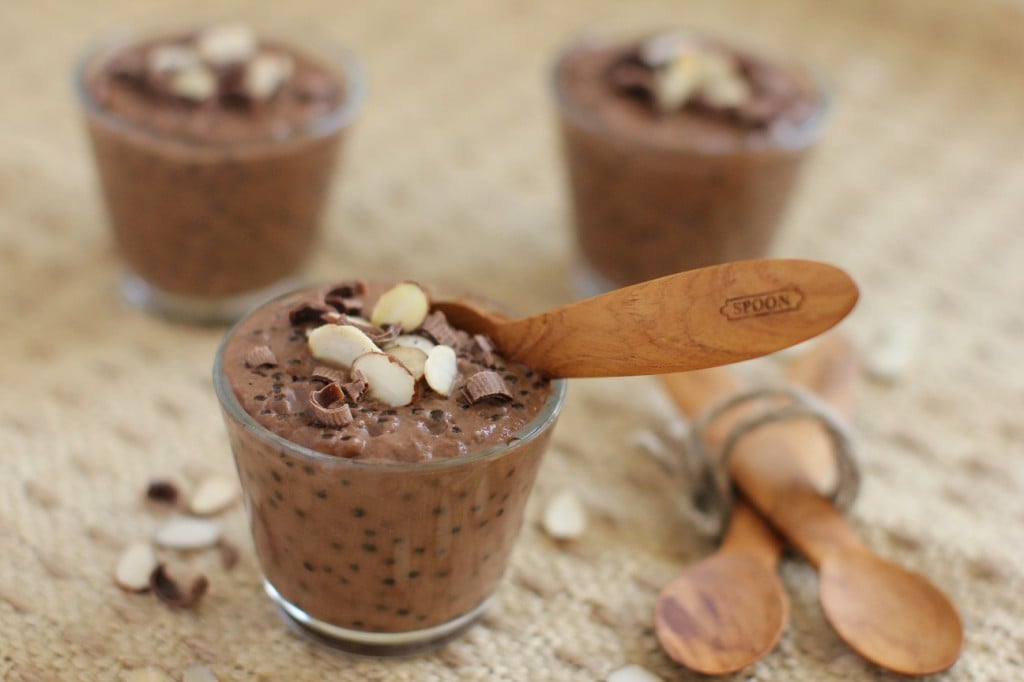 As temperatures plummet, I crave comfort foods – stews, soups and puddings. Interesting, how comfort food seldom seems to be crunchy or sharp or intense. It’s more often soft and warm and . . . well . . . comforting.

Not that crunchy, sharp and intense can’t transport one instantly back to a time and place that provoke wonderful nostalgic memories (like my oma’s zingy stone-crock pickles or my mom’s sharp cabbage-stuffed peppers), but it’s just that you can only eat so much of them. They are like the exclamation point to a good meal – a little goes a long way.

When you think of comfort food, you want to be able to eat and eat and eat. Or at least think you could. And for me that means food that is not only related to good memories from the past, but also tummy-satisfying and fulfilling and soothing, yet flavourful. Food that wraps me up like a comfy blanket and makes me glad to be inside on a cold winter day. Food that makes me feel like a little child again, getting to say home from school because I am sick and allowed to eat a huge bowl of my favourite food, curled up on the couch and watching cartoons. Food that reminds me of a simpler, gentler time, when everything we ate came from the garden, the cold room, or my mom’s kitchen. Not that we didn’t sometimes make bright neon-coloured jello salads from mixes, or have tinned spaghetti in tomato sauce for camping meals, or fried bologna (pronounced baloney for some strange reason) sandwiches for lunch. But those kinds of meals were the exception in our house, and thought of as wonderfully special by my siblings and I.

We were blessed to have a German mother who made most everything ‘from scratch’. Only as an adult do I appreciate what that really means, when in today’s busy lifestyles it is so easy to open a packet or mix or pre-prepared meal. Sometimes now, I find it as comforting to prepare a food ‘from scratch’ as it is to actually eat it. The extra time is a loving labour, a chance to slow down and lose myself in what my hands are doing, to focus on the nourishment I am preparing. Stirring the pudding or the soup or the stew is a pleasure.

One of my comfort foods is tapioca pudding, even though we never actually ate it as a pudding when we were growing up. We only ate it as a breakfast porridge, soaked overnight, cooked in milk for a long time, and then only the large-sized pearl tapioca – the kind now used in bubble tea. (I can’t imagine how early my mom must have got up to have it ready for our breakfast. It required a lot of stirring.) We called it Sago. We sprinkled it with sugar and cinnamon, and ate it in soup bowls.

So now, for me, any kind of tapioca pudding is a comfort food. And the luxury of eating it as a dessert? Wow! Double delight.

Add some chocolate. Even better!

Andreas polished off three of these puddings before I could even get the picture taken. For a fifteen-year-old boy who will voraciously eat anything without much discrimination, I was touched that he stopped long enough between mouthfuls to tell me how much he liked them and to request that I make them again.

I’ll take that as a thumbs-up to this recipe. (Worth the stirring-time) 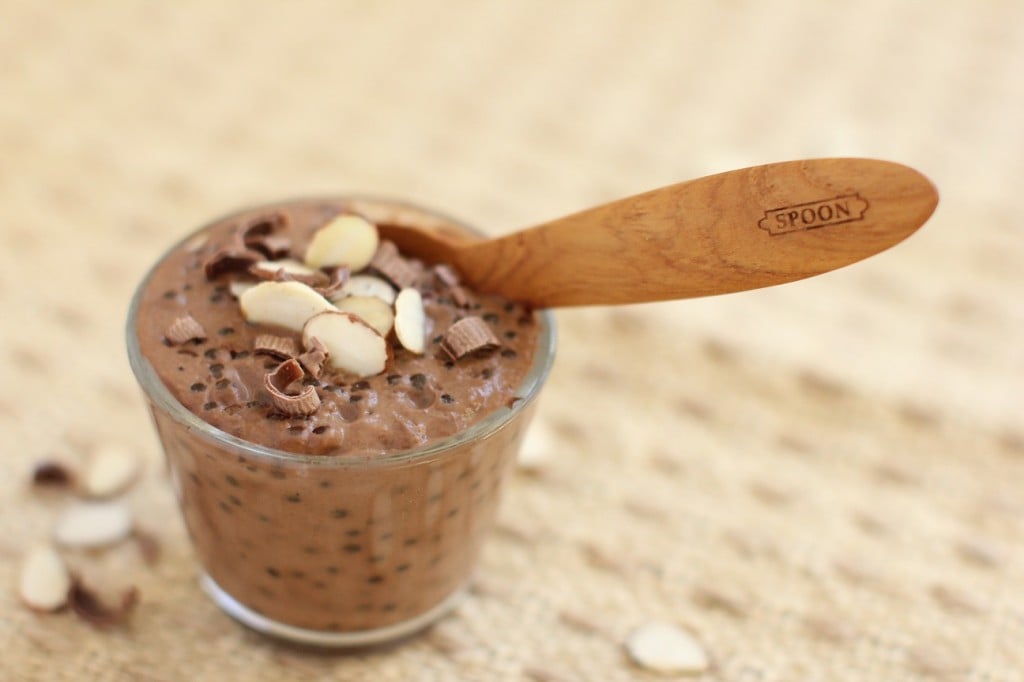 *The brand of vanilla almond milk that I used was sweet enough on its own and needed no additional sugar. Depending on the sweetness of the brand you use, you will have to taste and adjust the sweetening in the recipe. If you use regular dairy milk, you will definitely have to sweeten the pudding a bit.

*If you want to make a lighter version of the recipe (not nearly as much fun), omit the whipping cream or coconut milk, and just stir in another 1/2 cup of almond milk at the end. 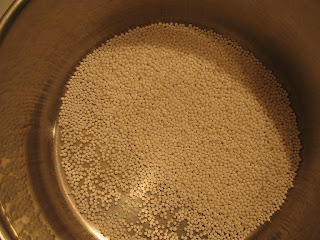 Put the seed tapioca and the almond milk into a large saucepan. Bring to a boil over medium-high heat, stirring constantly, then reduce heat and simmer, stirring often, for about 20 minutes, or until half the tapioca beads are translucent. Some beads will still be white in the center, but they will gradually become clear as the pudding cools. Taste to be sure they are not still crunchy inside.

Remove from heat and add the chocolate, cinnamon and almond extract. Stir until the chocolate is evenly melted. Taste and add sweetener if needed. Stir in the whipping cream or coconut milk. Taste once more (such a chore).

Let cool 5 minutes, stirring occasionally, then pour into a bowl or individual serving dishes and cover with plastic wrap laid directly on the pudding to prevent a skin from forming on the top.

To serve, remove wrap, garnish with chopped toasted almonds and chocolate curls. (I only had whole almonds for the photo, but they worked, too.) 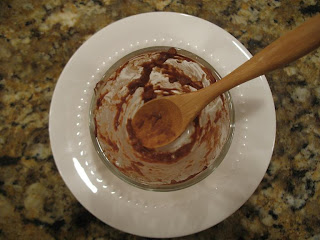