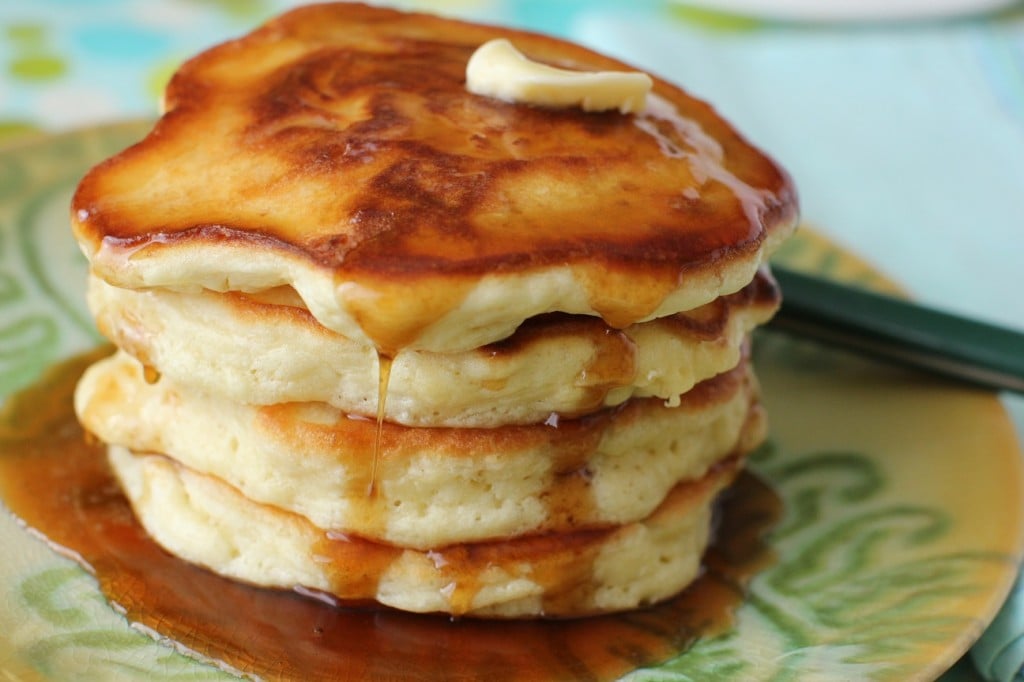 The Canadian Food Experience Project began June 7, 2013. As we, the participants, share our collective stories across the vastness of our Canadian landscape through our regional food experiences, we hope to bring global clarity to our Canadian culinary identity through the cadence of our concerted Canadian voice. Please join us. This month's topic is: Another Regional Canadian Food: in Alberta

When I think of what Canadian food is to me, I put myself into the shoes of the many European visitors we've had to our home over the years, and think of which foods they found new and different. Though not always uniquely Canadian, many of these foods were definitely considered North American by our international guests. Corn on the cob was looked at as a curiosity by my German relatives - they considered it only animal feed. Years ago, my uncle took back some corn seed to see if he could grow it there. Marshmallows, and Rice Krispies were definitely considered strange, but Rice Krispie squares were a hit. There's also our addiction to all things peanut butter. And then there are pancakes.

Most Europeans eat a version of pancakes that is much more crepe-like than our fluffy, doughy flapjacks. They eat theirs as a dessert, with a bit of lemon juice and sugar or maybe a smear of Nutella. Or they eat them as a snack, like the crepes sold in little booths all over the streets of Paris. Eating them for breakfast like we do, dripping in melting butter and slathered with maple syrup, often with a side of fried eggs and a few bacon strips has been considered different, and 'Canadian', by our German guests in the past. Though, as the years have gone by and information and travel have made cross-culture food knowledge easily accessible, people around the world are more aware and interested in what is commonly eaten in other countries, and recent guests haven't been as surprised by a platter of fried disks of floppy dough served to them for breakfast. They've seen it on television.

Pancakes aren't unique to Canada, but they are definitely eaten a lot here. We have whole restaurants dedicated just to this humble food - pancake houses, they are called. Many families, especially those with kids, love the 'breakfast for dinner' meal, which usually involves pancakes (who wants to eat a bowl of oatmeal at dinner time?). And I'm sure early settlers wouldn't have survived without some variation of fried dough cooked in cast iron skillets over smoky campfires, or rustled up over wood stoves in log cabins and bunkhouses across North America.

The simple fried puddle of batter has stood the test of time. 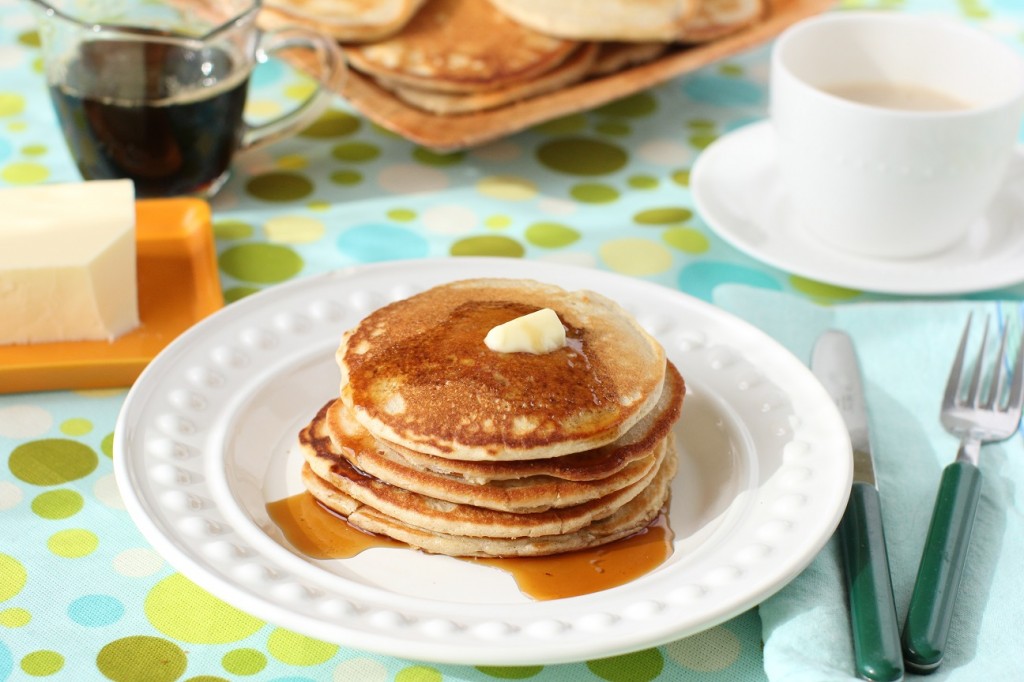 Pancakes can be topped with a melting pat of butter and a lick of syrup, or mounded with fruits or berries and whipped cream and chocolate sauce, or ice cream, or have blueberries or apple chunks, raisins or chocolate chips stirred into the batter, or be spiced with a whiff of cinnamon. Pancakes are a blank culinary slate.

My mom always made her pancakes 'from scratch'. Pancake mixes were considered special and reserved only for camping. Mom's pancakes involved beating the whites separately and lightly folding them into the batter, to make thick puffy rounds of fried batter. When I phoned her and asked for the recipe, she didn't have it written down, since she always makes it from memory, and it's not always exactly the same. She hasn't made them for a few years now, she says, so the recipe was a little sketchy, and I had to estimate measurements.

She did tell me though, that pancakes were the dish always requested by my Onkel Julius (dad's oldest brother) when he visited from Germany. Onkel Julius said he had a different favourite meal made by each of his eight siblings that lived here in Canada. The meal he always requested from my mom when visiting at our home was "those pancakes of yours, Annette - the big fluffy ones". They were something he couldn't get at home in Germany.

So to me, pancakes are a Canadian food, cooked by the first settlers to call this land home. Pancakes were a food my parents never ate before they came to Canada, but a food which they adopted and which quickly became a family favourite.

Kitchen Frau Notes:  If you use regular all-purpose white flour, the pancakes will rise a bit higher, since the gluten gives more structure to the batter. If you don't have oat flour, you can make it by whizzing rolled oats in the blender until fine.

Separate the eggs, placing the whites into the bowl of a mixer.

In a separate bowl, beat the yolks. Add the milk and the melted butter or oil, sugar, salt and vanilla. Whisk to combine. Add the flour and baking powder to the yolk mixture, and whisk just until smooth. With the electric mixer (or by hand and with a lot of elbow grease) beat the egg whites until they are stiff. 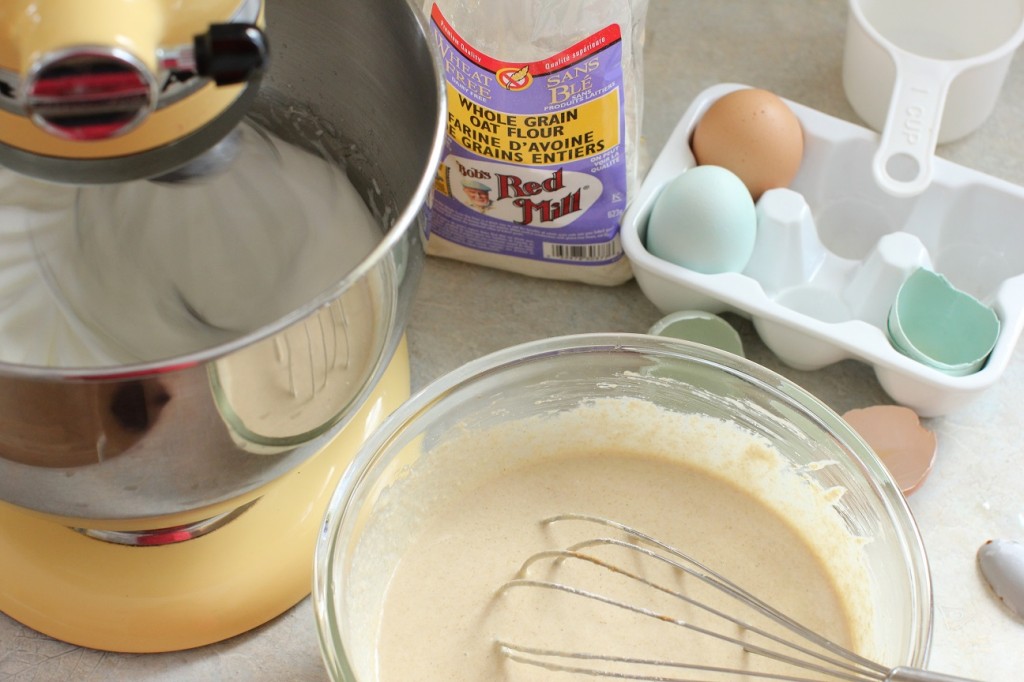 Preheat a heavy skillet over medium heat on the stove. Add a small knob of butter, oil or coconut oil and allow to heat until the oil starts to ripple a bit. Butter or coconut oil add the best flavour.

Scrape the pancake batter into the beaten egg whites, and fold gently with a rubber spatula until it is about three-quarters mixed, but still has streaks and large, marble-sized blobs of beaten egg whites that are not fully incorporated. If you mix it too much, you lose the fluffiness the egg whites give to the batter. 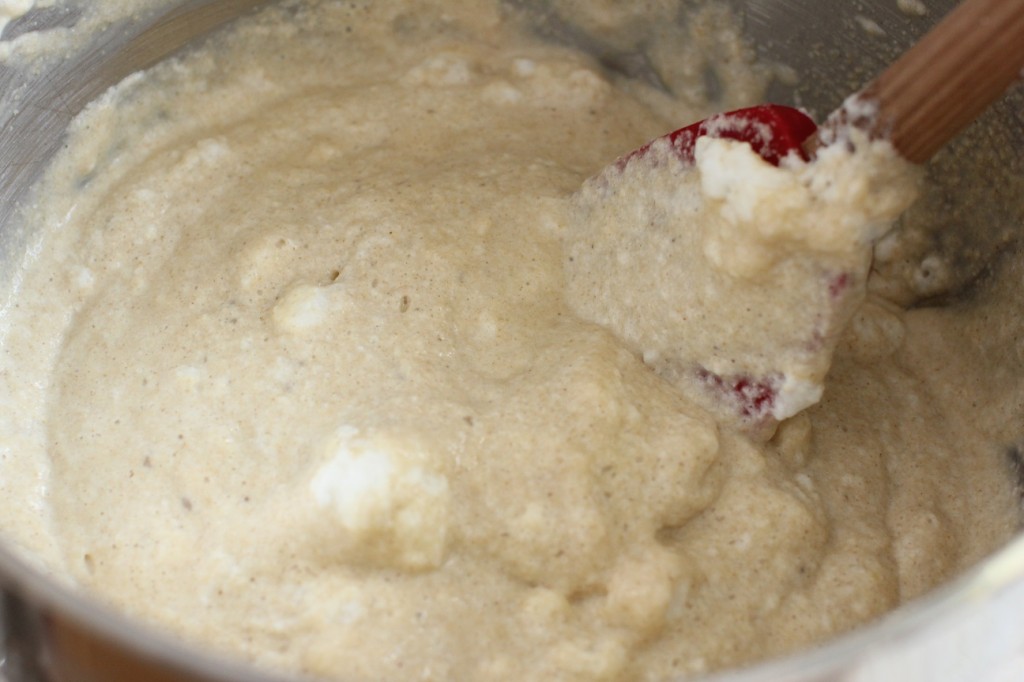 Immediately pour large spoonfuls into the hot skillet and cook the pancakes until the undersides are nicely browned. If using regular all purpose flour, the batter will be thicker and you'll need to spread it around a bit. Flip the pancakes and cook the other side until brown, too. 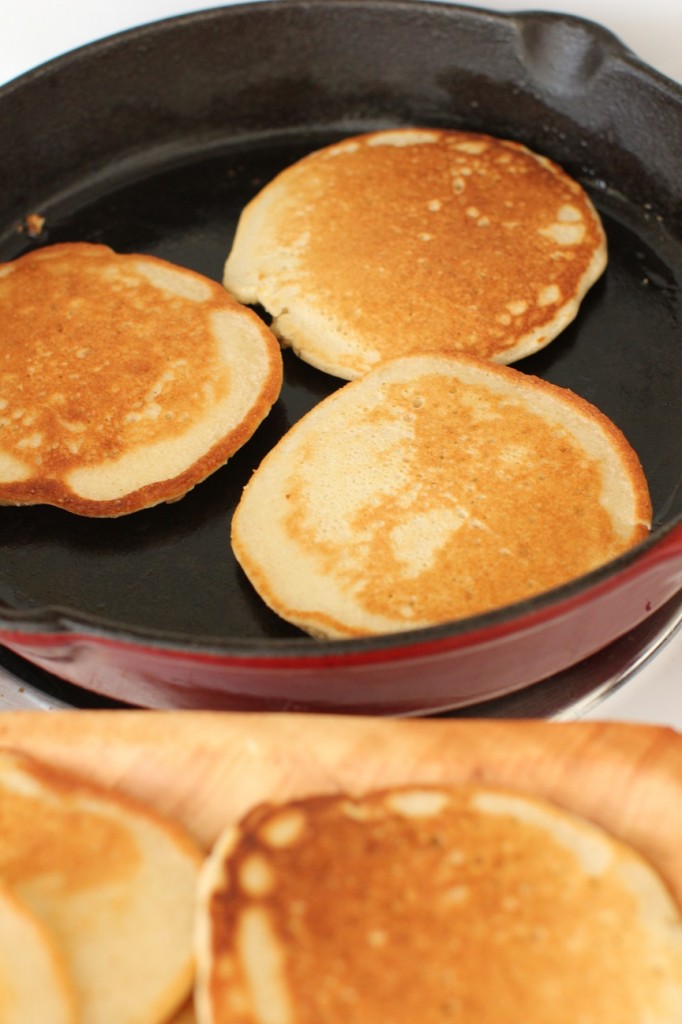 Do not let the batter sit long before starting to cook the pancakes, as it loses it's fluffiness. Add a new knob of butter to the pan before each new batch of pancakes.

Makes about 12 (4½ inch/12cm) pancakes with all purpose flour, and about 14 thinner ones with oat flour. Serve with butter and warm maple syrup.

Rollpfannkuchen is Just Another Name for Crepes 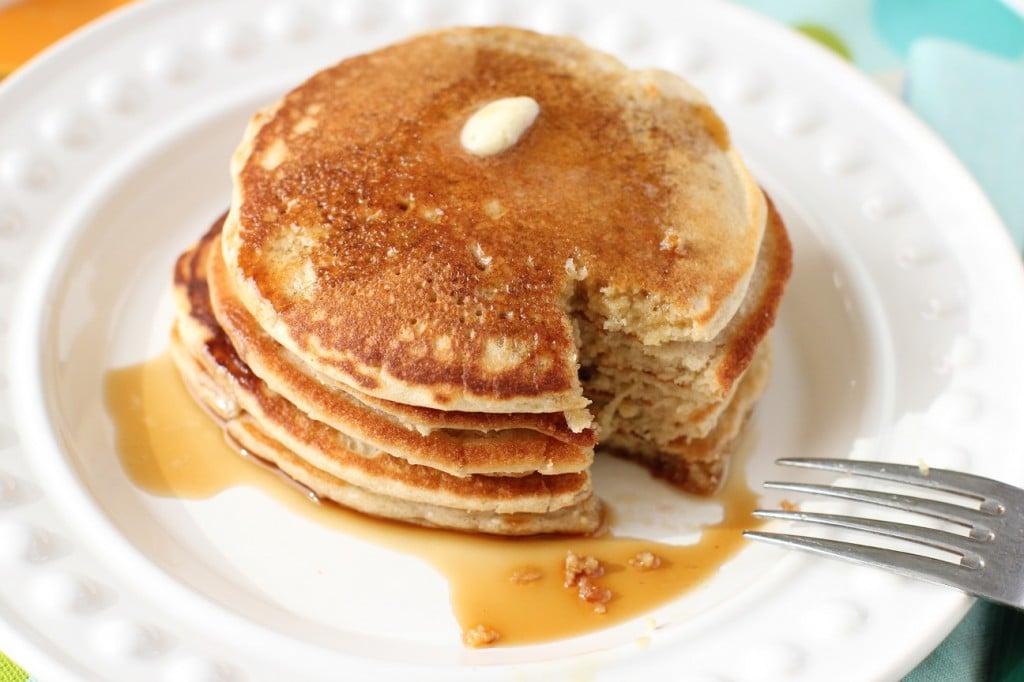