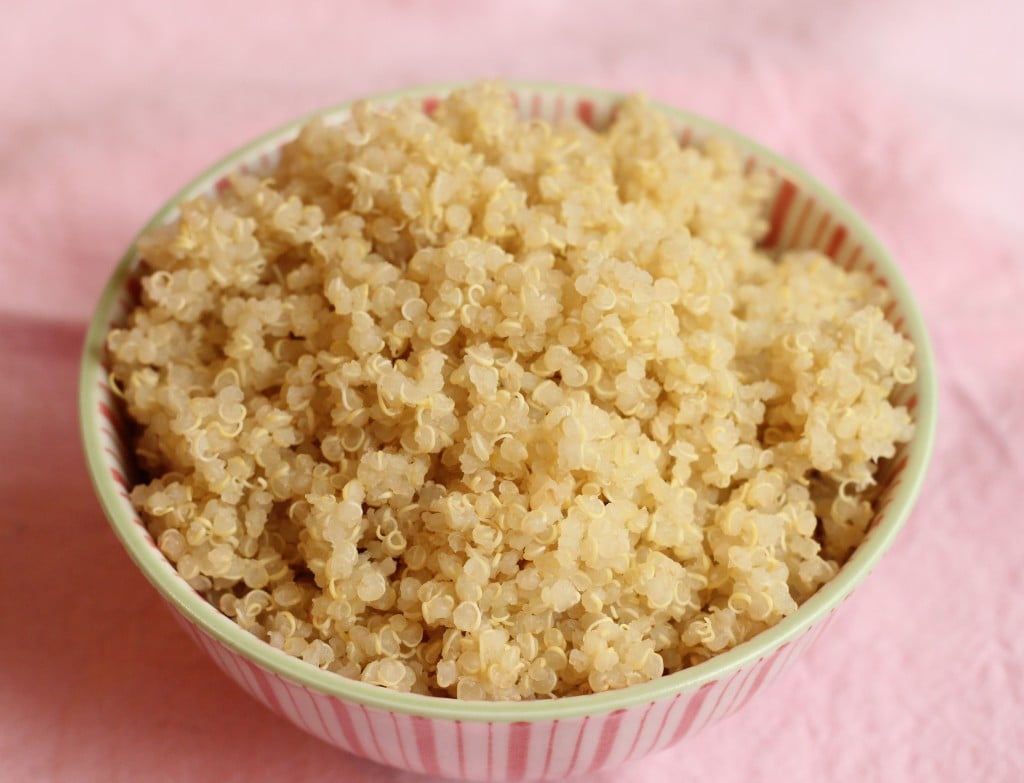 Quinoa is a new-old superfood. New - because it's only become known in North America in the last few decades, and old - because it's been grown and used in South America for thousands of years. It is the food that fueled the Inca warriors in ancient times, and it definitely is a worthy fuel for us modern warriors. Light, extremely nutritious and super easy to prepare, quinoa (pronounced KEEN-wah) is a versatile and tasty addition to modern meals. It is the gluten-free grainlike seed of a plant related to beets and is one of the few plant foods considered a complete protein because it contains all nine amino acids.

Beside all that, it really tastes good - delicate and slightly nutty. It's a perfect alternative to rice or couscous.

And it's so easy to prepare. Cook quinoa just like rice. It just needs a quick rinse to remove the bitter saponin coating on the outside (it's a natural coating which deters birds and insects - good for us because this eliminates the need for heavy chemical deterrents in the farming of quinoa). Some brands say the quinoa is pre-rinsed, but I think it's a good idea to rinse it anyway. Then a 15 to 20 minute stove time, and you have tasty, fluffy quinoa, ready as a side to your meal or for the base of many sweet or savoury dishes.

There are many varieties of quinoa, but the white and red quinoa are most commonly available. (Sometimes you can even find a black variety.)

White quinoa is mild and nutty. 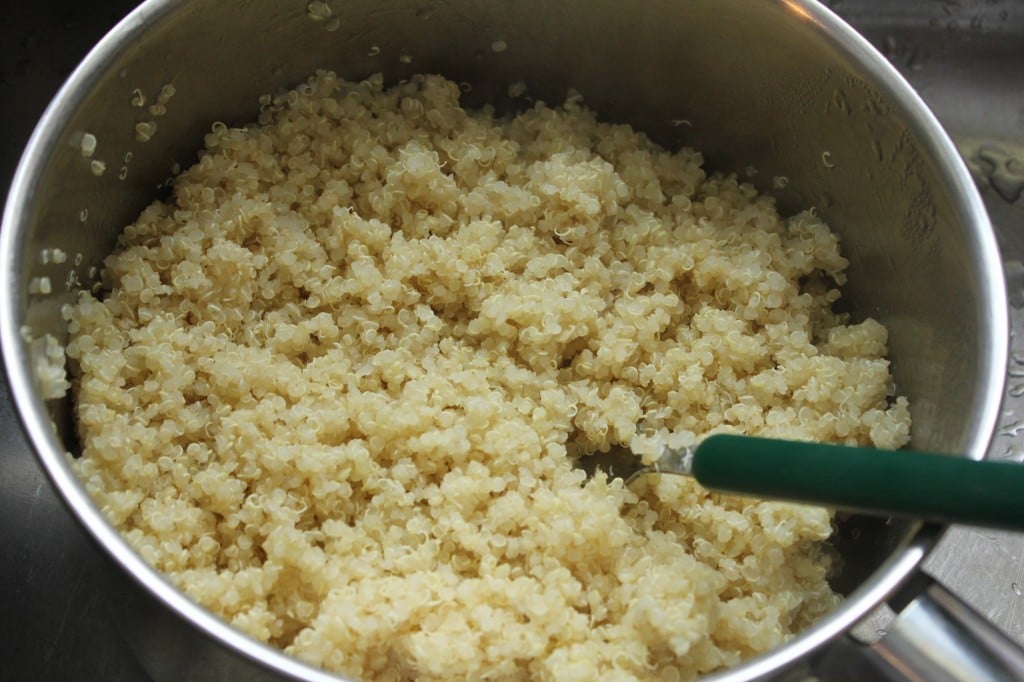 Red quinoa is more robust with a slightly stronger, earthier taste.  Both are cooked in the same way. 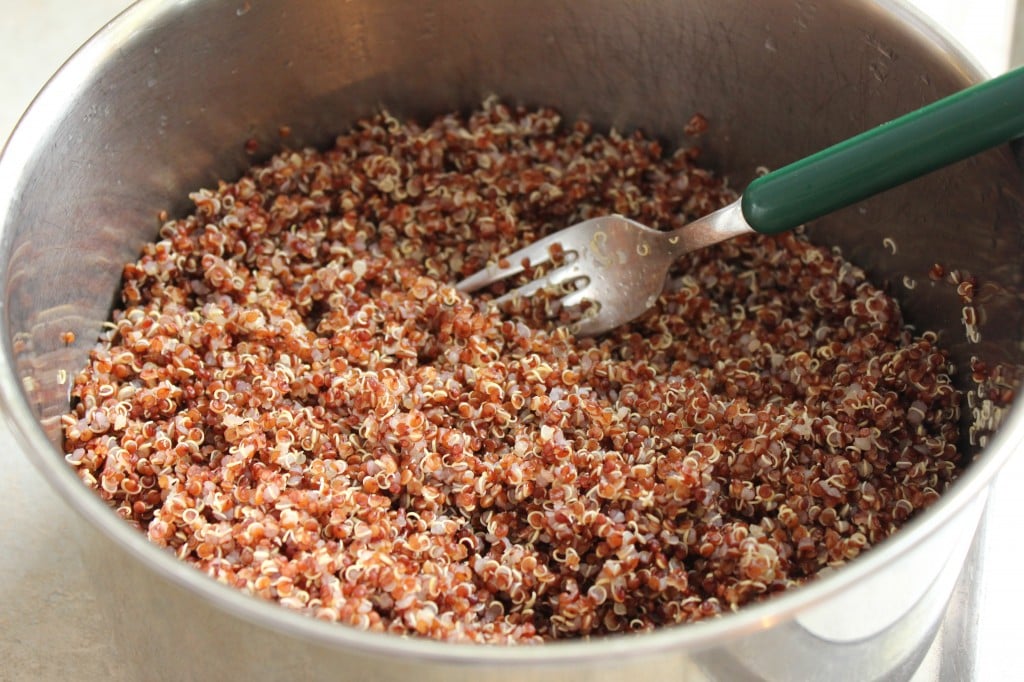 If you know how to cook quinoa (see how easy it is?), you've got the base for a wide range of delicious and nutritious meals.

Kitchen Frau Notes: Most information I can find says one cup of uncooked quinoa equals 2 to 3 cups cooked quinoa, but I find it usually equals about 4 cups cooked - maybe it's the way I measure - I pack it loosely into the measuring cup.

You can cook your quinoa in broth instead of water to add flavour, or add a knob of butter or drizzle of olive oil before or after cooking for extra richness.

How to Cook Quinoa

Place the quinoa into a fine-meshed strainer (so you don't lose the seeds) and rinse it under running water for at least 1 minute. Use your hand to swirl and swish the seeds around so they rub against each other to aid in the removal of the saponins.

Shake the strainer gently to remove as much of the excess water as possible. Empty the seeds into a saucepan big enough to hold the cooked amount. Add a scant 2 cups of water (since the wet quinoa already holds an amount of water.) I usually use halfway between 1¾ and 2 cups of water.

Place over high heat and bring to a boil, uncovered. Stir, then turn the heat to low, cover with a lid, and simmer from 15 to 20 minutes, until the water has all evaporated (check by scraping to the bottom of the saucepan with a spoon) and the quinoa looks light and fluffy. The germ will have separated from the seeds and look like cute little cream-coloured curls. Remove the saucepan from the heat and let sit with the lid on for 5 more minutes to steam. Fluff with a fork and your quinoa is ready to serve or use in your recipe.

Quinoa Salad with a Crunch

Green and White Quinoa Salad with Asparagus, Cucumbers, and Peas