Gluten free bran muffins that taste deliciously close to the real thing - they're rich and moist and full of that traditional bran muffin flavour. A comforting snack and breakfast staple. 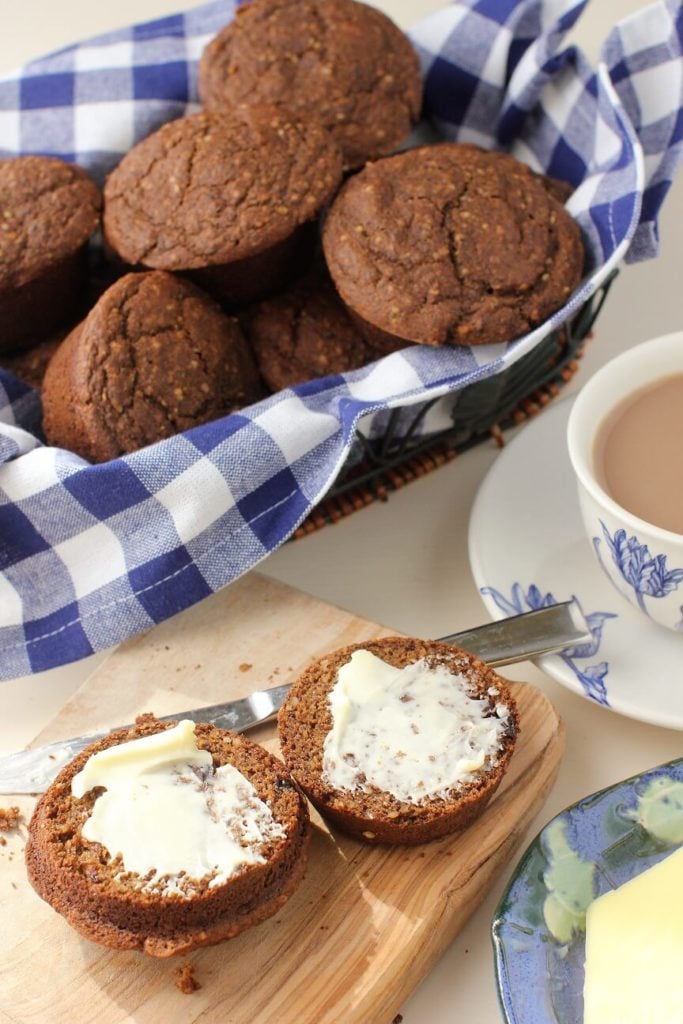 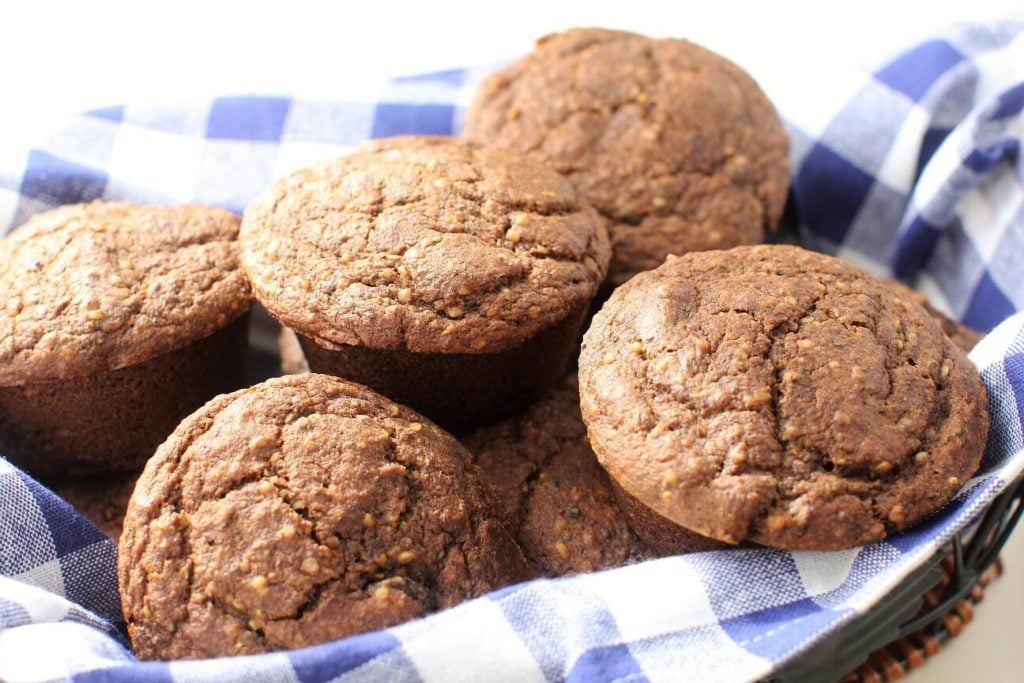 Winter sure took its time leaving, skulking around here way past its welcome. Yes, it's technically spring on the calendar, but it felt like a loooooooong time coming in our neck of the woods. We're still tromping through snow to get to the chicken coop, the garden is buried deeeeeeeep under its blanket of white, and cold winds are howling today. We haven't even hit our muddy phase! However, on the bright side - the snow that's left is wet and grainy and the ducks are quacking in the swamp behind our house. Signs of spring are gently stirring.

I couldn't resist buying a few bags of spring bulbs. They're sitting on the dryer and winking cheekily at me whenever I go out the door in my coat and boots. I'll get to them and put them in their place soon enough!

I've been waiting very impatiently for two things in our house - spring and a properly working oven. Spring, I know will come eventually, but the oven? I'm starting to have my doubts.

Our old stove finally died in January. After twenty five years of valiant service, it limped along after Christmas, when the oven door handle finally broke and I had to open it with two metal hooks and pot holders. It coughed its last cough and breathed its last hot breath and we ordered a new one. I was so excited when my new glass-topped stove with double oven arrived a month later. We brought in the new stove and took the old one to the dump. I went to set the clock and start fiddling with the exciting knobs and buttons only to find half the numbers on the control panel didn't work. After much fighting with the company, they agreed to replace the stove. That took almost another two months, and I was ready to strangle someone!

Your stove will be here in two to three weeks. Um no, now it'll be another two weeks. Sorry, it didn't come in. Next week. Oh, did we say Friday? We meant next Friday. There was a delay at the warehouse. We only deliver to your area on Fridays. You'll have to wait another week. Yes, we'll deliver it today between noon and seven. Oh, we're running late. Then no delivery, no call, and no show.

It finally arrived just before Easter.

During all this waiting time I'd been cooking with a one-burner hot plate, an electric frying pan, a slow cooker, and a borrowed toaster oven. I hosted large family dinners, cooked for dinner guests, developed recipes, and gave weekly cooking lessons with Meredith. I was getting frazzled. The fun of challenging myself to prepare meals with different appliances had definitely gone stale. I just wanted my kitchen back. I didn't like pretending to be a pioneer woman any more. (Yeah, I know I had four more appliances than any pioneer woman ever had, and I'm lucky to have even those modern conveniences, but I was feeling snarky.)

And now that the second new oven has arrived - I've been having nothing but problems with IT! One burner decided sporadically not to work, the bottom oven light has quit working, and the temperature in both ovens is wonnnnnky - sometimes too high, sometimes too low, and sometimes waayyyyy too high. I am frustrated beyond belief. I've been trying to bake different items so I can test how the ovens work. 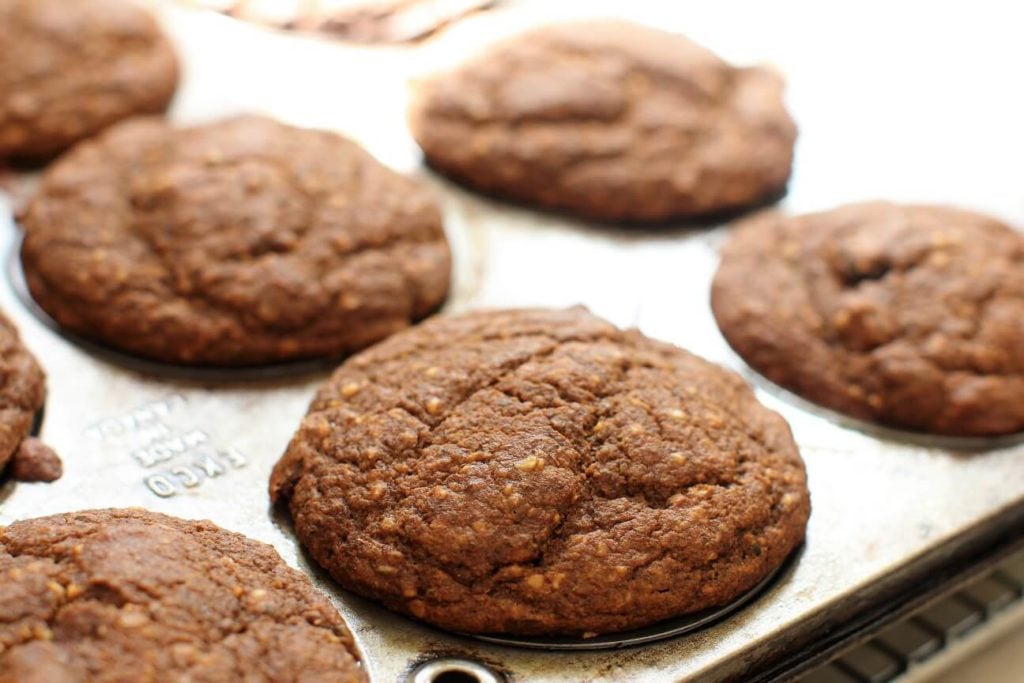 I am happy to say that these gluten free bran muffins turned out beautifully, in spite of my crazy-making new oven. I don't want to talk about that, so I'll talk about the muffins instead. They're:

Okay, so they're not actual bran muffins - but they're the next best thing! 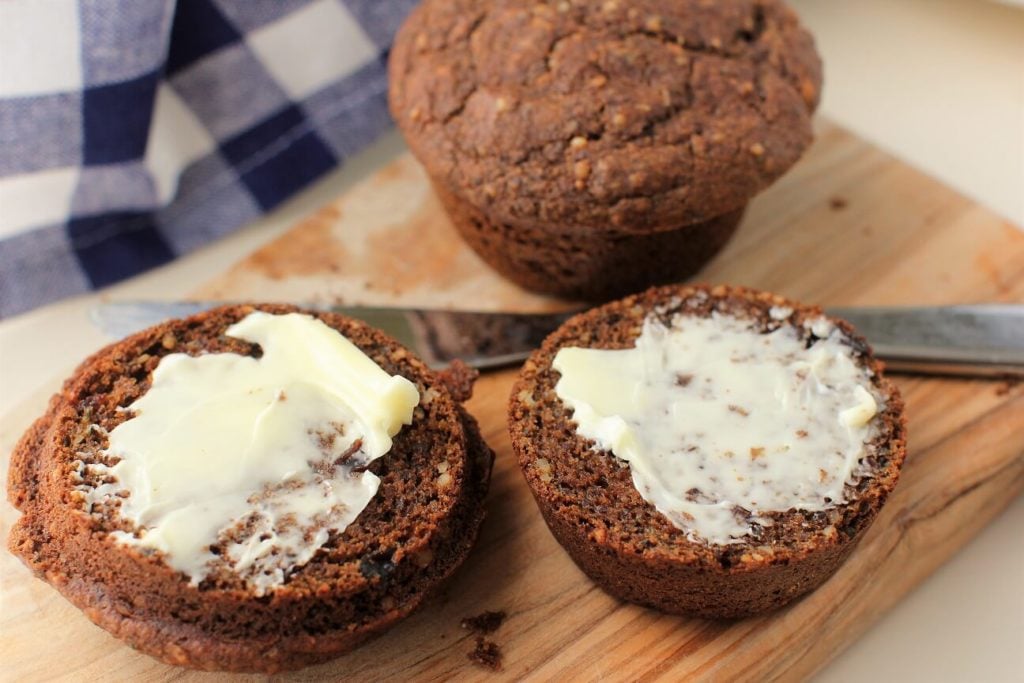 And if they turned out so well in my sad excuse for an oven, they'll surely turn out in yours. 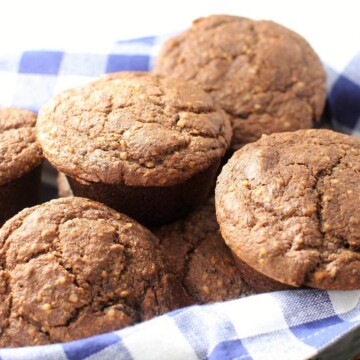 You can buy pre-ground flax seeds (store them in the freezer) or quickly grind your own in a coffee grinder or blender.
Tried this recipe?Let us know how it was!