Buckwheat Kasha is a Ukrainian comfort food, and when you add ground beef to it, it becomes a simple but hearty meal all cooked in one dish. Buckwheat is a gluten-free plant seed loaded with nutrients. Move over 'hamburger helper', a healthier cousin has come to town! 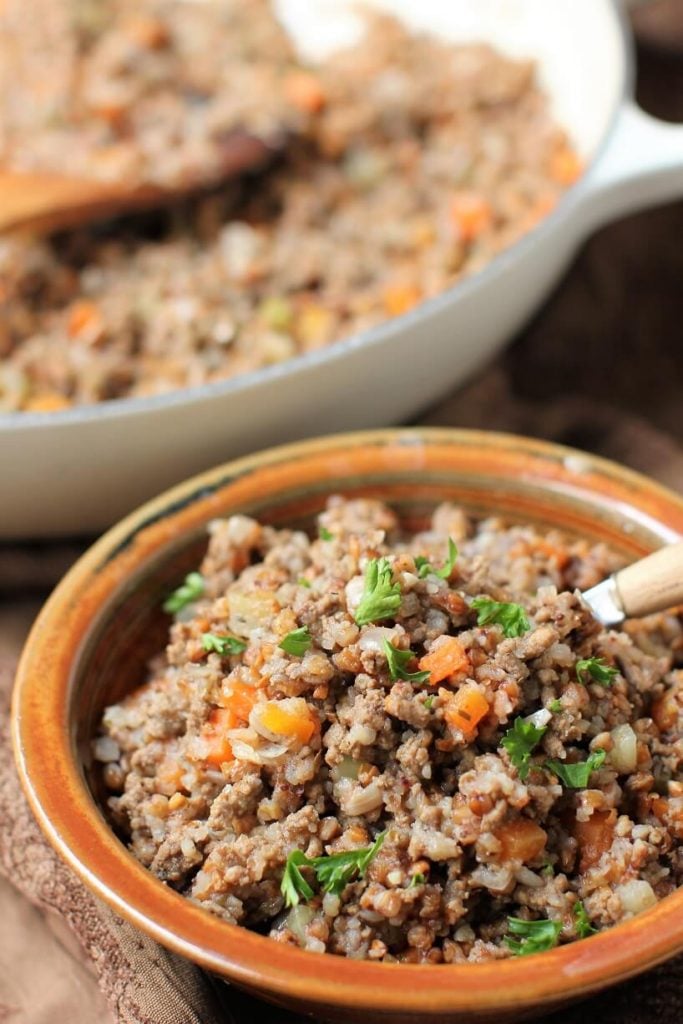 This month for our Eat the World recipe challenge, we travel to Ukraine, whose rich fertile soils and vast fields of wheat and other food crops have earned it the nickname 'Bread Basket of Europe'. Nearly one third of the world's black soil is found in this country. In addition to growing abundant crops of barley, wheat, corn, sugar beets, and sunflowers, Ukraine is the world's third largest buckwheat producer.

Buckwheat (like quinoa) is a pseudocereal, which is a type of grain that doesn't grow on grasses but is used similarly to other cereals. It's actually the seed of a plant with heart-shaped leaves that is related to rhubarb and sorrel, and it's naturally completely gluten free, in spite of its name. Buckwheat is an important regional food in Ukraine and Russia, being a dietary staple for many centuries - the food of the masses, keeping peasant populations and whole armies from starving, yet also appearing on the tables of the tsars in their palaces.

There is some discrepancy about the terminology related to buckwheat. In Ukrainian, the word “kasha” means a porridge made from boiled buckwheat or other grains. Here in North America, kasha usually means hulled buckwheat kernels (called groats) that have been toasted, as opposed to raw untoasted buckwheat groats. The toasting process helps to make the buckwheat less mushy when cooking it. 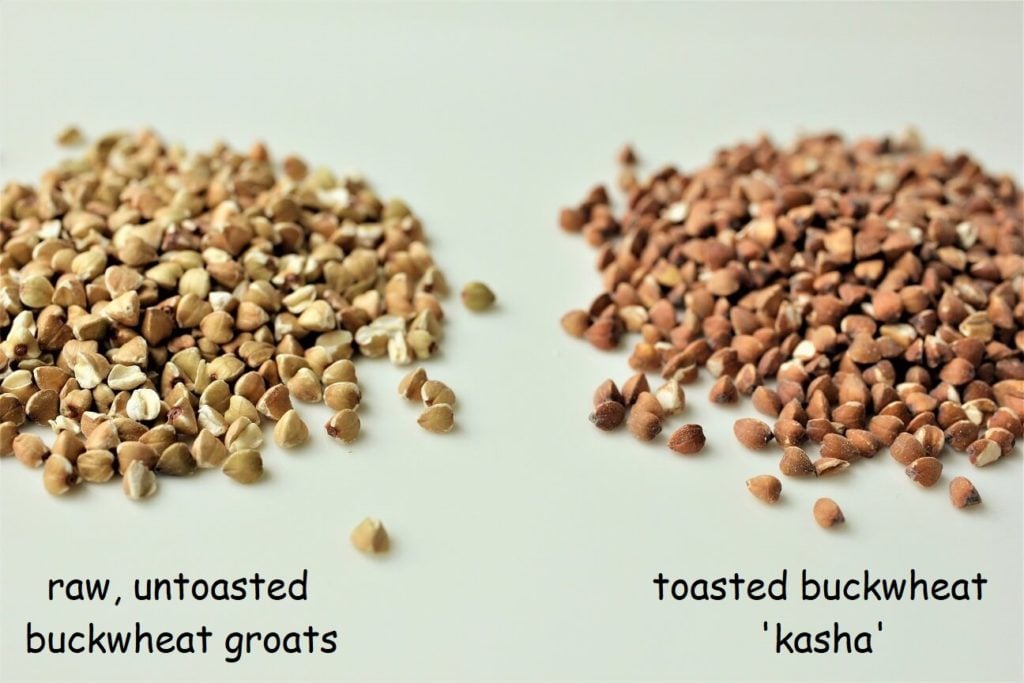 Buckwheat is a humble gluten-free seed, yet loaded with health-supporting nutrients. It's high in antioxidants and minerals, protein and fiber. Because of its many properties, including cardiovascular benefits and blood sugar control, it's often touted as one of the superfoods. Buckwheat has more protein than rice, wheat, millet or corn, and is high in the amino acids lysine and arginine (which are lacking in other major cereals). It's considered one of the plant-based complete protein foods.

Plus it just tastes good.

My mom always cooked a dish of kale simmered together with buckwheat when we were growing up, but I have really come to love its rich nutty flavour combined with all sorts of foods. You can use it just like you would any other grain, putting cooked buckwheat groats into salads, making it into pilafs, and even cooking it as a porridge. Buckwheat flour is delicious and wholesome (cake, crepes, pancakes, biscuits).

This simple dish of toasted buckwheat cooked with beef and flavourful winter vegetables is a rib-sticking comfort food that's easy to digest. I can imagine myself, at the turn of the century in a Ukrainian farming community, coming in tired and hungry from a hard days work in the fields and sitting down to a big bowl of hearty, wholesome buckwheat kasha.

Beef and Buckwheat Kasha is Easy to Cook 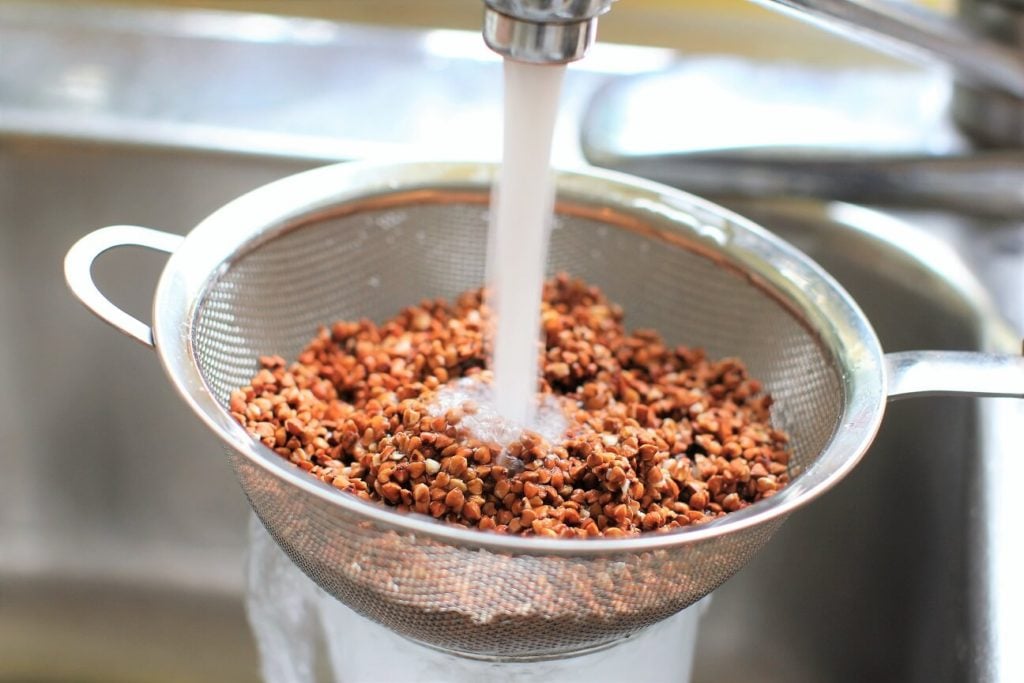 Then cook it quickly in a hot skillet with a bit of oil to help seal the grains, which can release a natural gel when cooking that can make them mushy. 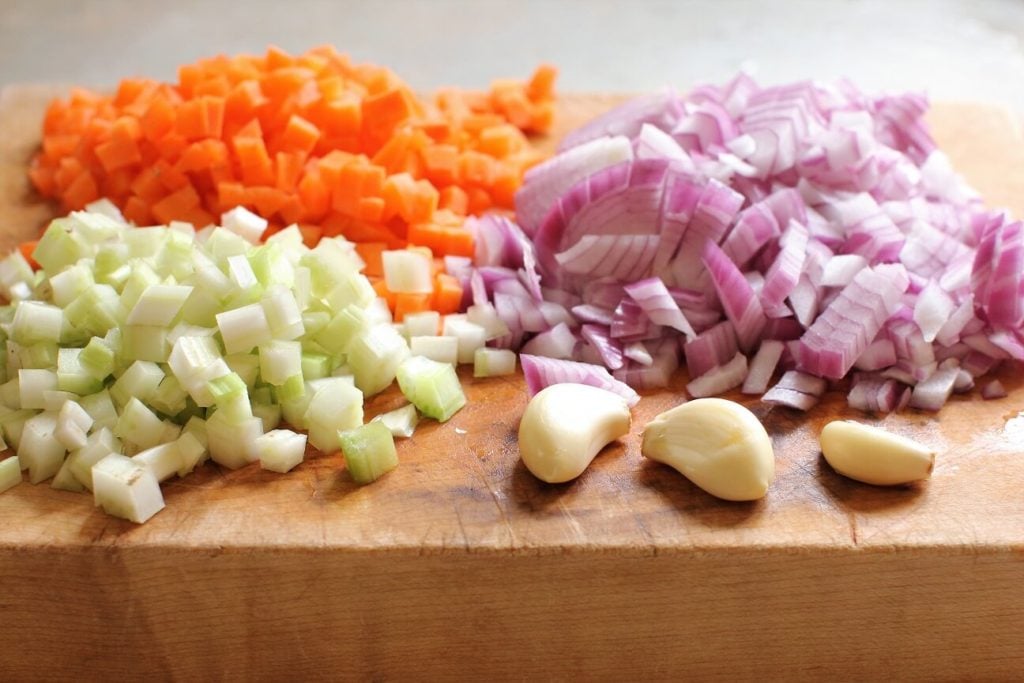 Sauté the meat and vegetables, then add the seared buckwheat groats and water.

Cover and cook the dish like you would rice or any other grains - no peeking, no stirring. When it's done, you've got a pan of savoury meat, veggies, and buckwheat that will warm your insides. 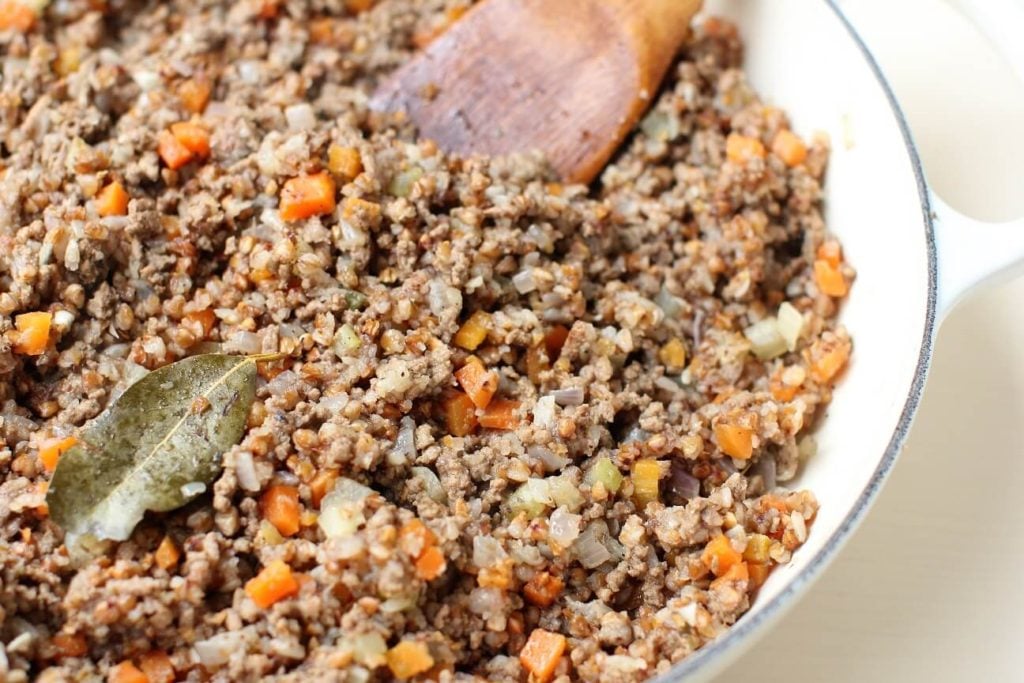 Finish it off with a knob of butter, because as the Ukrainians say, you can never put too much butter in buckwheat.

Enjoy the hearty flavours of Ukraine. 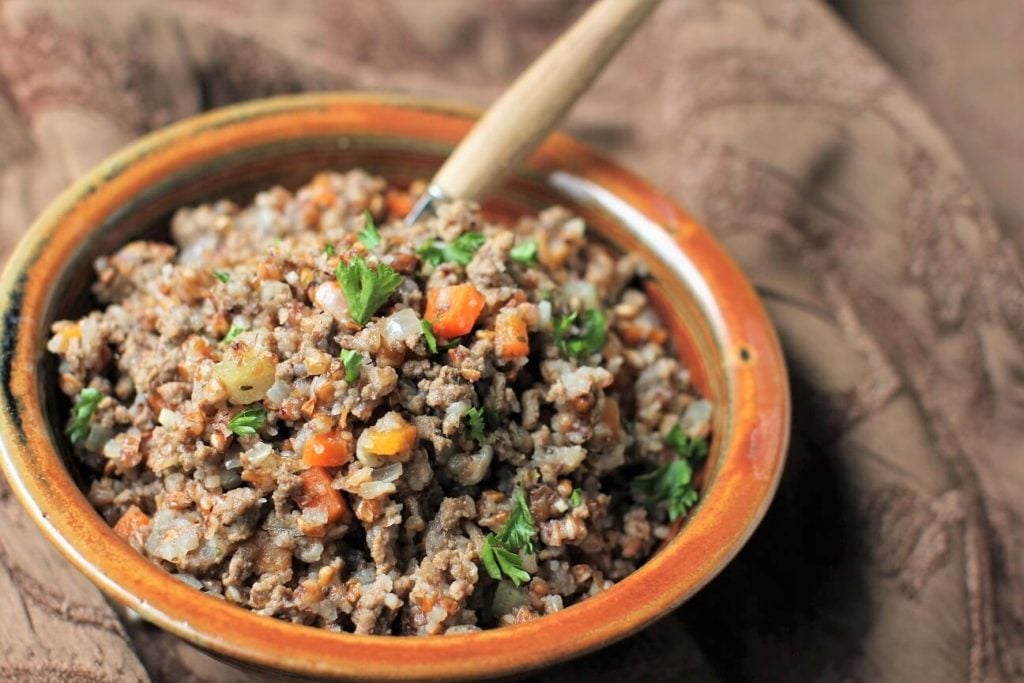 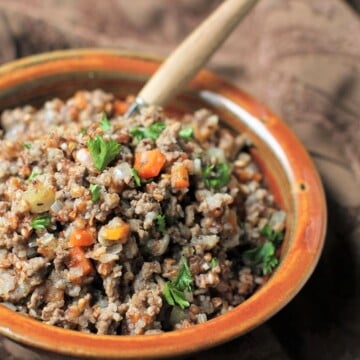 You can use raw, untoasted buckwheat for cooking kasha, but it won't have the rich nutty flavour of toasted buckwheat. Toasted kasha is a darker brown colour - it may be easier to find in import stores. However, you can easily toast raw buckwheat yourself. Rinse and drain the buckwheat, then put it into a dry skillet (without oil) and toast over medium-high heat, stirring constantly, for about five minutes, until the grains are evenly browned. Or spread the buckwheat on a cookie sheet and toast it in the oven at 300°F (150°C),  for 35 to 40 minutes. Stir the grains halfway through so they brown evenly.
Tried this recipe?Let us know how it was!

Check out all the wonderful Ukrainian dishes prepared by fellow Eat the World members and share with #eattheworld. Click here to find out how to join and have fun exploring a country a month in the kitchen with us! 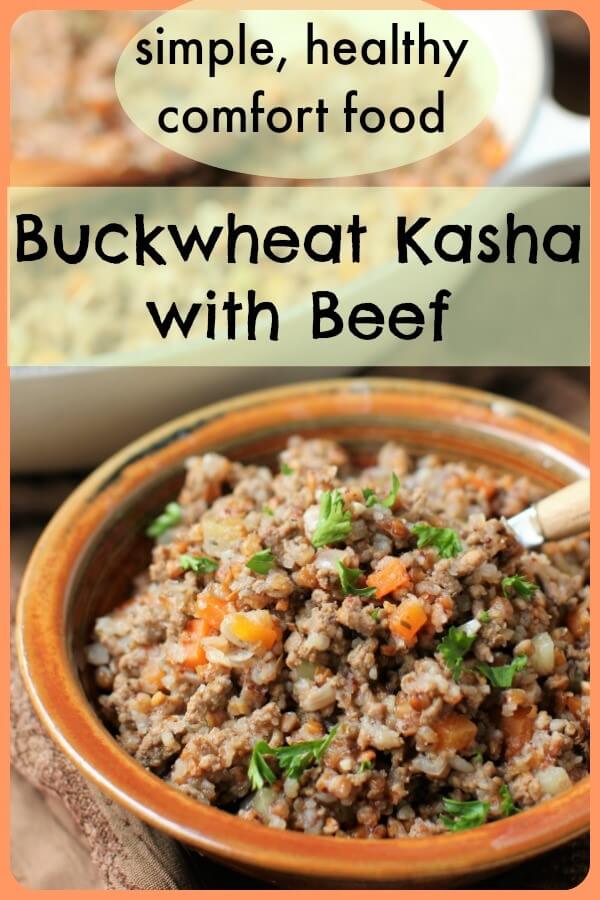