A hot summer day just begs for ice cream, and this lusciously tangy rhubarb ice cream fills the craving. It's rich and creamy, made with velvety coconut milk, gloriously tart rhubarb, and a touch of sweet honey. It ticks all the boxes for a cooling treat or a refreshing end to an outdoor meal. Scoop it into a bowl or pile it into a cone, it's delish any which way you lick it (and you'd never know it's dairy free and egg free, too). [Skip to recipe.]

We've finally got some heat around here - it actually feels like summer has arrived (after months of cold, dreary, rainy weather). The sun is shining and nature is blossoming. The garden is thriving and growing like a (good) weed - finally catching up after the carnage wreaked by our resident deer population. They came during three different nights and chowed down on all their favourite salad buffet ingredients; mowed the three rows of beets down to nubs, ate the top half of all the cucumbers, green beans, swiss chard, and spinach, devoured the top two feet of tender blossoms and stems of all our peas, and munched the centers out of all the lettuce plants. We've now fashioned wire cages to go over the most vulnerable rows. Dang blasted *&@#!$ deer!!!!

Okay, my rant is now done.

And I'm sure glad they don't like rhubarb. Because we're still getting some wonderful rhubarb stalks. (Which is great, because the cherries and saskatoons are almost non-existent this year.) 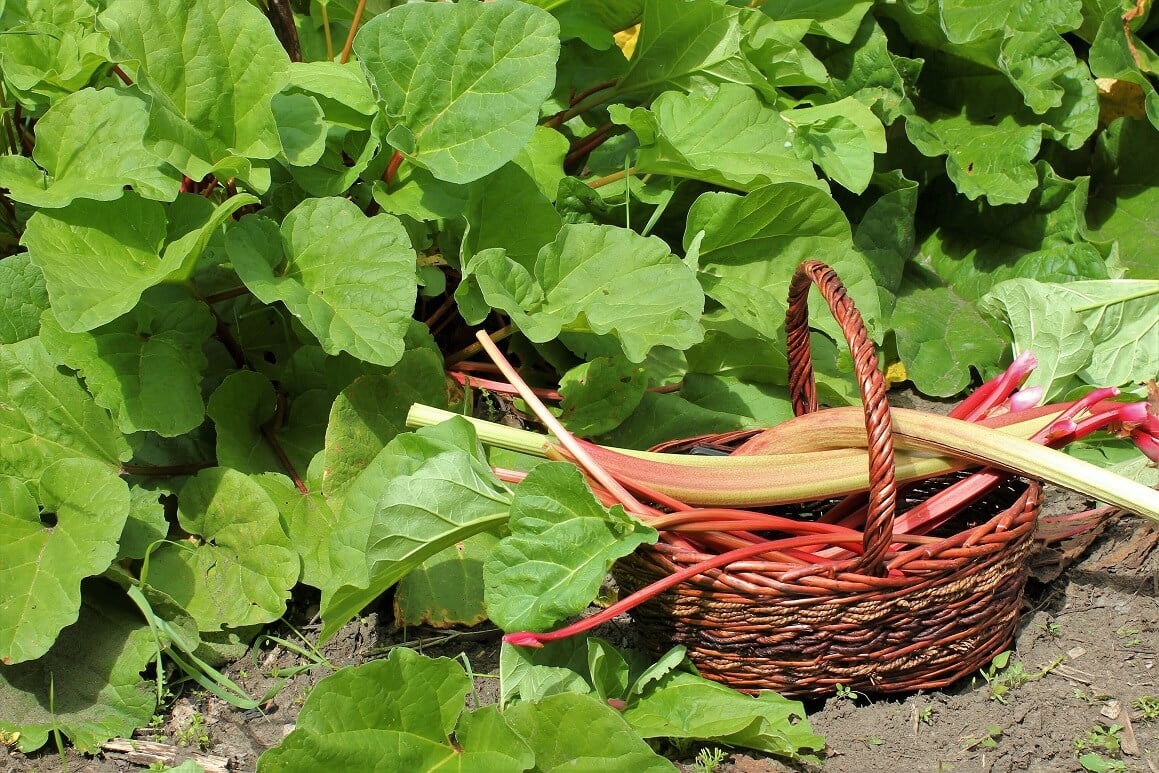 I love bringing in an armful of stalks and turning them into something deliciously tart and tangy. This week I had a real craving for rhubarb ice cream, so I played around with using my vanilla ice cream base and adding some glowing, tart cooked rhubarb to it. Our smaller (regular-sized) rhubarb provides beautiful red stalks that keep their colour when cooked, so this ice cream turned out a lovely shade of pink. 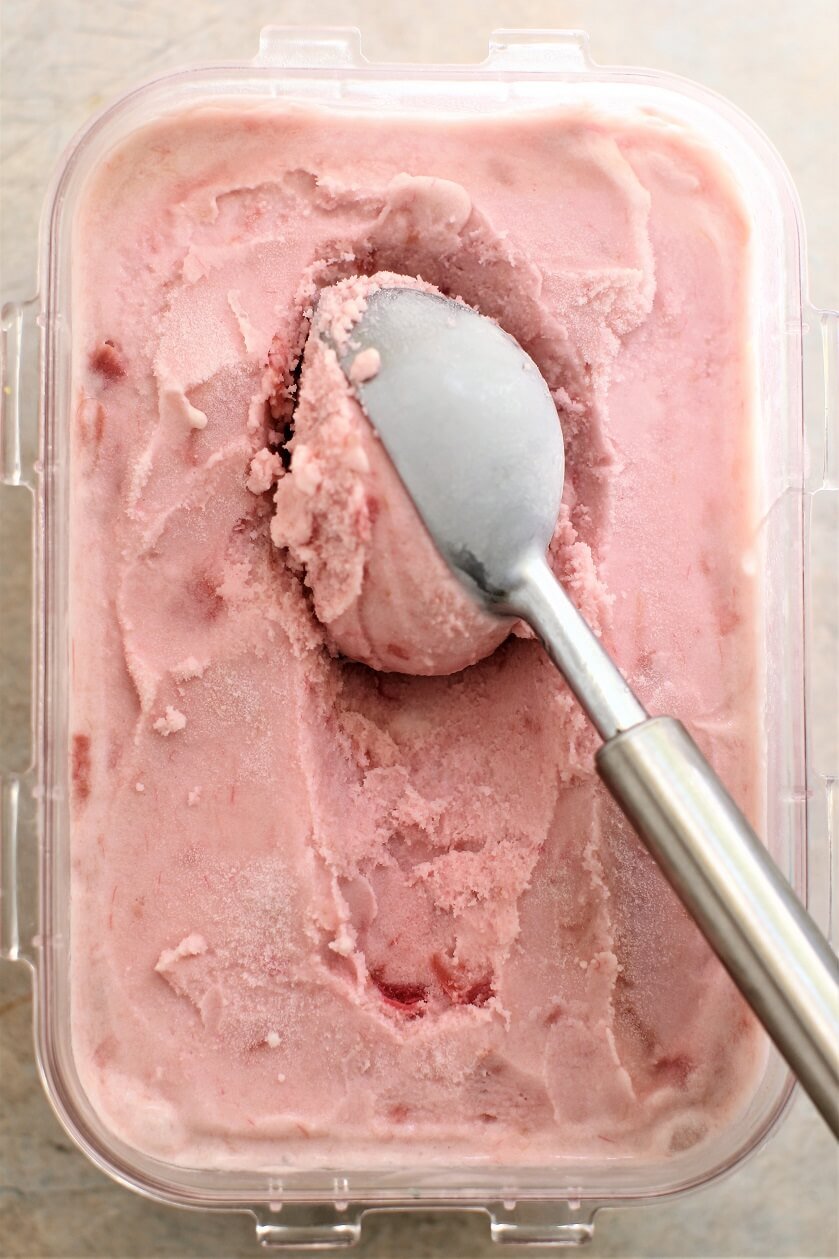 If your rhubarb leans more toward the green palette, you can augment it naturally with a little bit of juice squeezed from some grated fresh beet (you won't taste it, I promise) or some dehydrated powdered strawberry, raspberry, or hibiscus blossoms to turn it a more rosy pink.

A little touch of rosewater whispers with a lovely floral hint to enhance the rhubarb's flavour, but if you don't have any, the ice cream is still delicious without it.

This ice cream is a real treat and something very unique (have you ever seen Honey Rhubarb Ice Cream in a store?) It's a great way to showcase that reliable, hardy, lowly, glorious rhubarb plant hiding in the forgotten corner of your garden.

The ice cream is: 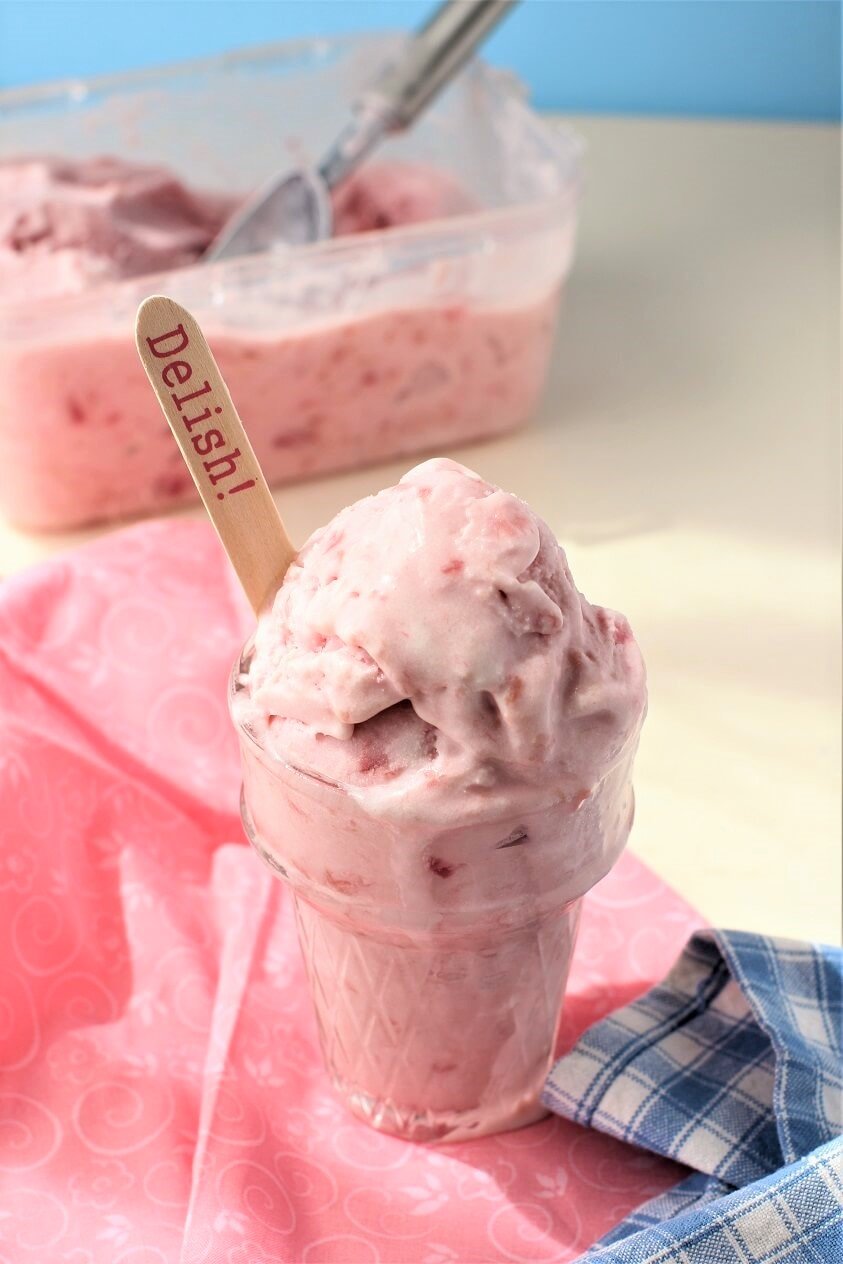 If you love fruity, tangy flavours, this one's for you. To take it over the top, try serving a ball or two of delicious Rhubarb Ice Cream with a puddle of silky pink Rhubarb Curd cascading down its sides - heaven on earth!

You can also use your rhubarb in:

Since this ice cream contains a low amount of sweetener (it's rhubarb, so you want to taste that tang), it will freeze quite firm if left in the freezer for longer than a few hours. Just take it out a bit early and let it sit at room temperature for 25 to 30 minutes and it will be easier to scoop. 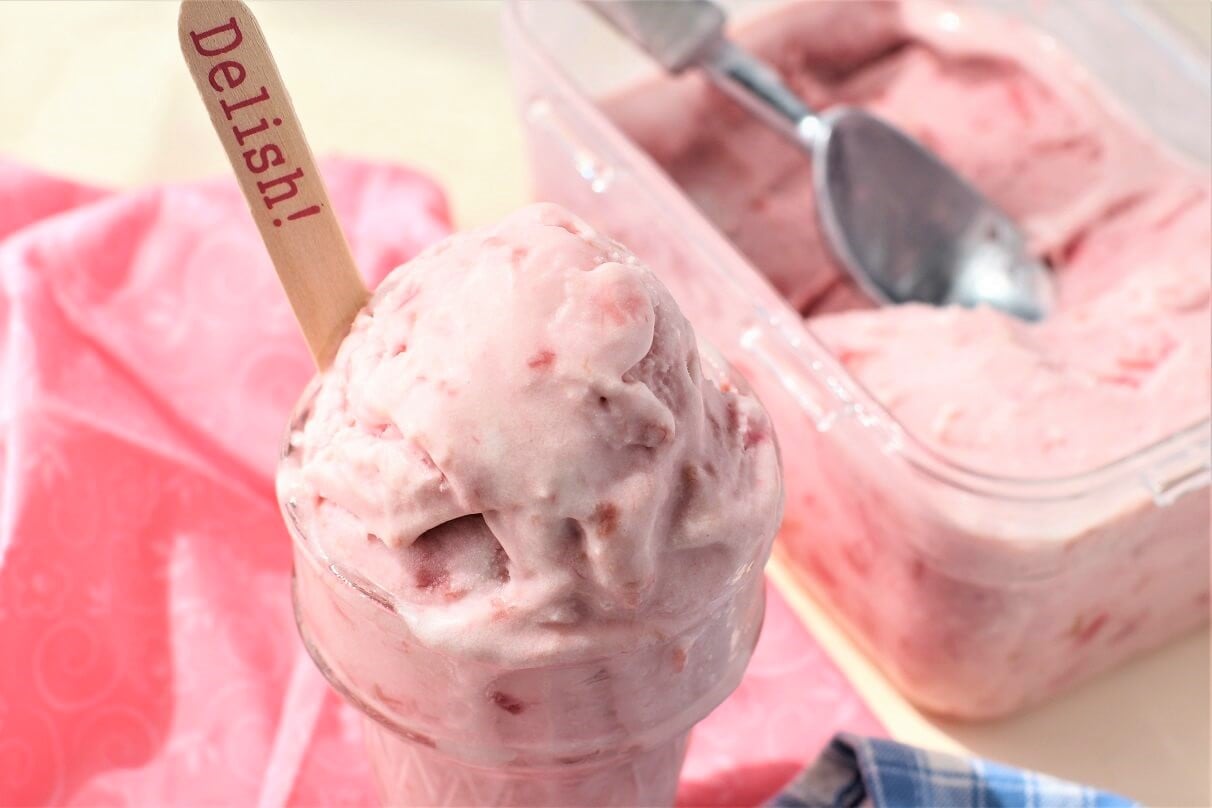 for the ice cream base:

24 hours before churning the ice cream, place the canister for the ice cream machine into the freezer to make sure it is frozen solid.

Prepare the rhubarb: Put the rhubarb into a small saucepan with the water and honey. 1 tablespoon doesn’t seem like much water, but you just need enough to moisten the bottom of the pot so it doesn’t burn in the first minute or two, until the rhubarb starts releasing its own water. Stir it often until there’s enough liquid in the pot so the rhubarb can cook in its own juices. Bring it to boil, then reduce the heat to medium-low, cover, and cook it, stirring occasionally, until the rhubarb is just soft but still stays in chunks (about 5 minutes). Let the rhubarb sauce cool, then chill it for 3 to 4 hours or overnight.

Prepare the ice cream base: Scrape the contents of one of the cans of coconut milk into a large 2 quart saucepan. Whisk in the arrowroot powder and the salt.

Heat over medium-high heat, stirring constantly, until bubbles just start to form and the mixture is thickened. Do not let it come to a full rolling boil or it will lose its thickness – though it will still be fine in the ice-cream.

Remove from heat and whisk in the honey until it is melted. Add the remaining can of coconut milk and the vanilla and whisk until smooth.

Pour the mixture into a container and cover with a lid or plastic wrap. Chill for 3 to 4 hours or overnight.

Make the ice cream: Put the ice cream base into the canister of the ice cream maker and add about ⅓ of the rhubarb sauce. This will ensure the flavour gets mixed throughout; you'll add the remainder near the end of the churning time so most of the chunks stay intact.

Churn according to the ice cream machine manufacturer’s instructions. Add the remainder of the rhubarb sauce a few seconds before the ice cream is finished and allow it to be stirred in by the churning motion of the machine.

Eat immediately for soft-serve texture, or pack into a freezer container and freeze for 3 to 4 hours if a firmer consistency is desired. If  the ice cream has frozen really hard, remove from the freezer for 25 to 30 minutes to allow it soften enough to scoop easily. 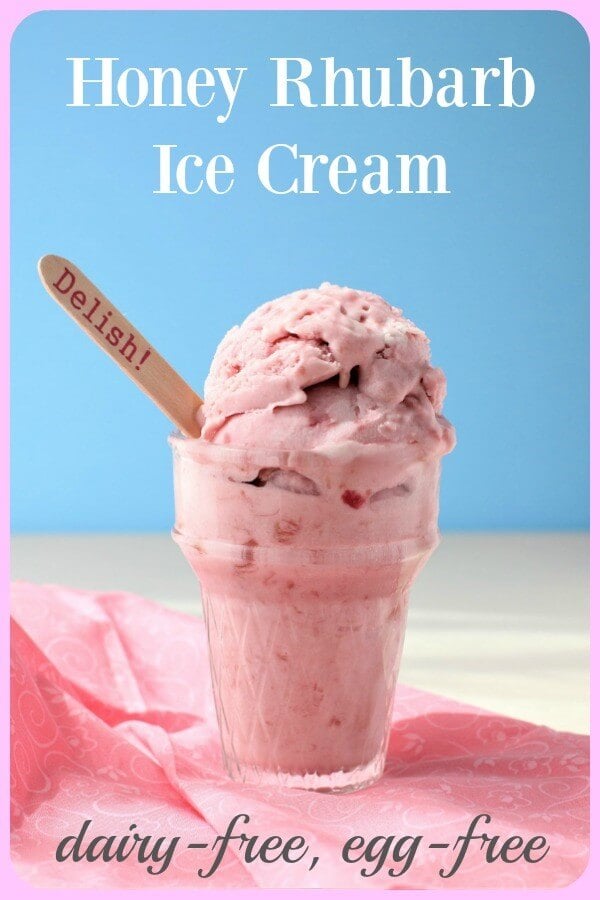