The gingery zip of a Moscow Mule makes it an equally perfect drink after a day on the slopes or under the hot summer sun. 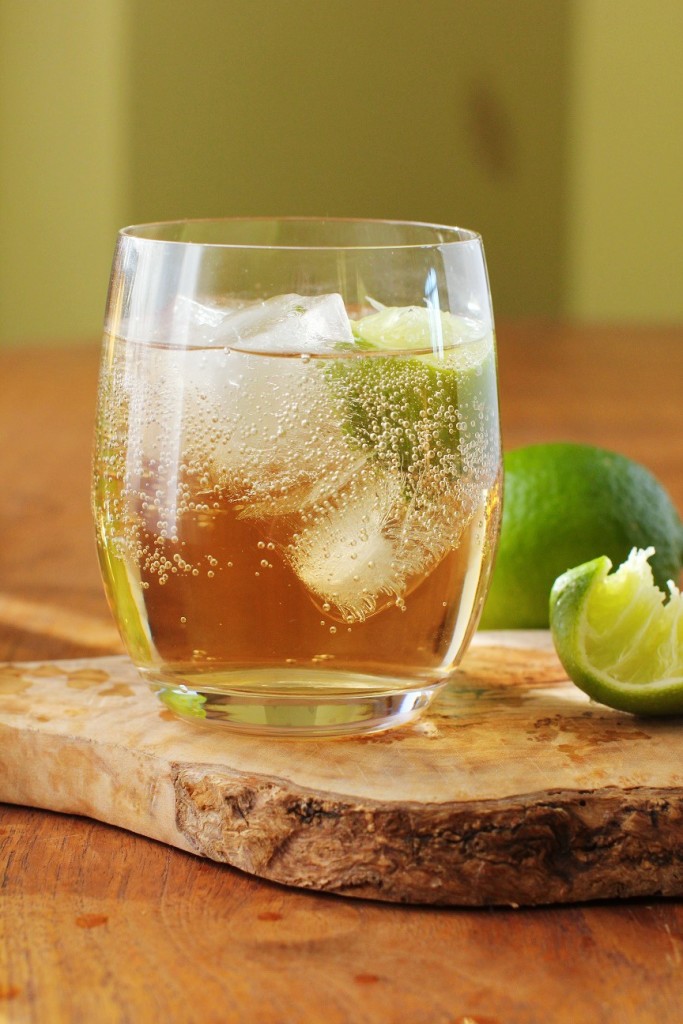 We're just back from a few days skiing at Sun Peaks Ski Resort in beautiful British Columbia. What a wonderful getaway.

I love going to Sun Peaks - you're driving down the highway and the landscape is barren and brown. You turn off onto the road up to the mountain, and you think How can we ski? Where's the snow? Then a couple kilometres before the ski hill, you start to see a bit of dirty snow lining the sides of the road, then there's a bit more filling the ditches, and then suddenly you're at the top, and the world is white.

The homes and hotels in Canada's Alpine Village are groaning under their heavy blanket of snow. It lays on roofs in 3 foot thick swathes, and drips off icicles as tall as a small child. Stationary cars are buried under fluffy marshmallow mounds and the covered bridge linking the three mountains is a pillowy white tunnel. You've reached some of Canada's best skiing country. In the gathering dusk, the twinkling lights strung through the trees greet you as happy skiers swoosh down the streets of the village after an exhilarating day on the slopes. 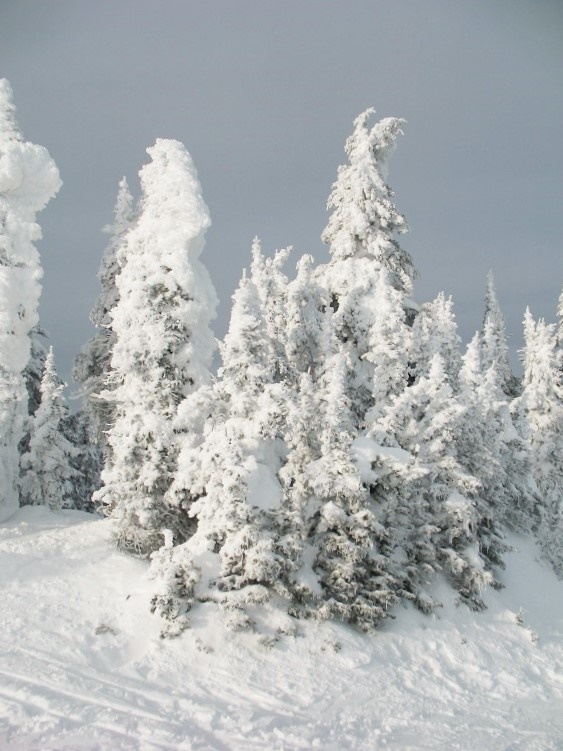 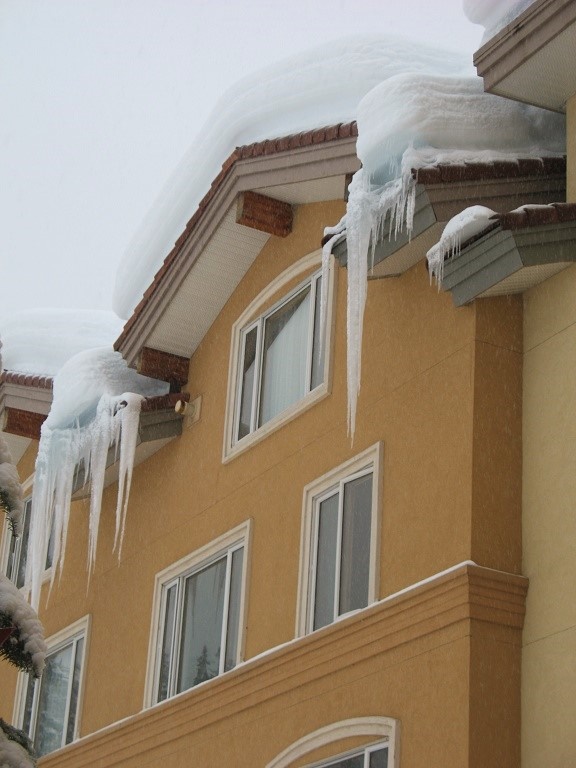 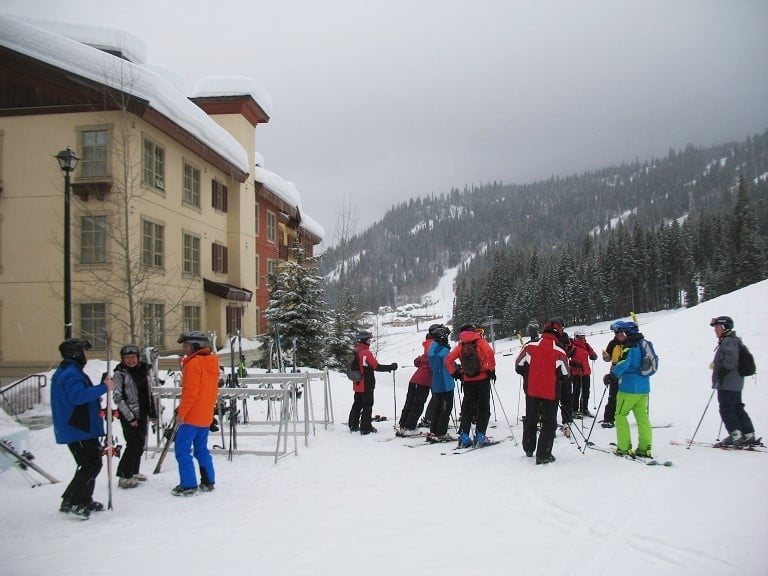 It'd been three years since we last went skiing, after my unfortunate accident the last time we were at Sun Peaks, so I took it pretty easy - stayed mostly on the green runs, and went sloooowww - which meant I got to enjoy the spectacular scenery in every direction.

Andreas, on the other hand, didn't need to take the same precautions.

I did what I usually do when we go skiing at Sun Peaks - packed coolers full of food (much easier with all our family's food allergies). We stay in a unit with a small kitchen - it's right on the hill and we can ski up to the door when it's time to take a lunch break. I usually pack chilis, stews, and meaty pasta sauces, which I freeze ahead of time, then plunk into the slow cooker to simmer while we ski. When we come in feeling wiped out after a day of skiing, the delicious aromas of supper cooking greet us.

After a hot belly-warming meal, and a soak in the hot tub, it's time for a nice drink and a game of cards or a bit of lounging around. This year we were mightily enjoying our Moscow Mules - those retro cocktails that are making a big comeback. They're named Moscow after the vodka (historically a Russian spirit) and Mule after the kick they get from the fiery ginger beer.

I love the story of how the Moscow Mule was invented. I found this old copper Mule mug in a second hand store years ago, not realizing what it was for but liking its warm look. Now I can put it to its proper use.

Kitchen Frau Notes: The brand of ginger beer you use can make quite a difference in this cocktail. Make sure you use a good quality Jamaican style ginger beer - which is a strong-ginger-flavoured, non-alcoholic, carbonated beverage. (I have had one brand, Fentimans, which actually tasted quite weak and watery when mixed in the cocktail.) We like The Great Jamaican Old Tyme brand which I can buy at Safeway, but I know I've used other good brands in the past - just can't remember their names. When you try to drink the ginger beer straight it's almost too strong to swallow - makes me cough - but somehow magic happens when you add the lime juice and vodka - mellows it out just perfectly.

If you want a stronger drink, use 2 oz/4 tablespoons/¼ cup vodka. If you really can't get your hands on ginger beer (it is worth hunting down for this drink), you could make it with ginger ale, though then I think you'd have to call it a Moscow Pony, because it just wouldn't have the same attitude . 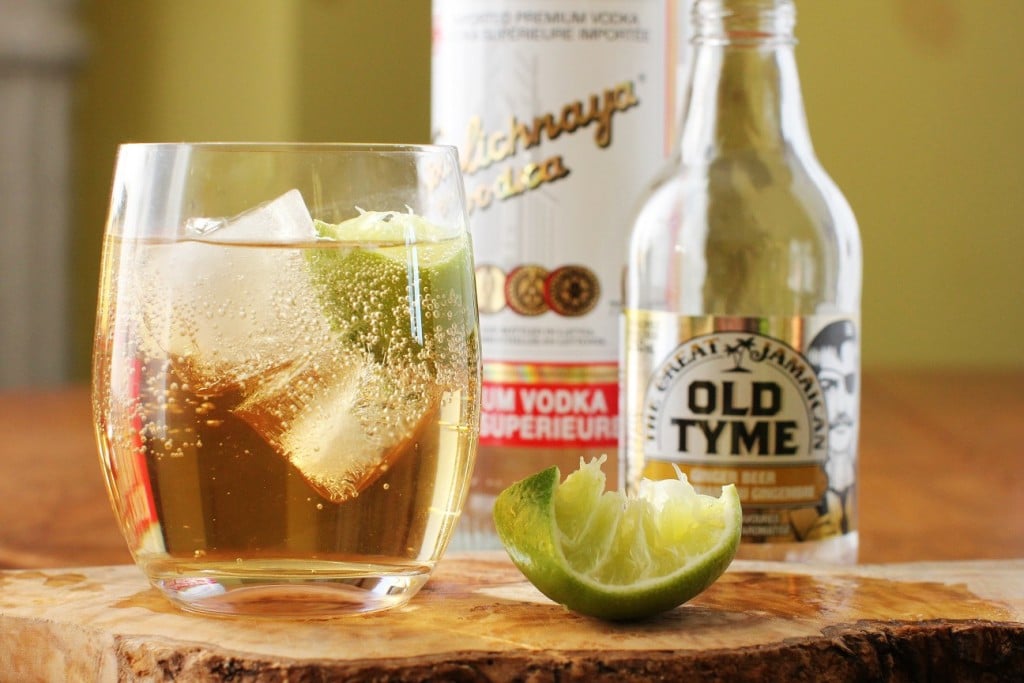 Fill a cocktail glass or copper Moscow Mule mug with ice cubes. Splash in the vodka. Squeeze in the lime juice, then cut the spent lime peel in half and drop one of the pieces into the glass. (Or add a half slice of fresh lime.) Top with the ginger beer and stir gently.

Meatzza Pizza and More Sunshine on the Mountains

Sunshine on the Mountains