If you’ve never grilled mushrooms before, you’re in for a surprise. With a few simple tricks they can be incredibly juicy and flavourful – a wonderful addition to any grilled or barbecued meal. (Skip to recipe.) 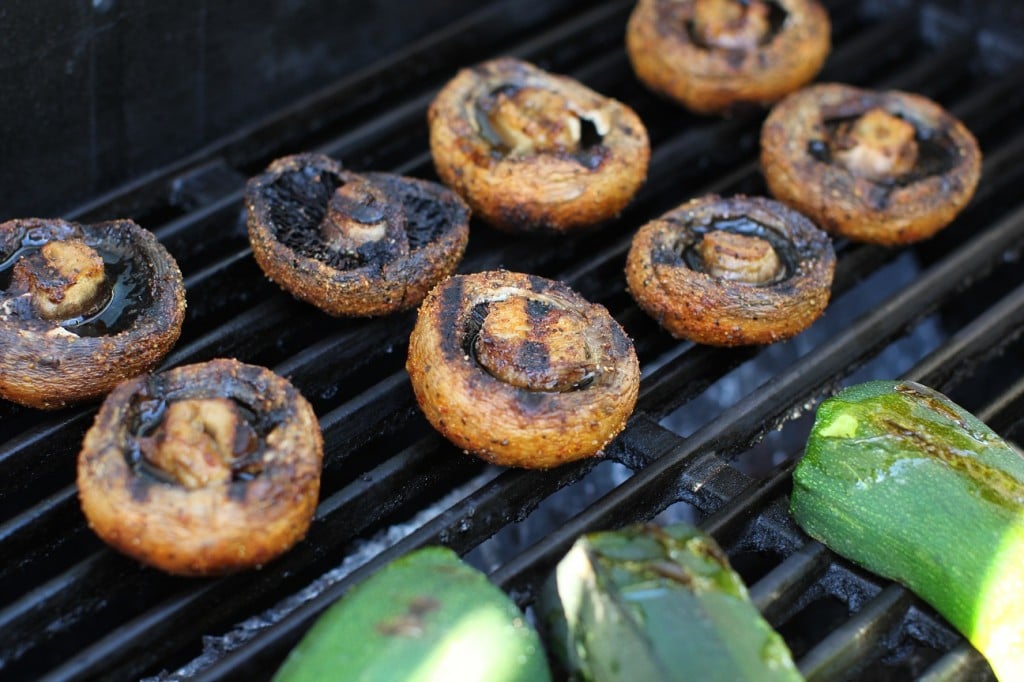 These grilled mushrooms are so simple and so surprisingly juicy and tasty I just had to share them quickly with you.

We are in the midst of a flurry of packing and repacking and organizing and list-making and loading and piling and panicking. Later today we pick up our German exchange student from the airport and tomorrow, bright and early, we drag the poor unsuspecting guy on a 12 hour road trip to the cabin at the lake in northern B.C. That’s 12 hours crowded in the van with 4 of us, a big dog, and all the food and gear to last us for 9 days. Cozy, huh? He’ll get to know us fast. It’ll all be worth it when we get to the lake, but meanwhile chaos reigns supreme – like all good preparation days before holidays. There’d be nothing to relax from if all went smoothly in the days before the vacation, would there?

Back to the mushrooms, though. I just had to quickly pass them on to you before we leave, ’cause summer’s still here and grilling is still great. I’ve made them often this summer -three times in the past week, and they were always devoured to rave reviews. Andreas begged – Next time Mom, can you make way more? Poor hungry boy – I guess five sausages, a mound of grilled potato slices, several zucchini halves, green salad, and several slabs of cake for dessert weren’t enough. He needed more of the mushrooms, too.

The idea is simple: toss some nice big mushrooms in a slosh of olive oil, sprinkle on a bit of spice, and grill to toothsome, juicy perfection. Why I’ve never grilled mushrooms before, I don’t know, but we’ve missed out.

Kitchen Frau Notes: Try to choose nice large mushrooms – they’re easier to handle on the grill. I haven’t given an exact grilling time or temperature, because it all depends on your barbecue and what else you are grilling at the time. We usually do them on medium-low heat, with the barbecue lid closed, for about 8 minutes each side, but it all depends on how big the mushrooms are, too.

I count on about 3 large mushrooms per person – but Andreas would recommend more.

The spice mix makes more than you need but the extra bit is great sprinkled on other vegetables you might be grilling, or saved and used to season other cooked dishes.

The simple but most important trick is to start the mushrooms stem-side-down, then finish them stem-up so that the bowl of the cap collects the juices, then remove them from the grill carefully so the flavourful liquid stays inside the mushroom cap.

Kitchen Frau Lazy Secret: Don’t tell, but sometimes when I’ve been in a real rush, I haven’t bothered to make the spice mix, just tossed the mushrooms in the olive oil and a liberal sprinkling of store-bought garlic pepper seasoning and they were pretty great, too! Shhh. 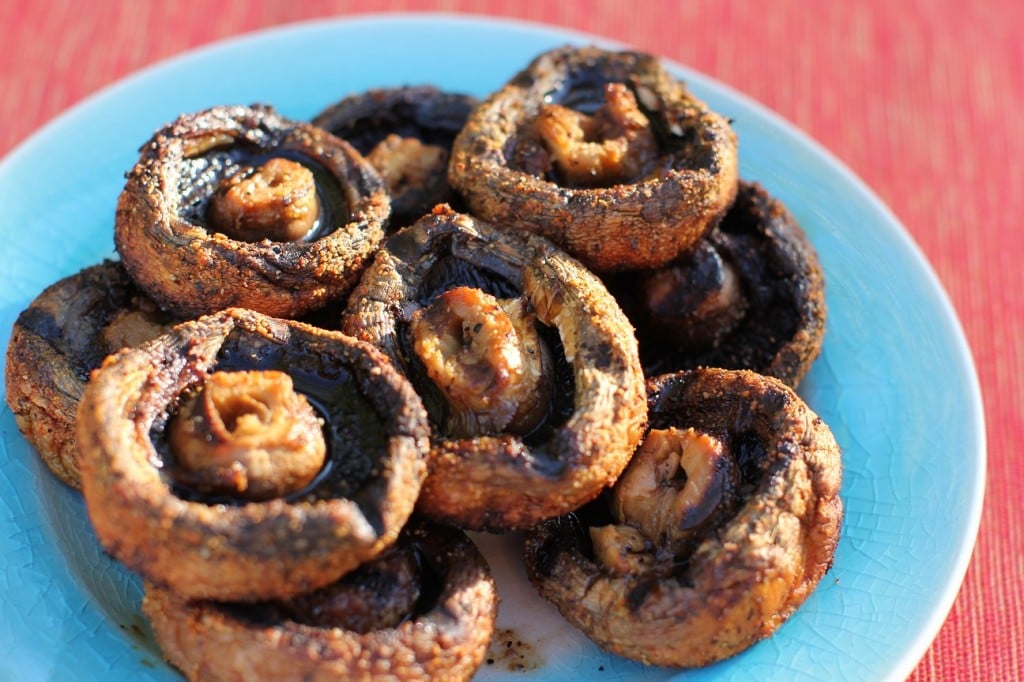 Mix the salt, pepper, paprika, garlic powder and onion powder in a small bowl and set aside.

Rinse the mushrooms quickly (trying not to get too much water into the gills) and pat them dry with a clean dish towel or paper towel.

Trim the stems so they are even with the caps. (Reserve the stems to chop and season other dishes.) 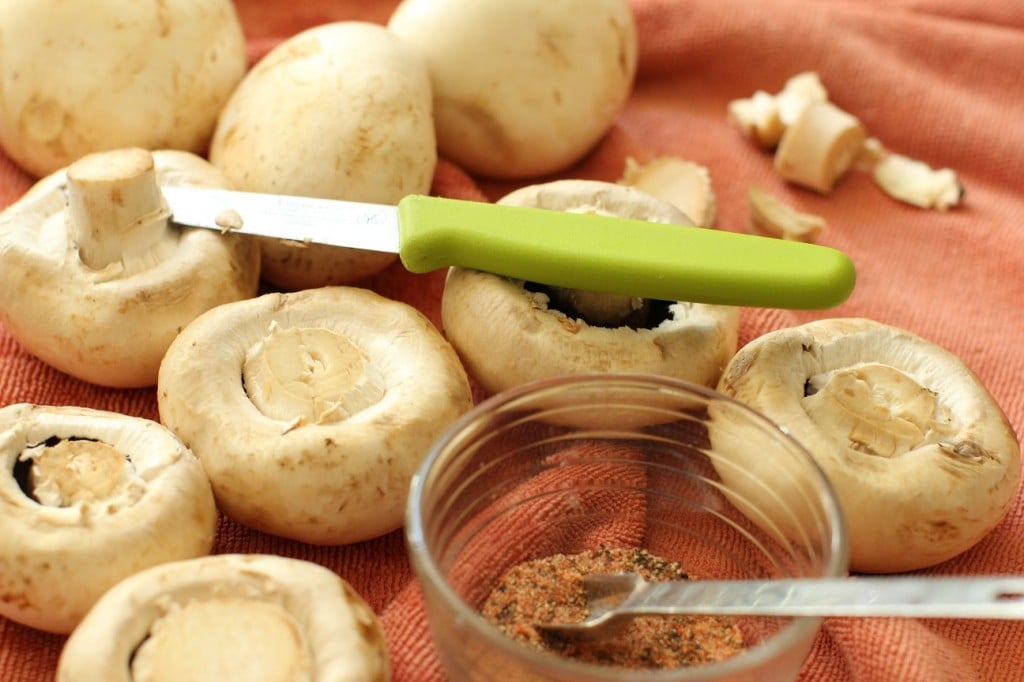 Place the mushrooms in a large bowl, and drizzle with the olive oil. Toss gently with a rubber spatula until the mushrooms are coated and all the oil has been absorbed into them. 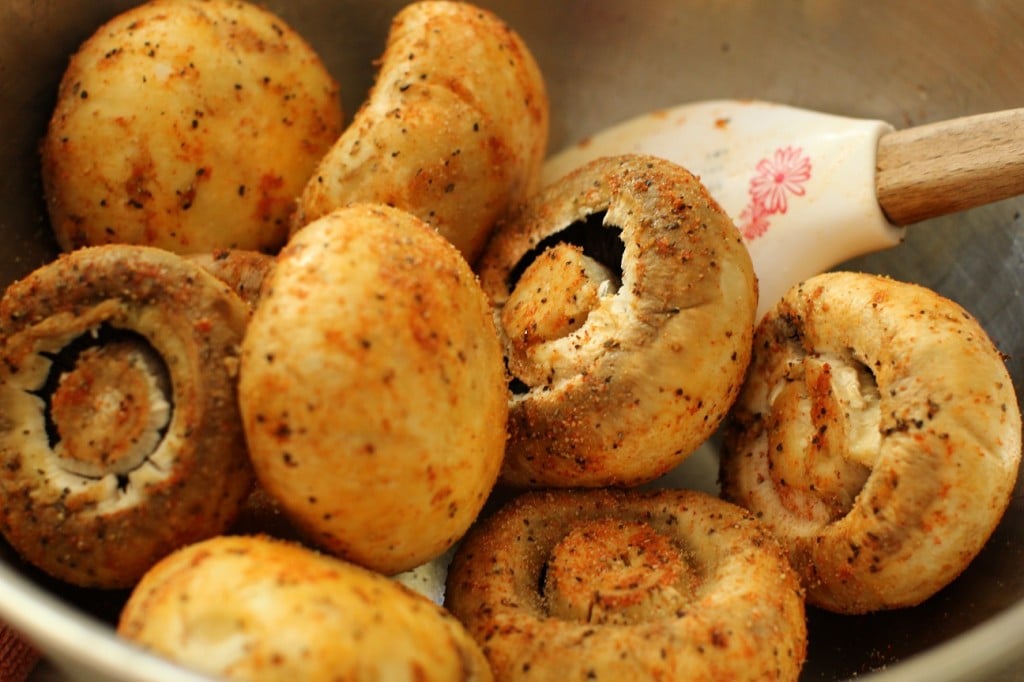 Preheat the barbecue to medium-low heat, and lay the mushrooms on the grill stem-side-down. (This is important.) 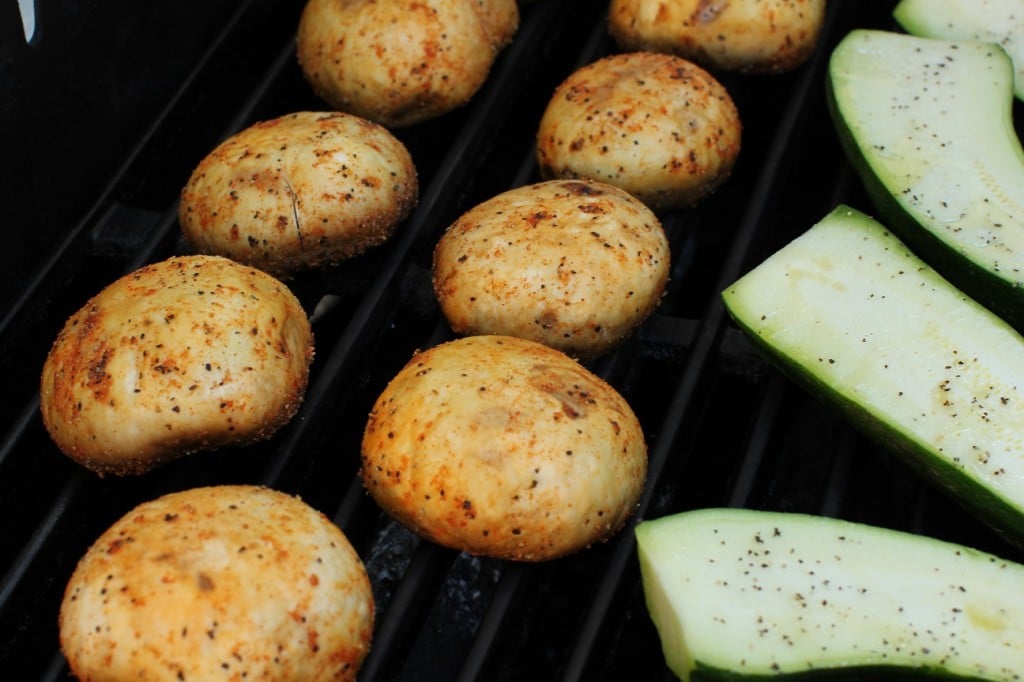 Grill about 8 to 10 minutes, then turn them over and grill another 7 to 8 minutes, just until they are nicely starting to shrivel a bit, and have mushroom liquid collecting in the caps. With tongs, remove the grilled mushrooms to a plate, making sure to hold them level so as not to lose the flavourful juices. 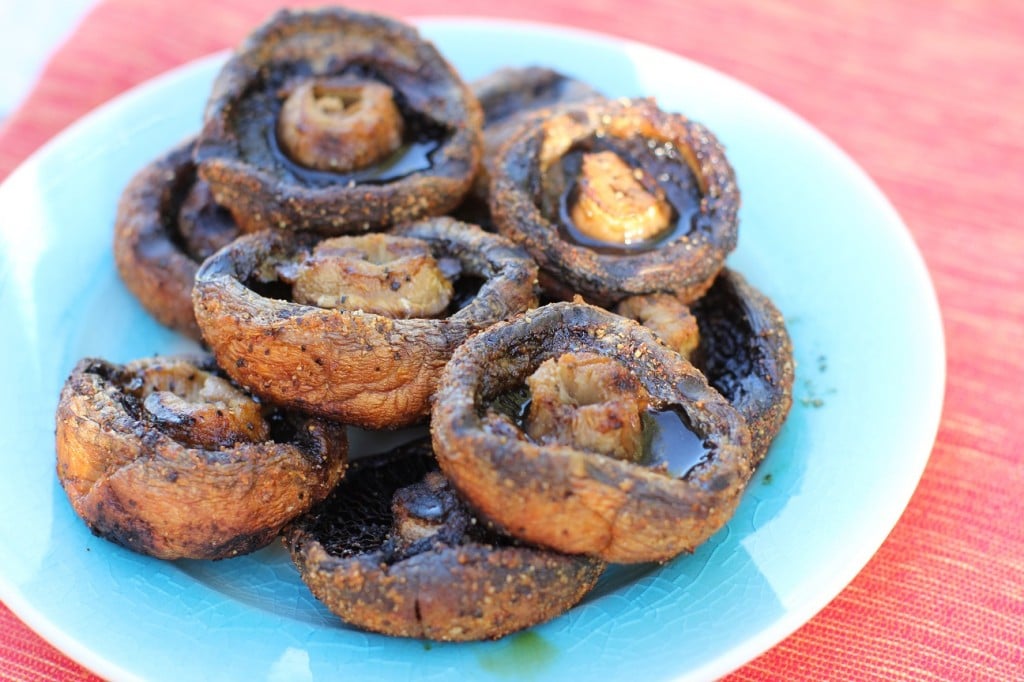 Look at those lovely juices!

Serves 4 – These go well with barbecued meats and other grilled vegetables.

Grilled Corn on the Cob Slathered with Chipotle Cream

Fresh Trout, Morels and a Side of Bannock