Such a simple creamy drink that tastes absolutely decadent. Indulge in banana milk instead of a milkshake in the summertime or instead of eggnog in the wintertime. (Skip to recipe.)

I love getting new food ideas from friends. I love the camaraderie and coziness that comes from chopping and chatting in the kitchen as we share recipes and stories. And I love it even better when those recipes only need a few ingredients, are quick to put together, and are an instant hit with the family, destined to be made again and again.

I often put frozen bananas in shakes, along with other ingredients, like in the Nutty Monkey Smoothie full of peanutty banana flavour. But the simplicity of combining banana and milk and serving it as a creamy dessert . . . genius. Sometimes, after a rich meal, that is just the right touch. I tend to think that if I am going to make a dessert it has to be complicated and involve lots of ingredients and some oven or freezer time. But banana milk only needs a blender and some fancy glasses - maybe a dollop of whipped cream, and it has a presence of its own.

Or pour it in a big mug or travel cup, and it's a breakfast drink you can gulp while rushing around in the morning looking for your other sock. 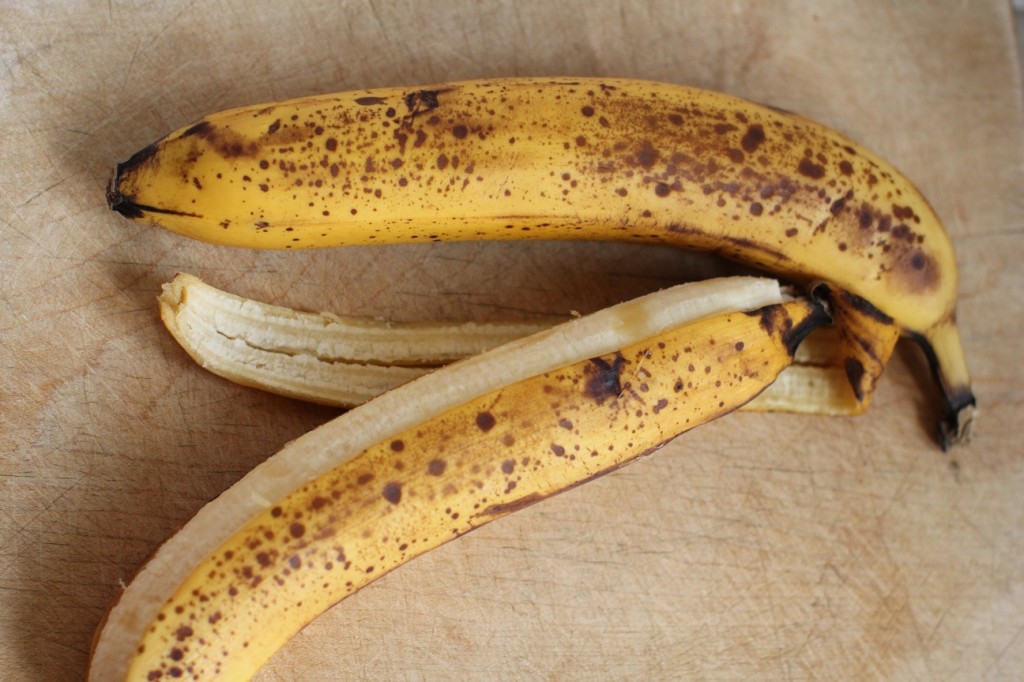 Simone, our almost-daughter (previous German exchange student), was here to visit us for the month of September. It was so great to have her back, and we spent some happy hours puttering around in the kitchen together. She showed me how to make this banana milk, and I've made it several times since she left.

Kitchen Frau Notes: The cream is optional, but it makes this drink oh-so-lovely if serving it as a dessert, as does the dollop of whipped cream on top.  If I was just making the banana milk as a snack or breakfast drink, I'd leave the cream out. I've made the drink with almond milk and it was very tasty, too.

The riper the bananas, the sweeter the drink, so try to use bananas that at least have some brown speckles starting to form on them. Riper is better. 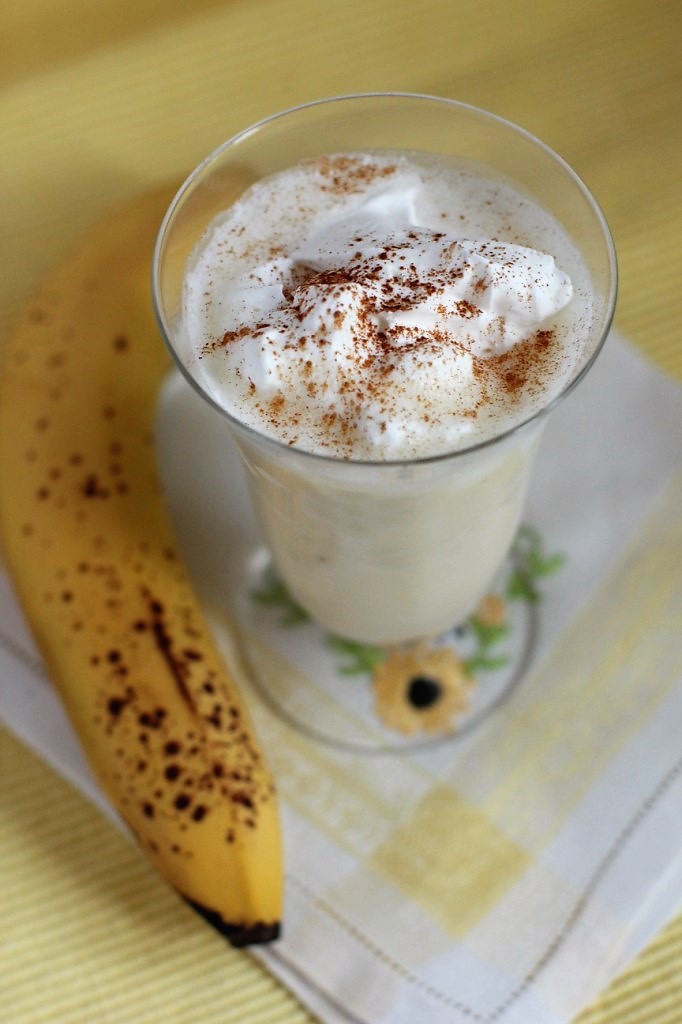 Place the bananas, milk, cream (if you are using it), and vanilla in a blender, and blend until smooth. Or place them in a jug and whiz them with an immersion blender, like Simone did: 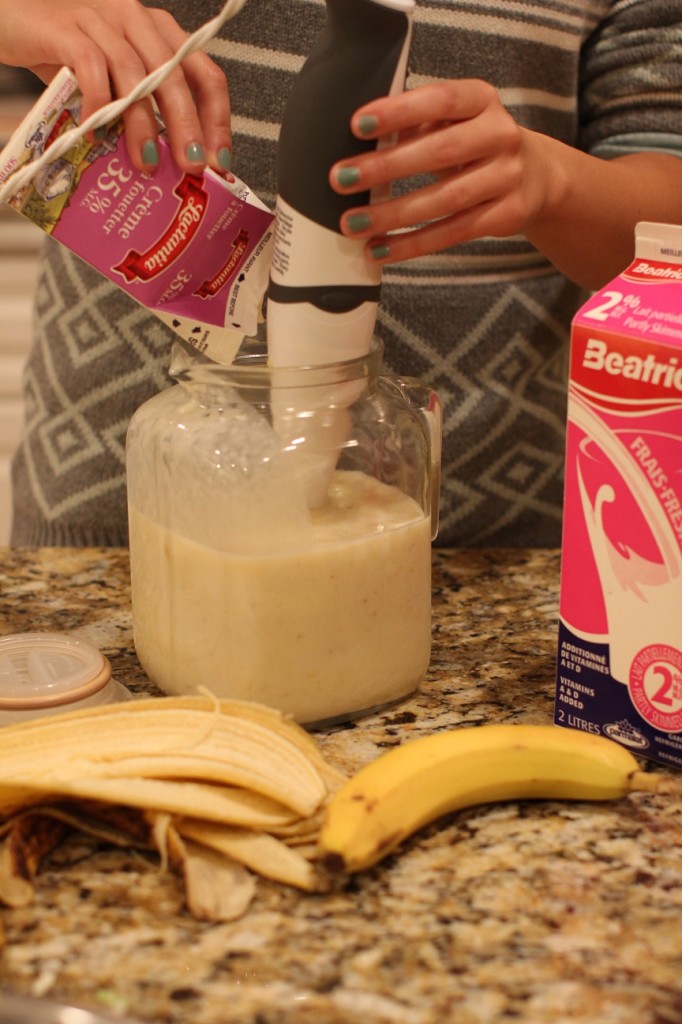 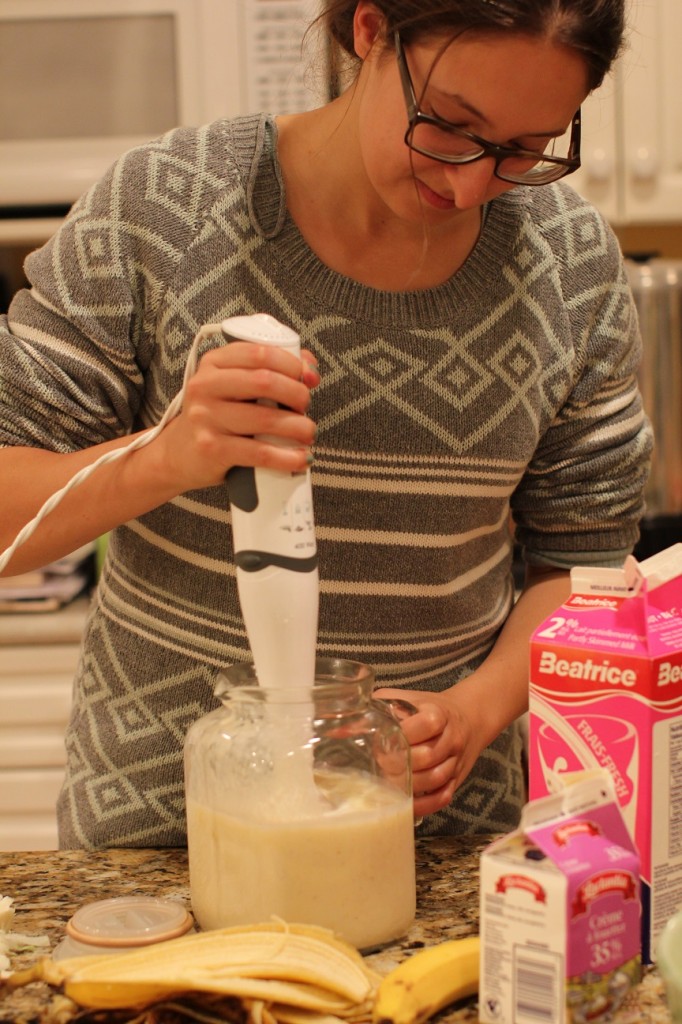 Pour into glasses and dollop with whipped cream if desired. Sprinkle with cinnamon and serve. 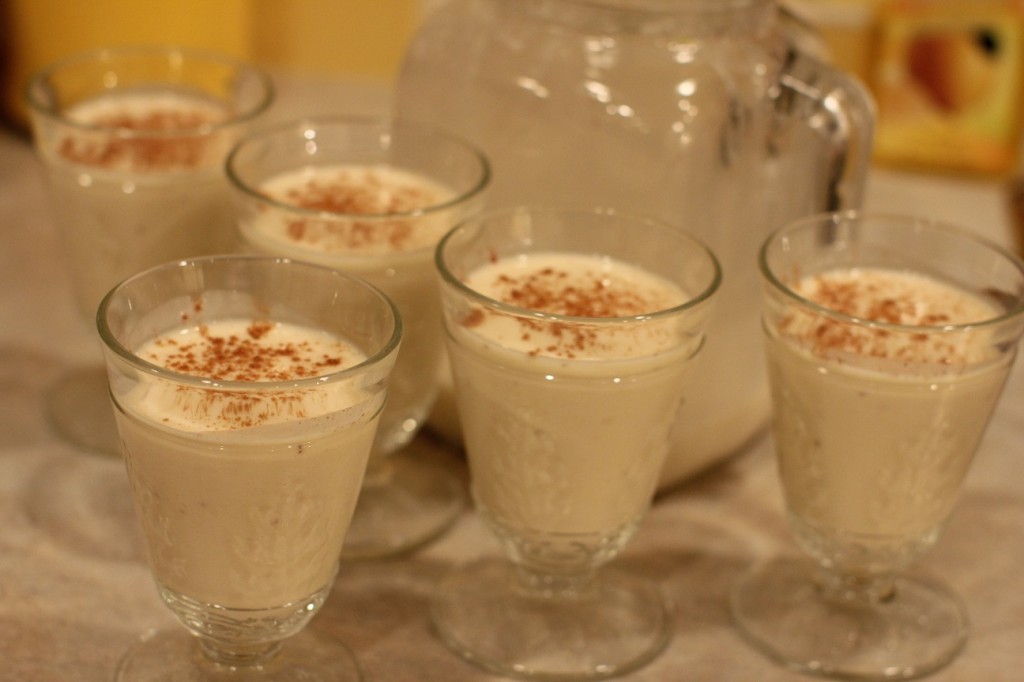 « Tomato Mulligan - It's a Soup, It's a Stew, It's a Side Dish
Shipwreck Casserole - Dinner in the Slowcooker »