Fresh apple beet juice has healing properties for digestive problems, plus it just tastes good. It's like the sweet, earthy essence of the summer garden in a glass. (Skip to recipe.) 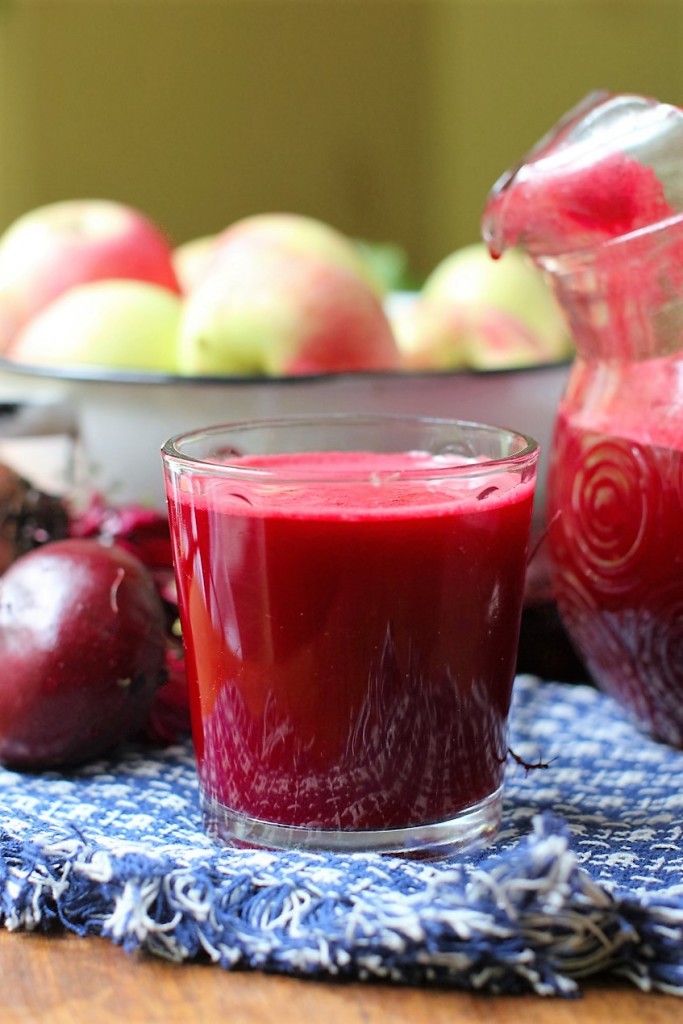 Thirteen years ago I had a mysterious and debilitating medical issue. Quite suddenly, and for no apparent reason, every bite of food I ate caused me severe abdominal pain - the kind that had me curled up in a ball on the couch, clutching my stomach and moaning as the pain washed over me. It started with stomach aches and cramps while we were visiting at my parents' remote cabin in B.C. at the end of the summer. At first I thought it was just some kind of flu and that I had to tough it out. But as the days went by, the pain got worse instead of better.

After we got home from the cabin, I went to my doctor and she did all kinds of tests and sent me for an emergency ultrasound, speculating gall bladder issues. Everything came back negative. There seemed to be no medical reason for me to be experiencing this type of pain. Meanwhile, I had a family to cook for; husband and four children between the ages of 6 and 16 plus a teenage German exchange student. It was all I could do to get meals on the table and then go lay down on the couch. The only food I could tolerate was oatmeal cooked into a thin soup-like gruel, which didn't cause too much pain to sip on slowly. I lost 13 pounds in 14 days, and none of the medications the doctor prescribed helped in the slightest. I remember laying curled up in pain on the deck swing outside, with tears rolling down my cheeks, terrified of what was happening to me. 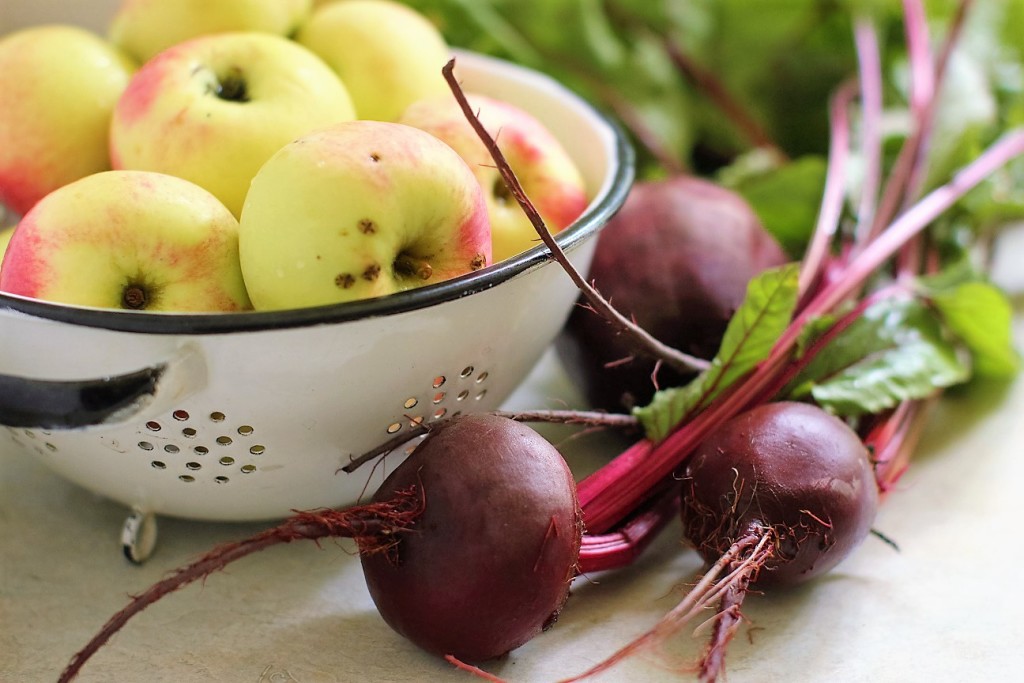 I was desperate. I read everything I could find in the health books I had (wasn't doing much computer research at the time), and I kept coming across the benefits of beets for healing digestive issues. I read somewhere that a three-day fast of apple and beet juice helped some people with stomach problems, and a Swiss friend of mine told how they were always given a raw apple to eat when they had stomach aches as a child.

Well, it was September, and we had a ton of organically grown beets in our garden. I bought a few bags of organic apples at the health food store and began juicing. I mixed up equal quantities of fresh apple juice and beet juice and started sipping that. My stomach seemed to tolerate it. I felt hopeful. 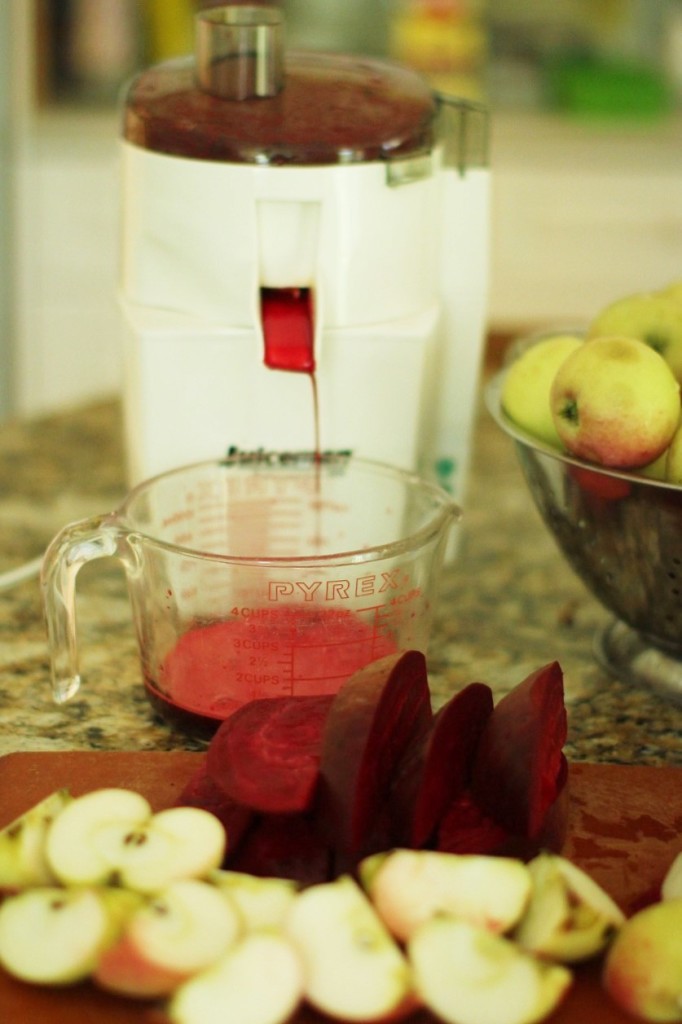 After one day of only drinking this apple beet juice all day long, I started to feel slightly better. By the third day I was almost feeling like myself. But I was so scared to try eating regular food and triggering my symptoms again that I kept up the beet juice fast for three more days. 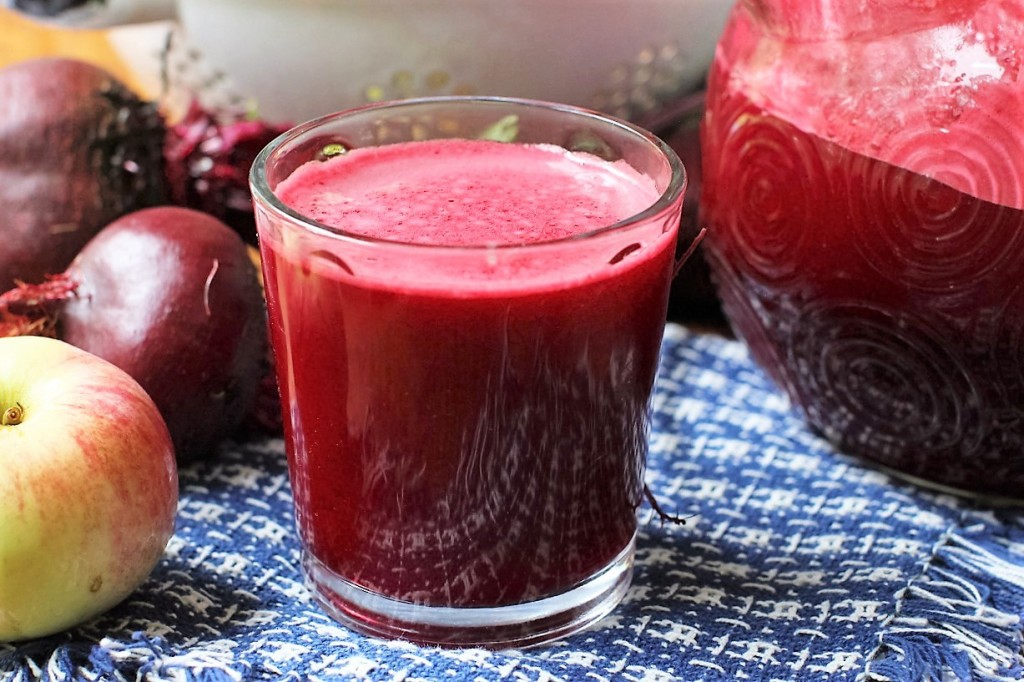 As I slowly started reintroducing food, I was elated to find that I was my same old self and all the pain was gone.

I have no idea to this day what was happening in my system at the time.

The symptoms came back once more about a year later, though milder this time. I immediately started my apple and beet juice protocol, and was able to have the pain all gone within a few days. 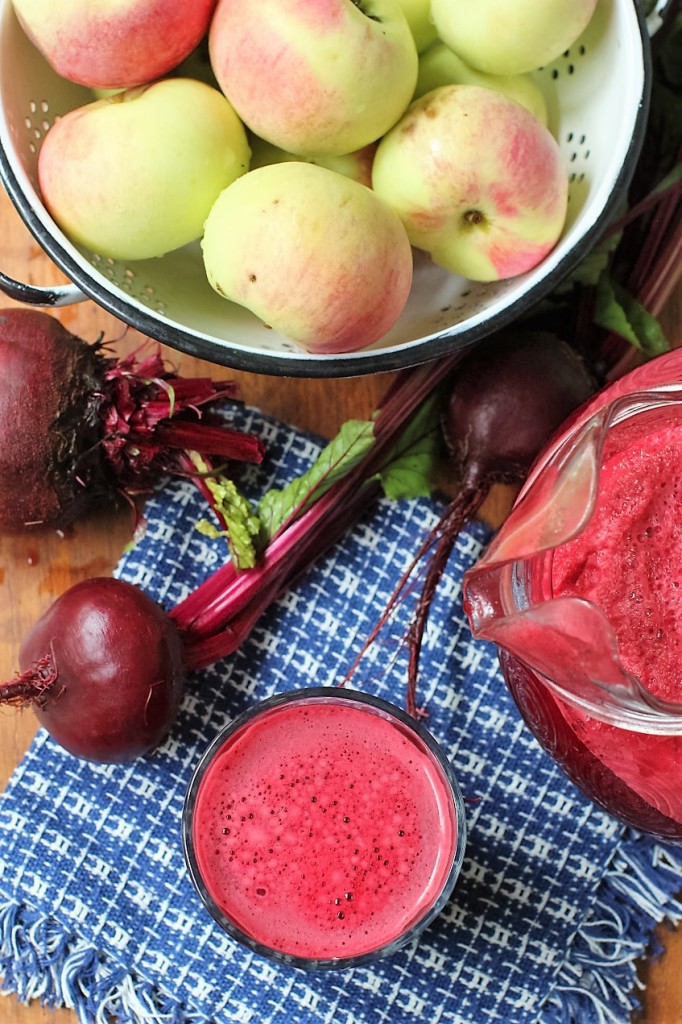 I've never experienced those awful symptoms again, and still don't know what they were all about, but I do know that the beet juice cured me.

I know that sounds like a trumped up testimony, but it is the truth of what happened to me. I now make up a few batches of apple and beet juice every fall, and drink it with such gratitude. The humble and earthy beet and sweet apple, fruit of antiquity, will always make me think of healing.

An apple (and a beet) a day really does keep the doctor away!

Kitchen Frau Notes: I make no claims for any specific healing properties of these juices and can only offer my personal story. The apple beet juice seemed to heal my digestive problems, although I don't know what the medical condition was. Aside from that, raw fruit and vegetable juices promote good health in general because of the vitamins, minerals, phytonutrients, antioxidants, and enzymes they contain. They also just taste good! 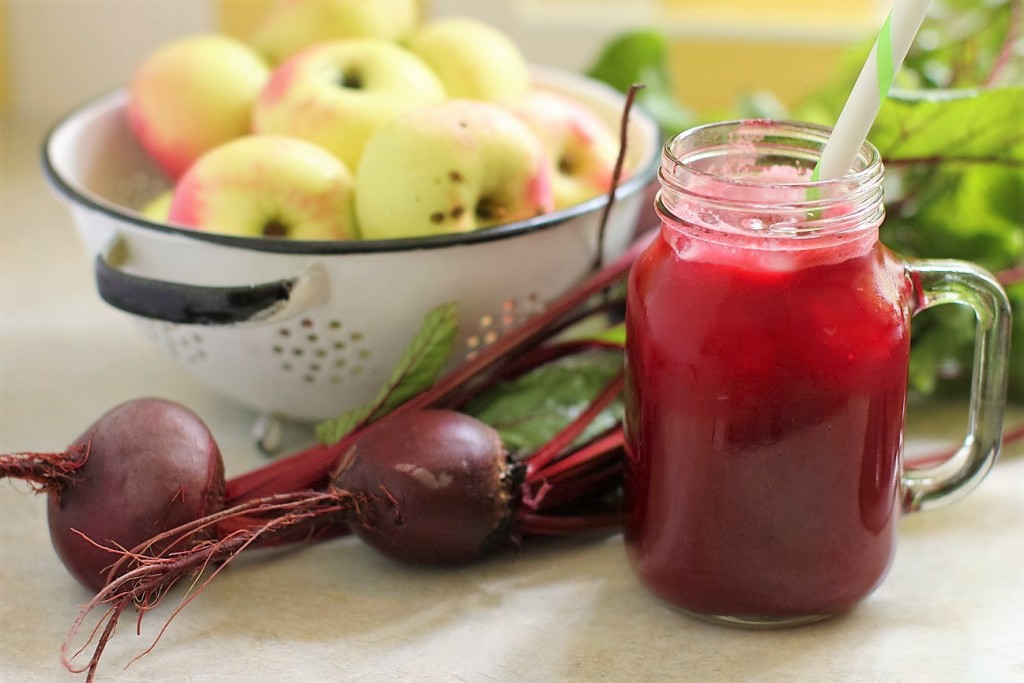 Wash and trim any blemishes from the apples and beets. Cut the tops and roots off the beets, then peel off the woody skin around the top of the beets with a paring knife. You can leave the rest of the peel on. Leave the peel and cores on the apples. Cut the beets and apples in halves or quarters, small enough to fit into the feed tube of the juicer.

Juice the apples and the beets separately in an electric juicer appliance, then combine equal amounts of the two juices. Keep refrigerated for up to 3 days. Stir before using.

It tastes best when chilled, or served with a few ice cubes.

Hot Honey, Lemon, and Ginger Tea for a Cold 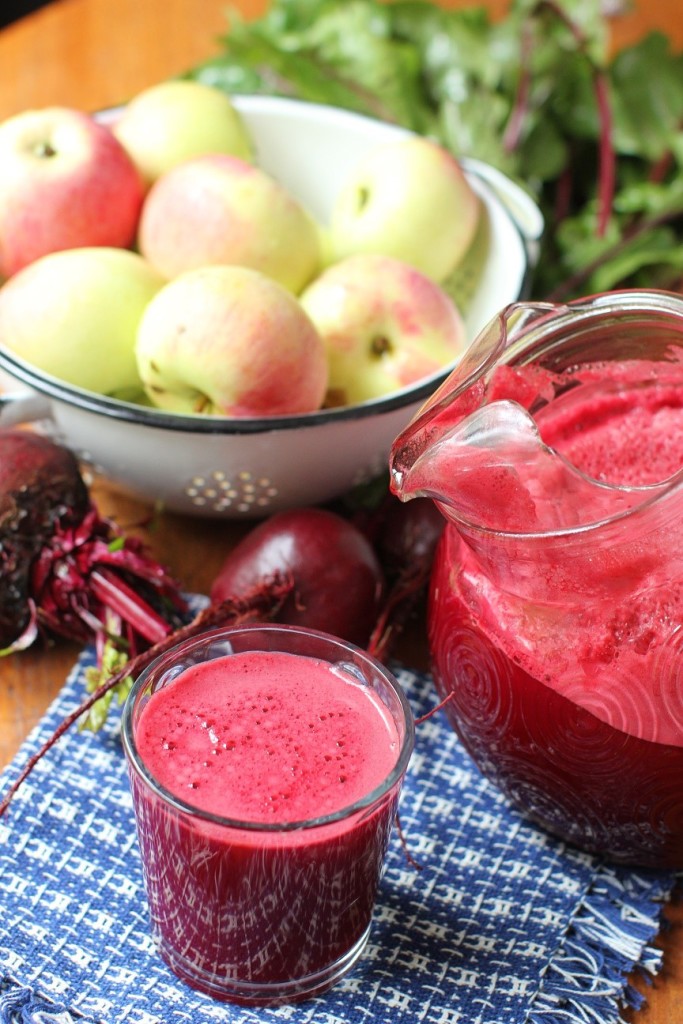